Agoraphobia and Panic Disorder in Adolescence

Katharina Star, PhD
Katharina Star, PhD, is an expert on anxiety and panic disorder. Dr. Star is a professional counselor, and she is trained in creative art therapies and mindfulness.
Learn about our editorial process
Medically reviewed
Verywell Mind articles are reviewed by board-certified physicians and mental healthcare professionals. Medical Reviewers confirm the content is thorough and accurate, reflecting the latest evidence-based research. Content is reviewed before publication and upon substantial updates. Learn more.
by
Ann-Louise T. Lockhart, PsyD, ABPP

Panic disorder is a type of anxiety disorder that is often diagnosed in adults. Age of onset for panic disorder typically occurs in late adolescence and early adulthood but can begin in the early teen years or even childhood. Teenagers with panic disorder often experience the condition in ways similar to adults.

Teenagers with panic disorder may experience these attacks through a combination of frightening somatic sensations and disturbing thoughts and perceptions. Some of the most common physical symptoms of panic attacks include:

These attacks are often accompanied by feelings of losing touch with oneself and one’s surroundings. Known as derealization and depersonalization, these symptoms can make a teenager feel as if they are escaping from reality. Given how scary these symptoms can be, it's not uncommon for a teenager to think that a panic attack is a life-threatening medical condition.

Many teens that experience panic attacks become afraid that they're going to lose control, go crazy, or even possibly die from the attack.

Since panic attacks can be a terrifying experience, many teenagers with panic disorder will try to avoid them at all costs. This often means that the teen will start avoiding different places, circumstances, and situations that they believe are contributing to their experience with panic attacks.

Approximately one-third of people with panic disorder will develop a separate mental health condition known as agoraphobia. This disorder involves a fear of having a panic attack in places or situations from which it would be difficult and/or embarrassing to escape.

Teens with agoraphobia will often experience their fears in clusters of similar avoidances. For instance, a teenager struggling with agoraphobia may become afraid of crowds, staying away from large groups such as the school cafeteria, malls, sporting events, or other social situations. Some may become afraid of transportation, becoming fearful of driving on the freeway or being on a school bus.

Some teens may become so fearful of different circumstances that they only feel safe within a small radius outside their homes.

Avoidance can become so extreme, that just leaving the house causes a severe amount of anxiety, and the teen becomes homebound with agoraphobia.

Considering how concerned teens can be about fitting in, it's not surprising that many teens with panic disorder feel embarrassed about their condition. However, the severity of this condition may become worse when this shame develops into avoidance behaviors and agoraphobia.

The signs and symptoms of agoraphobia often develop within the first year of the teen's onset of panic attacks. If left untreated, the fears and avoidance behaviors associated with agoraphobia can worsen. In order to manage panic disorder and agoraphobia, it's important to seek treatment early on.

Girls are twice as likely as boys to experience anxiety disorders, which is why experts recommend routine anxiety screening for all girls and women over the age of 13. Screening can lead to earlier intervention, which can help prevent panic disorder and agoraphobia from getting worse and interfering with a teen's life and ability to function.

Common treatment options involve a combination of psychotherapy and medication. Treatment may also involve a technique known as systematic desensitization, in which the teen is gradually exposed to avoided and feared situations. Facing these situations can be made easier with the assistance and support of a loved one.

If you or a loved one are struggling with panic disorder or agoraphobia, contact the Substance Abuse and Mental Health Services Administration (SAMHSA) National Helpline at 1-800-662-4357 for information on support and treatment facilities in your area.

How Parents Can Help Teens With Panic Disorder
1 Source
Verywell Mind uses only high-quality sources, including peer-reviewed studies, to support the facts within our articles. Read our editorial process to learn more about how we fact-check and keep our content accurate, reliable, and trustworthy. 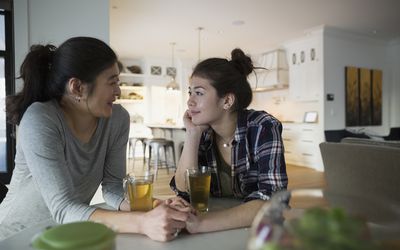 How Parents Can Help Teens With Panic Disorder 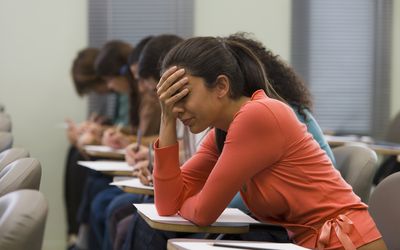 Panic Disorder and Anxiety in Teens 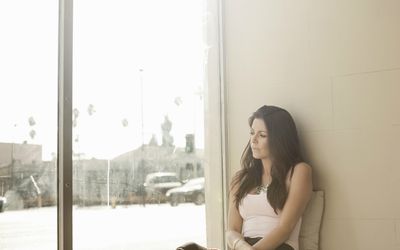 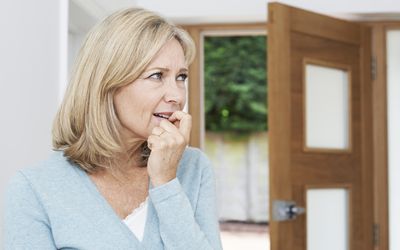 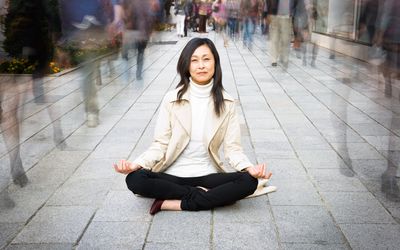 6 Tips for Dealing With Anxiety in Public Places 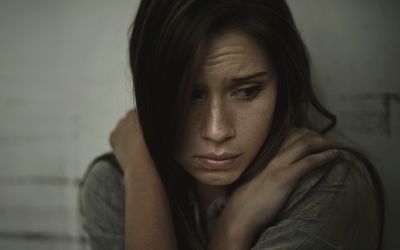