How Heavy Alcohol Use Can Damage Memory Function

Research shows that heavy alcohol use can damage short- and long-term memory and affect brain structure. There may be ways to lessen alcohol's effects on memory by reducing the amount of alcohol consumed and by using memory techniques to overcome memory loss issues.

Memory is divided is into retrospective (long-term) and prospective or working (short-term) memory. Retrospective memory is remembering all events and episodes that have happened in our lifetime.

Anyone can forget things from time to time, however, people who consume heavy amounts of alcohol have a tendency to make more memory mistakes than those who do not drink at all or those who do not drink on a regular basis. These mistakes can include recalling whether they had completed a task, such as locking the car or switching off the stove or forgetting where they put things.

Other examples of impairment of day-to-day memory can include:

Alcohol hinders the ability of the brain to transfer information from short-term memory to long-term storage. It is like a delivery truck on a route that gets sidetracked and never makes it to its destination. The delivery never made it; a person simply cannot remember things. These effects are most noticeable when a person is intoxicated.

People who drink heavily on a regular basis can damage a brain structure called the hippocampus. It is critical to memory and learning, and heavy drinking can cause the hippocampus to shrink.

One brain chemical system particularly susceptible to even small amounts of alcohol is called glutamate. Among other things, glutamate affects memory and may contribute to what causes some people to temporarily "blackout,” or forget much of what happened during a night of heavy drinking.

For a study published in Alcoholism: Clinical & Experiment Research, researchers looked at the amount of alcohol consumed and its effect on day-to-day memory.﻿﻿ The research showed a typically heavier drinker reported more than 30% more memory-related issues than someone who reportedly did not drink, and almost 25% more issues than those who stated they drank only small amounts of alcohol.

More specifically, those in the study who reported higher levels of alcohol consumption were more likely to miss appointments and important dates like birthdays—or forget to pay bills on time. Even in cases where those in the study stayed within a healthy drinking limit, researchers found a significant increase in memory loss issues.

Researchers are looking at multiple ways to help those who have experienced memory loss to recover brain function. Future event simulation (FES) is a memory technique involving strategies such as making linked and indexed lists. A study in Psychopharmacology in 2016 showed that FES helped people remember event-based tasks, but not time-based tasks.﻿﻿

Other National Institutes of Health reports have shown that abstaining from alcohol over several months to a year may allow structural brain changes to partially correct. Abstinence also can help reverse negative effects on thinking skills, including problem­ solving, memory, and attention. 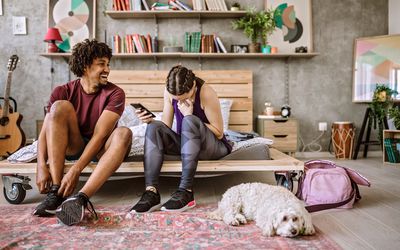 The Benefits of Quitting Alcohol