Anticholinergics are a class of drugs used to treat a wide range of medical conditions, from asthma to the side effects of certain psychiatric medications. They are also used to treat some symptoms of Parkinson’s disease.

They can help to decrease the involuntary movement of muscles in your body that are part of the disease. For instance, with Parkinson’s disease, anticholinergics are used to control tremors that are commonly characteristic of the condition.

However, when these plants were burned, other compounds like scopolamine and hyoscyamine, were released. These compounds had intoxicating and sometimes poisonous effects.﻿﻿﻿

Anticholinergics are a popular asthma treatment today. They were originally taken in the form of a cigarette or tobacco pipe for its medicinal benefits. This wasn’t very different from the centuries-old method of using atropine-containing plants and inhaling the smoke, to treat conditions that obstructed the airways.

In the 19th century, anticholinergic agents were introduced into medication for Parkinson’s. They were the first form of treatment for the condition.

As other more effective drugs for the condition were developed, the use of anticholinergics to treat Parkinson’s disease has since declined. This is largely due to the more severe side effects the medication can have on older people.

Anticholinergics work by blocking the action of a chemical messenger called acetylcholine. Acetylcholine is responsible for transferring signals that affect communication between nerves and certain types of muscles and organs in several parts of your body.﻿﻿﻿

Anticholinergics block this chemical messenger from binding to its receptors on the cells.

One of the most common uses of anticholinergics is as a treatment for asthma. They help to ease asthma symptoms by relaxing and enlarging the airways, which makes breathing easier. They are also used to treat a variety of conditions like urinary incontinence and motion sickness.

There are many types of pure anticholinergic medications and they all work in the same way—by blocking the actions of acetylcholine.

These types of anticholinergics generally can’t be bought over the counter, they can only be prescribed by a doctor.

The exact anticholinergic your doctor might prescribe for you depends on the condition that is being treated:

Some prescription and over-the-counter medications also have anticholinergic properties. This means that they can block the actions of acetylcholine, even though they are not formulated for that purpose. Medications that fall into this category include the following:

There are anticholinergics that are used to treat many conditions including:

Anticholinergics can also be used during surgery, to relax the muscles, reduce the secretion of saliva, and keep your heartbeat steady.

Anticholinergics are relatively safe but some people who take the medication might experience:﻿﻿﻿

It’s important to know that, unless necessary, the use of anticholinergics should be avoided in older people as side effects are far more common in the elderly, particularly cognitive effects.

When anticholinergics are used at high doses, one may experience more severe side effects. Some of these include:

More severe side effects are also more common in older people, which is why anticholinergics are used with caution, if at all, in the elderly.

Some research suggests that long-term use of anticholinergics may contribute to cognitive decline. A 2018 study evaluated the risk of older people who have used anticholinergics long-term developing dementia and Alzheimer’s disease.

The results of the study showed there was an association for those who used them for an extended period and an increased risk of developing dementia.﻿﻿﻿

Certain precautions need to be taken when using anticholinergics. They include: 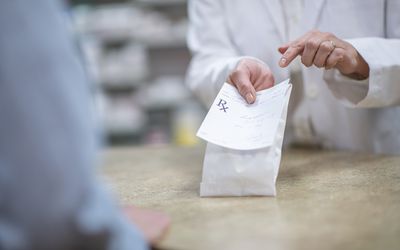 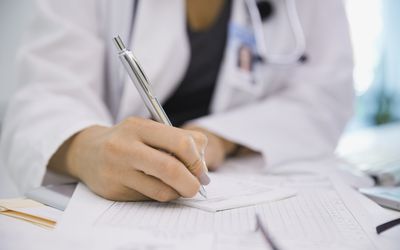