If you are a parent or loved one of someone with autism spectrum disorder (ASD), you might have wondered what causes it. This question, however, has no straightforward answer because there is no single cause of ASD.

Research points to certain risk factors that put some people at a higher risk of developing the condition than others. Risk factors include having a family member who has also been diagnosed with the condition, environmental factors like severe pollution, and being born preterm.

Let's take a look at some risk factors that might increase the likelihood of having autism.

Brain scans of people with autism show that there are differences in certain brain structures as compared to neurotypical people.

Some research points at pregnancy being a point at which a child might be susceptible to developing ASD. Bacterial infections during pregnancy have been thought to increase the risk of the unborn child developing ASD, but this is only a slight association and in most cases play no role in the development of this condition.

Research shows that family history and genetics play a role in the development of the condition. Complications during pregnancy or having children later in life may also play a role.

Families With a History of ASD

Children with families who have a history of the disorder are at a higher risk of developing it. Even if both parents of a child do not have ASD, they might be carriers of gene changes that cause autism and can be passed on to the child.

The way the disorder is transmitted down generational lines is not completely understood. It is impossible to predict who will or won’t get ASD in a family who has a history of the condition. A meta-analysis of studies into how genetics factor into the development of ASD in twins found the overall heritability of ASD to be between 64% to 91%.

There is some evidence to suggest that multiple genes could be involved with ASD. ASD is sometimes associated with other neurodevelopmental disorders such as Down’s syndrome and Fragile X Syndrome. Also, the Reelin gene, which plays an important role in the lamination of the brain during pregnancy, has been associated with autism.

Having Children Later in Life

Parents who have no family history of the condition but start to have children at an advanced age have a greater risk of their children developing ASD.

Pregnancy complications such as multiple pregnancies and preterm pregnancies are also contributing factors. In addition, there has been some research indicating that pregnancies spaced less than a year apart could also put a child at risk of developing ASD.

Certain environmental influences could increase the risk of a person developing ASD. In addition, people who are already genetically predisposed to the condition are at an even higher risk when exposed to these environmental factors.

Environmental factors also tend to include events that occur after a person is pregnant with a child. For example, some evidence shows that certain anticonvulsants taken during pregnancy might lead to the development of ASD in the child.

A vast majority of the research into the causes of ASD focuses on its connection to family history and genetics. However, young children are exposed to thousands of toxic materials in early childhood and during pregnancy.

It used to be believed that certain vaccines could cause ASD. However, extensive research has examined this theory, and it has been proven that no vaccines can cause ASD.

ASD starts to show as early as 18 months, and because many children are getting different types of vaccines in those early years, the development of ASD has been erroneously linked to taking vaccines.

Before more research was done into the causes of ASD, parents of children with ASD were often blamed for causing the condition. Some people even claimed that a lack of attention and care from the parents of a child with ASD could cause the condition. This is untrue, and decades of research have continued to disprove these theories.

This theory was prevalent between the 1950s and 1970s when people had very little understanding of ASD and mistook the condition as a psychological disorder instead of a neurodevelopmental brain disorder.

No one can point out a single cause for ASD, but it’s never the parents' fault when the condition develops.

How Autism Is Treated
9 Sources
Verywell Mind uses only high-quality sources, including peer-reviewed studies, to support the facts within our articles. Read our editorial process to learn more about how we fact-check and keep our content accurate, reliable, and trustworthy. 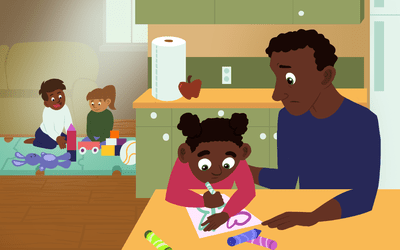 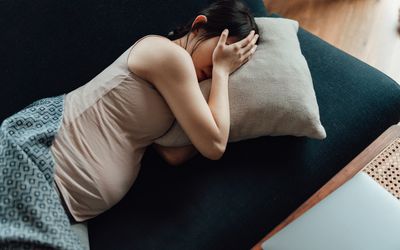