For a long time, those who benefit have been comfortable to merely placate BIPOC folks regarding white supremacist harms by focusing on the progress that had already been made. And there definitely has been strides from when Indigenous folks could not vote or slavery was legal, but white supremacy continues in everyday life, as those who are impacted have known all along.

With calls for accountability on a systemic level being taken more seriously in the wake of George Floyd's murder, folks have an opportunity to be more personally accountable to invest in the work of dismantling white supremacy for the sake of BIPOC communities, who have always deserved better, and a more equitable society, which would be beneficial for all.

Before beginning the work of dismantling white supremacy, you need to better understand how deeply entrenched it is in the history and current reality to be able to effectively identify its manifestation.

Especially if you have not thought critically about this before, or pride yourself on the belief that you worked hard for everything you achieved, it can be extremely uncomfortable to start to unpack the ways in which BIPOC folks have always been oppressed by white supremacy in comparison.

In fact, when confronted with such revelatory information, some struggle with cognitive dissonance—mentally separating themselves from their current reality—given how much tension there can be between earlier beliefs and new understandings that may challenge them to the point of distress.

Why Call It White Supremacy?

While white supremacy has long been associated with extreme and explicit hate groups, diversity educator and author Robin DiAngelo elucidates how there is no description more accurate for a culture in which white folks have disproportionately more power, through which, they maintain the problematic status quo that continues to oppress BIPOC folks. ﻿﻿

Ijeoma Oluo, the author of So You Want to Talk About Race, writes "white supremacy is in our workplace, our school system, our government and our prisons. It is in our books and movies and television. White supremacy has been woven into the fabric of our nation from the moment that white settlers decided that their claim to land was more important than the lives of indigenous people. This is not a new problem. This is America."

In addition, teachers were 83% white, full-time college professors were 84% white, and owners of men’s pro-football teams were 97% white.

This is just a sampling of the numerous white-dominated institutions in our lives, which also include lawyers, doctors, and judges.

If you have largely benefitted from white supremacy without realizing it and its direct connection to the continued oppression of BIPOC folks, engaging in this much-needed work towards more equitable outcomes will require a substantial shift in how you think about yourself and others.

Part of that work is getting comfortable with using the words "white supremacy" as Robin DiAngelo has, as it can sometimes be easier to make changes when you are able to relate to the person recommending that work.

These words have long been used by brilliant BIPOC writers like Ijeoma Oluo, whose book was published before this white professor's, complete with a free discussion guide that is available online to assist both white and BIPOC folks to engage in challenging conversations.

However, Black women are often viewed as angry for expressing valid statements regarding how white supremacy oppresses them, which only maintains that system.﻿﻿

In addition to reading books, there are many resources to help you build a better understanding of white supremacy. Many of the leaders in the field conduct different types of workshops and webinars, including content on YouTube and other streaming platforms like Amazon Prime and Netflix. T

How You Can Do Better

Dismantling white supremacy can feel overwhelming, but BIPOC folks have had to survive trauma for centuries due to the ongoing failure of that necessary work, including attending to the feelings of white folks with the power to further oppress them if made uncomfortable by harsh truths they would rather not confront.

On a positive note, dismantling white supremacy relies on highly transferable skills you have likely used on a regular basis for other endeavors that required behavioral change.

At other times, when you did not know something, you may have problem-solved in your everyday life about how to learn that information, and the work of dismantling white supremacy employs a similar approach.

Oluo wrote: "The beauty of anti-racism is that you don’t have to pretend to be free of racism to be an anti-racist. Anti-racism is the commitment to fight racism wherever you find it, including in yourself. And it’s the only way forward,”

This work is an ongoing psychologically intensive process that may feel challenging, especially given how myths of equitable systems have been generally propagated in this country. When engaging in work stay grounded by using positive coping strategies like prayer, meditation, and yoga, and remind yourself that this is something that won’t be solved in a day, month, or year.

If you are white, you may be accustomed to thinking of yourself as having as valuable of an opinion on this topic as BIPOC folks, despite their experience of surviving its harms for centuries, while you and your ancestors have benefitted.

In this way, it is necessary to understand that if you lack lived experience of oppression based on an aspect of identity, you will never be a better authority on that reality than someone who has personally navigated those challenges.

Things to Keep In Mind on Your Journey

As you take these steps to challenge yourself to think more critically about how you can work in solidarity with BIPOC folks, feelings of frustration may arise, but you can work through those, as you probably have when others goals felt difficult to achieve.

Maybe you took more breaks from past endeavors and engaged in some type of activity that provided stress release for you, or maybe you connected with a loved one to have your feelings validated, so those coping skills can continue to be helpful strategies when dismantling white supremacy.

When reaching out to your supports, it is important to ensure that you do not demand further emotional labor from BIPOC folks, who may feel pressure to agree to such requests, given how white supremacy has resulted in extremely uneven distributions of power.

In thinking more critically about how white supremacy is ingrained in your systems and your consciousness, you will get better at reflecting on where there might be opportunities to disrupt these dynamics for the sake of BIPOC folks.

For some people of all backgrounds, therapy can be helpful to unpack the racism related experiences.

As important as it is to learn about white supremacy, it is crucial for you to take steps beyond that towards the tangible action that is needed to address the oppression of BIPOC folks, especially given the relative power and privilege of white folks, which grants greater access to changing the minds and the systems that serve as barriers for equitable outcomes.

While you may be offered job opportunities to do this work, given how white folks tend to be seen as more credible within these inherently bigoted systems, a more ethical approach is to amplify BIPOC voices, informed by lived experience, rather than continue your ancestral legacy of further profit from white supremacy, at the expense of BIPOC trauma.

Steps can be small, in day-to-day activities like going out to eat or in a store, seeking out BIPOC employees, or making an effort to give positive feedback if the experience was really good.

What Is White Guilt? 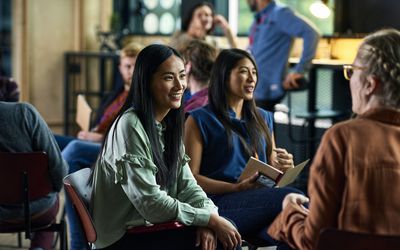 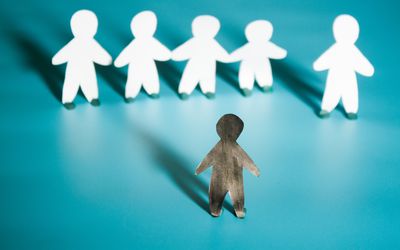 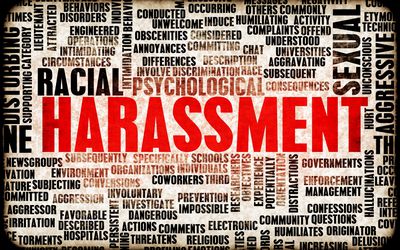 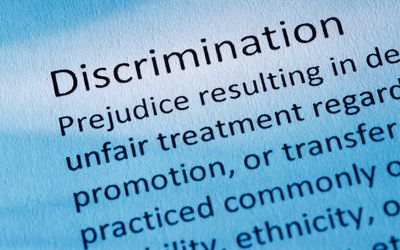 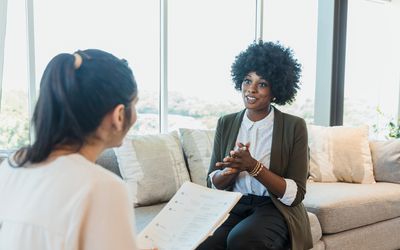 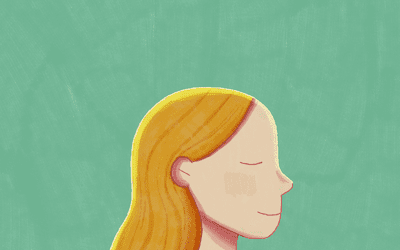