Jerry Kennard, PhD, is a psychologist and associate fellow of the British Psychological Society.

Being preoccupied with muscle development may involve a disturbance in body image similar to anorexia. Bigorexia (muscular dysmorphia) is now affecting hundreds of thousands of men.﻿﻿ For some men, muscle development is such a complete preoccupation that they will miss important events, continue training through pain or broken bones, even lose their job rather than interrupt their physical development schedule.

The term "muscle dysmorphia" was coined in the 1990s to describe this new form of disorder. Other people refer to the condition as "reverse anorexia," and now more commonly "bigorexia." The causes are not known and researchers conceptualize it in different ways. Some feel it should be thought of as an eating disorder, some as a behavioral addiction, and others as a type of body dysmorphic disorder. Some believe a major factor is the media putting the same type of pressure on men to conform to an ideal shape in ways that has been the case with women for years.

The Main Characteristic of Bigorexia

The main characteristic of bigorexia is the thought that no matter how hard you try your body is never muscular enough. The condition is recognized as more common in men although some women bodybuilders have also been reported with similar symptoms.﻿﻿﻿ Most men with bigorexia are weightlifters, but this does not mean that most weightlifters are bigorexic. Compared to normal weightlifters who report spending up to 40 minutes a day thinking about body development, men with bigorexia report being preoccupied five or more hours a day thinking their bodies are under-developed.﻿﻿﻿

With the increase in gymnasium provision and attendance, there is some speculation that this alone accounts for increased awareness of physical imperfection in men and a quest to attain the perfect body.﻿﻿﻿ Conservative estimates put bigorexia as affecting hundreds of thousands of men.

One study described bigorexic men checking themselves out up to 12 times a day. This compares to roughly three times a day with other weightlifters.﻿﻿﻿

Very strict diets are often involved in this syndrome. Bigorexics will rarely eat at another person's house or at a restaurant because they are unable to control the dietary balance or know exactly what has gone into food preparation. It has been known for men to develop eating disorders such as bulimia.﻿﻿﻿

Bigorexic men constantly compare their own physique with that of other men. Invariably their perceptions are incorrect. Even when observing men of equal physique they will judge themselves as smaller.

The use of anabolic steroids is common amongst bigorexics. Men continue using steroids despite experiencing side effects such as increased aggression, acne, breast enlargement, impotence, baldness, impotence, and testicular shrinkage.﻿﻿

Men with bigorexia typically worry about the percentage of body fat they carry rather than being overweight.

Unlike many bodybuilders who enjoy the opportunity to show their physique in public, bigorexics do not. Many will hide away for days at a time because of embarrassment about their body shape. One study described a man who avoided sex with his wife in case it used up energy he could apply to bodybuilding.﻿﻿﻿

Typically, men with bigorexia have low self-esteem.﻿﻿﻿ Many report having been teased at school about their physique leading to a focus on "making good." However, the attempt to catch up is never achieved and results in a poor sense of self and feelings of emptiness. Studies also found that 29% of men with bigorexia had a history of anxiety disorder and 58% exhibited some other form of mood disorder.﻿﻿﻿

At the time of writing, no systematic studies have been produced to compare the effectiveness of one treatment over another, either individually or in combination. A particular problem with the condition is that, rather like anorexics, men rarely see themselves as having a problem and are unlikely to come forward for treatment. The condition itself occurs partly as a response to feelings of depression and lack of self-esteem so coming forward for treatment is admitting defeat.

Where men have come forward a combination of educational and psychotherapeutic techniques has begun to show promising results. Cognitive-behavioral techniques place an emphasis on identifying and changing patterns of thinking toward more realistic and achievable goals.﻿﻿﻿ Treatment of co-morbid mood and anxiety disorders are important. Future treatment packages may well be informed by such approaches but more systematic studies are now required.

Where Do Men Fit Into the Body Positivity Movement?
10 Sources
Verywell Mind uses only high-quality sources, including peer-reviewed studies, to support the facts within our articles. Read our editorial process to learn more about how we fact-check and keep our content accurate, reliable, and trustworthy. 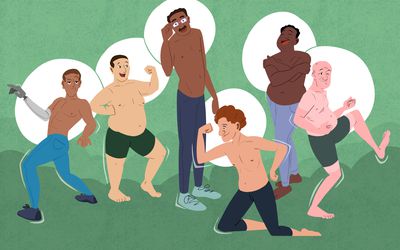 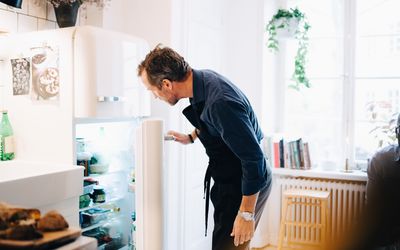 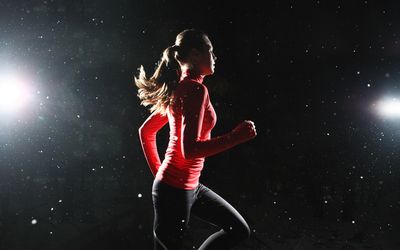 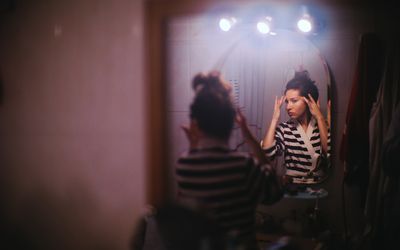