Bipolar disorder is a mental health condition characterized by mood disturbances that affect thoughts and behavior. These include varying lows (known as depression) and highs (known as mania). Among U.S. adults, it is estimated that 4.4% will develop bipolar disorder at some point in their lives.

Mood shifts can be managed with stabilizing medicines and therapy. In addition, a potential way to help manage mood changes is through a change in diet. Eating the right foods may help those living with bipolar disorder feel better and keep their condition in check.

This article provides a list of foods to eat and foods to avoid as part of a bipolar diet.

Eating whole grains has been shown to increase your body’s production of serotonin. Serotonin is a neurotransmitter that regulates various activities in the body including mood, behavior and memory. Serotonin has been shown to aid a healthy sleeping pattern, reduce anxiety and calm your mind.

Some examples of whole grains include:

The results of the research that looked at the effectiveness of a diet rich in omega-3 fatty acids in managing bipolar disorder have been mixed. More studies need to be conducted in order to understand whether omega-3s can be used as a form of treatment for bipolar disorder and other mental health conditions.

Although the research has been inconsistent, omega-3s have been shown to have several benefits for your body and your brain including weight management, prevention of Alzheimer’s disease, protection against inflammation, peripheral artery disease, and major coronary events. Therefore, it can still be beneficial to include these in your diet.

Some foods sources of omega-3 fatty acids include:

Selenium is a trace mineral that supports brain health, immune system, fertility and other bodily processes. Those with a diet low in selenium have been shown to have a higher risk of depression, anxiety and decreased cognition.

Some food sources of selenium include:

Tryptophan is an essential amino acid that helps your body make serotonin, acts as a mood stabilizer and regulates sleep patterns. A systematic review of nutrient-based therapies for bipolar disorder showed that tryptophan may be beneficial for reducing symptoms of mania.

Some food sources of tryptophan include:

Magnesium is a mineral that is involved in several bodily processes such as muscle and nerve function, blood pressure regulation and blood glucose control. Magnesium has been shown to decrease mania symptoms.

Some food sources of magnesium include:

Probiotics are live microorganisms such as bacteria and yeast that are naturally present in fermented foods and may be added to other food products.

Research has shown that incorporating probiotics into a diet can have an anti-inflammatory effect and could potentially benefit our emotional state. A study showed that probiotic supplementation helped prevent rehospitalization in patients with acute mania.

Some food with probiotics include:

Caffeine is a central nervous system stimulant that has many effects on the body. Drinking coffee and tea are common ways people consume caffeine.

Consuming too much caffeine has been associated with increased sleep and anxiety disorders, psychotic symptoms and hostility. Specifically, caffeine can cause your body to mimic the symptoms of anxiety such as increased heart rate, restlessness, nervousness, digestive issues, and sleep problems.

Therefore, it is best to avoid or limit the consumption of caffeine in a bipolar diet.

Alcohol is a depressant that can negatively affect your mood. Most psychiatric medications state that users should not consume alcohol as it can interfere with their effectiveness.

Alcohol has been shown to be a trigger for depressive episodes. Alcoholism has been shown to have an adverse effect on the course and prognosis of bipolar disorder as it makes it harder to treat and leads to more frequent hospitalizations.

Highly processed foods are foods that contain few nutrients but are high in calories, sugar, fat and salt. Typically, additives and thickeners are added to enhance the flavour and improve the texture of the food. Some examples include potato chips, ice cream, sugary drinks, candy, french fries, cookies, cakes, muffins and doughnuts.

A diet high in processed carbohydrates is associated with an increased risk of depression and anxiety.

In addition, eating too many high-fat and high-sugar foods can cause excess caloric intake and weight gain. Being overweight has been shown to decrease the effectiveness of bipolar disorder treatment.

Tyramine is an amino acid that naturally occurs in the body and is found in some foods. It helps regulates blood pressure.

Monoamine oxidase inhibitors (MAOIs) are a type of medication that is used to treat bipolar disorder. MAOIs inhibit monoamine oxidase, an enzyme that cleans out excess tyramine in the body. Therefore, a diet high in tyramine can cause a sudden increase in blood pressure leading to severe health complications. Those on MAOIs should avoid foods that contain tyramine.

Some examples of foods rich in tyramine include:

Consuming grapefruit can interfere with the body’s ability to break down certain medications. It can cause serious side effects because the medication is metabolized slower and causes an increased level of it in your blood.

Incorporating certain foods and reducing the intake of others can be followed in conjunction with a prescribed treatment plan.

A change in diet may not cure your mental health condition but can help you feel better, stabilize your mood and improve your overall well-being. Speak to your doctor before making major changes to your therapy and treatment plan.

22 Sources
Verywell Mind uses only high-quality sources, including peer-reviewed studies, to support the facts within our articles. Read our editorial process to learn more about how we fact-check and keep our content accurate, reliable, and trustworthy. 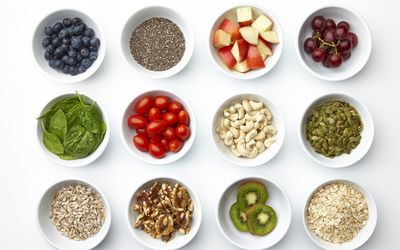 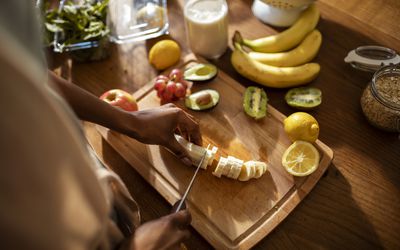 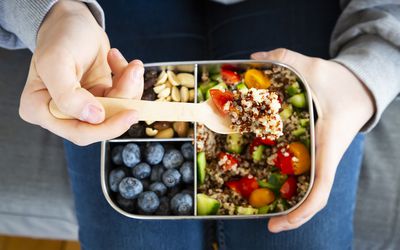 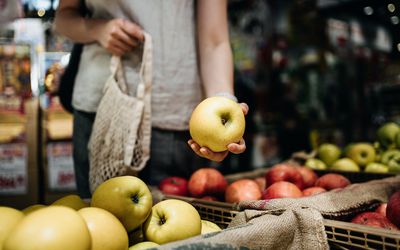 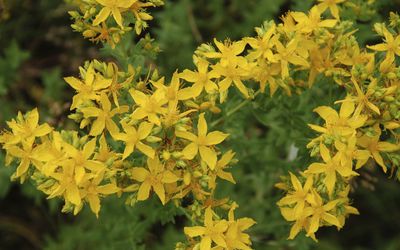 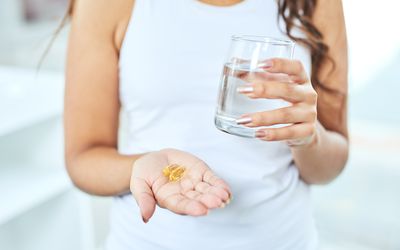