People who have anorexia nervosa or bulimia nervosa are concerned about their body shape, size and/or weight, of course, but there's another body image problem with which many people also struggle: body dysmorphic disorder.

Body dysmorphic disorder, which affects up to 2.4% of the general population, causes people to become overly concerned with outward appearance and perceived flaws.﻿﻿ It may be seen in people with eating disorders, but is a distinctly different issue.

People who have body dysmorphic disorder are preoccupied or obsessed with one or more perceived flaws in their appearance. This preoccupation or obsession typically focuses on one or more body areas or features, such as their skin, hair, or nose. However, any body area or part can be the subject of concern.

The Diagnostic & Statistical Manual of Mental Disorders, Fifth Edition (DSM-5) outlines the criteria for a diagnosis of body dysmorphic disorder. BDD is not classified as an eating disorder in the DSM-5. Instead, it is listed under the category of "Obsessive-Compulsive and Related Disorders." The DSM-5 lists the following diagnostic criteria:

Muscle dysmorphia or a preoccupation with the idea that your muscles are too small is considered a subtype of body dysmorphic disorder.

The Relationship to Eating Disorders

BDD shares some common features with eating disorders, but there are also important distinctions between them. Some similarities include:

Researchers have estimated that as many as 12% of people with body dysmorphic disorder also have anorexia nervosa or bulimia nervosa.﻿﻿﻿

A thorough assessment by a mental health professional such as a therapist or psychiatrist is useful to sort out whether or not someone has an eating disorder, body dysmorphic disorder, or both.

The good news is that body dysmorphic disorder can be successfully treated. The most effective treatment option involves a combination of a type of psychotherapy known as cognitive behavioral therapy along with medications, including antidepressants.﻿﻿﻿﻿

Any time there are multiple diagnoses involved (as is true in anyone who has both body dysmorphic disorder and an eating disorder), it can complicate treatment. Cognitive behavioral therapy is also used in the treatment of eating disorders.

If you have both conditions, you’ll want to make sure your therapist is familiar with both and can create a customized treatment plan for you.

You may also be interested in pursuing treatment with medication through your psychiatrist. It is important to remember that you may need to try different medications or dosages before you find the right fit for you. Always follow your doctor’s recommendations regarding medication and don’t hesitate to ask any questions you may have about them.

It is important to note that many people with body dysmorphic disorder pursue surgical treatment options such as plastic surgery or hair implants in order to "fix" their perceived flaws. There is no evidence that this is helpful in the treatment of the condition, and may actually make it worse. 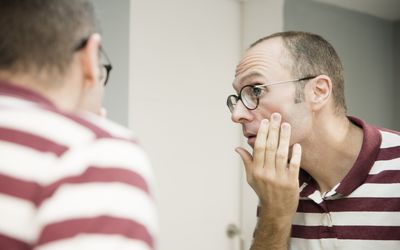 What Is Body Dysmorphic Disorder (BDD)? 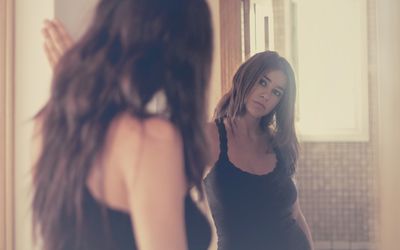