Dangers of Drug Use When Breastfeeding

Meredith Shur, MD, FACOG, is board-certified in obstetrics and gynecology, as well as a certified medical examiner.

In general, breastfeeding is considered to be the best way to feed your baby during their first year of life. However, if you need to take medications or have an addiction to substances like recreational drugs or alcohol, you could harm your body.

It's important to be upfront with your doctor with what medications or substances you use. Your physician can help you decide what to do.

Before prescribing a medication, your doctor will consider:

Drug Excretion in Breast Milk and Your Baby's Exposure

The actual level of exposure of the drug to the baby can be estimated by assuming the baby will drink a specific amount of milk per day, although, in reality, this varies. This is compared with the therapeutic dose of the drug, and the "rate of clearance" of the drug by the baby is also taken into account—the lower the level of clearance, the higher the baby's exposure to the drug.

For most drugs, it is not known at what level a dose will produce no effects on the baby. Therefore, a level of 10 percent of the therapeutic dose for infants (or the equivalent dose for adults, adjusted by body weight) is used.

If the baby receives a dosage of less than 10% the drug exposure is generally be considered to be unimportant (although there are exceptions).

Obviously, these calculations become a lot more difficult if you are using street drugs because the concentrations of active ingredients are largely unknown. But your physician will be able to discuss the best course of action for you and your baby, including a safe plan for reducing and coming off drugs. There is more information on street drugs as well as legal and prescription drugs below.

LactMed Data on Drugs and Chemicals in Breast Milk

Research on the risk of harmful effects on infants from drugs in breast milk is sparse. It would be unethical to conduct a controlled study that might put a baby at risk by deliberately giving a breastfeeding mother drugs. However, there is some research available on babies whose mothers were already taking drugs while breastfeeding.

The U.S. National Library of Medicine at the National Institutes of Health maintains a LactMed database on the most current information on adverse effects of drugs in breast milk. You can search their database for any drug or substance. A peer review panel scrutinizes the data. Here is what LactMed reports on the research of some common drugs in breast milk and their risks.

Cocaine and its breakdown products pass from the mother into the breast milk and babies are very sensitive to these substances. Babies exposed to cocaine through breast milk may experience extreme irritability, tremulousness, vomiting, and diarrhea.

Using marijuana and cannabis products when breastfeeding brings concerns that the neurotransmitter effects of tetrahydrocannabinol (THC) can affect the child's nervous system. One long-term study found that frequent use (daily or nearly daily) may cause delays in motor development. The effects of THC on the mother may impair her judgment and ability to care for the infant.

Marijuana Use When Breastfeeding

Methadone can cause sedation, respiratory depression, and withdrawal in babies who ingest it through breast milk. At higher doses, this is enough to cause death. However, some reports suggest that up to 20 milligrams per day may be taken by the mother while breastfeeding, while others suggest up to 80 milligrams per day. Methadone concentrations should be monitored in both the mother's breast milk and the baby's blood if the mother is taking more than 20 milligrams of methadone a day. Buprenorphine has been suggested as a safer alternative.

Drinking alcohol while breastfeeding is not recommended. If you have successfully abstained from alcohol while pregnant, don't start drinking again while breastfeeding. If you have consumed alcohol during pregnancy, your child is at risk of fetal alcohol spectrum disorder (FASD), so talk to your doctor as soon as possible about referring your child for early intervention, which may help your child with learning and development.

Research shows that babies nursed after the mother has had one or two drinks may have agitation, poor sleep patterns, and reduced milk intake, and the mother may have reduced milk ejection. Having one glass of wine or beer per day and waiting 2 to 2.5 hours before nursing is believed to be unlikely to cause problems. In general, alcohol is harmful to the brains and bodies of people regardless of their age, so bear this in mind and act responsibly.

There are many painkillers on the market, ranging from over-the-counter medications to prescription drugs. Some are known to increase the risk of neurobehavioral depression in babies exposed through breastmilk. Talk to your physician about the safest alternatives for you, and consider non-drug alternatives to pain relief, at least while breastfeeding.

Caffeine is one of our most widely accepted drugs, so little is written about the effects on babies. However, research says it appears in the breast milk soon after the mother drinks it. For high caffeine intake, infants have increased irritability and poor sleep patterns. LactMed says that experts recommend mothers limit themselves to 300 milligrams of caffeine per day. The caffeine content of drinks varies, so this may be as little as two to three cups of brewed coffee. Also take into account sodas, ice tea, and other sources.

If you are smoking around your baby, you are increasing your baby's risk of conditions such as sudden infant death syndrome (SIDS) and asthma, regardless of whether you are breastfeeding. Quitting smoking is strongly advisable. However, using nicotine patches and other such replacements also delivers nicotine to the baby through breast milk, and it is the nicotine that is thought responsible for the SIDS risk. Instead, Bupropion is believed to be safe, or the mother could stop smoking without medication.﻿﻿

Remember, the current recommendation is to breastfeed to provide your baby with the best possible start in life. But be honest with yourself about whether it will really provide the best start.

Discuss your alcohol and drug use in detail with your doctor, and follow their advice to the letter, especially regarding detox. 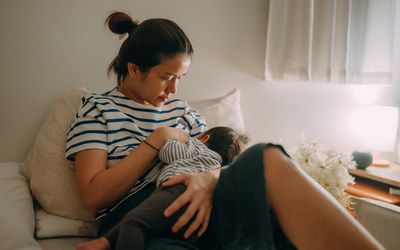 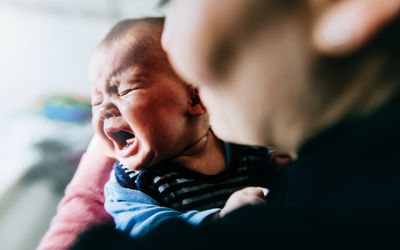 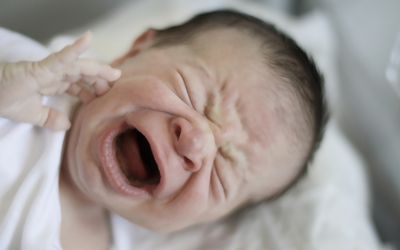 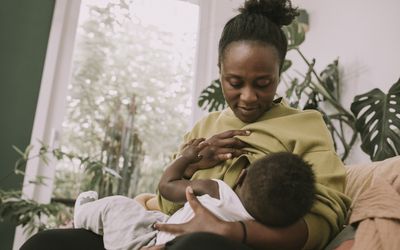