Celexa (citalopram) is a commonly prescribed antidepressant. It is part of a class of drugs known as selective serotonin reuptake inhibitors (SSRIs). Celexa is an FDA-approved treatment for the symptoms of major depression, but it is also used off-label to treat anxiety disorders, post-traumatic stress disorder (PTSD), panic disorders, and eating disorders.

Like other antidepressants, quitting Celexa can lead to withdrawal symptoms.

All antidepressants have the potential to cause withdrawal symptoms. Although newer antidepressants like Celexa are less likely to lead to adverse reactions while you’re taking them, when you quit it’s a totally different story.

Fortunately, Celexa is not among the worst offenders when it comes to withdrawal, but it still packs a punch.

Overall, more than half (56%) of people quitting antidepressants experience withdrawal symptoms. Symptoms can range from mild to severe and can last for weeks, or longer. Unfortunately, there is no way to predict how—or if—you will be affected. Common symptoms of Celexa withdrawal include dizziness, irritability, sensory and flu-like symptoms. Occasionally, the dizziness can get so bad that it becomes hard to stand up.

When you quit Celexa, there is a possibility that you will relapse and begin experiencing symptoms of depression again. Discontinuing your dose can also lead to an increase in suicidal thinking and behavior.

Celexa is an SSRI that works by increasing serotonin levels in your brain. Serotonin is a neurotransmitter—chemical messenger—involved in the regulation of mood and anxiety among other functions. When you take SSRIs regularly for an extended period of time, your brain becomes accustomed to this level of serotonin.

When your dose is suddenly discontinued or reduced, your brain has to adjust to lower levels of serotonin. This adjustment period can last anywhere from a few days to a few weeks.

Celexa has a half-life of about 35 hours, that means that it takes 35 hours for half of the drug to effectively leave your system. It takes about one week for the drug to leave your system entirely. This is good, because it means withdrawal won’t hit hard and fast as soon as your dose is discontinued.

For most people, Celexa withdrawal begins within three to six days of your last dose. Symptoms may continue for anywhere from five days to and in some cases over one month. Keep in mind that antidepressant withdrawal duration is a difficult thing for researchers to measure, so experiences can vary.

The severity of SSRI withdrawal symptoms also varies widely. Recent research has found that the severity is worse than what doctors once believed. Researchers estimate that nearly half (46%) of people going through SSRI withdrawal describe their symptoms as severe. People with severe symptoms may have difficulty fulfilling their responsibilities at home and at work.

To get a better idea of the range of symptoms and symptom severity, you may want to check out the Discontinuation-Emergent Signs and Symptoms Scale (DESS), which is sometimes used by clinicians.

The following is the complete list of symptoms associated with SSRI withdrawal:

If you are having trouble quitting Celexa, don’t worry, you have options. If you are quitting Celexa because your depression has abated and you have determined with your doctor that it makes sense to come off your antidepressant, you may want to consider a taper.

Tapering a medication means incrementally reducing your dose over the course of several weeks or months. When it comes to SSRIs like Celexa, tapering isn’t always effective in avoiding withdrawal symptoms, but recent research has found more promising results.

New research suggests that a very slow taper (lasting several months) that continues well beyond therapeutic levels may help successfully manage withdrawal symptoms. This means that by the end of your taper, you will be taking a much smaller dose then what you started on. Your taper may continue until you are taking almost nothing.

If tapering isn’t working or you are still experiencing breakthrough symptoms, there are other steps you can take. A good first step is to reach out for support from family, friends, and other people struggling with antidepressant withdrawal.

When you have social support, you are less likely to feel isolated, ashamed, or alone. When friends and family know what to expect, they can forgive you for being more anxious or agitated then normal. You can also look online for groups of people going through the same thing as you. It’s a great place to trade tips and tricks that you hadn’t thought of. Here are a few examples:

Celexa, like other SSRIs, comes with a warning from the FDA about the potential increased risk of thoughts of suicide and suicidal behaviors in children and young adults. When you quit or change your dose, your risk of suicidal thoughts and behaviors may increase.

If you or someone you love is quitting or has quit Celexa, it is important to know what to look for. Contact a doctor or emergency services if any of the following symptoms arise:

If you become pregnant while taking Celexa, you have some decisions to make. Talk to your OB-GYN about the risks and benefits of continuing antidepressants during your pregnancy.

There is a small risk that women who take antidepressants during their second and third trimesters could experience preterm labor.

Unfortunately, women who choose to discontinue antidepressant therapy are five times more likely to have a depression relapse. Post-partum depression is harmful to both mother and baby.

Your treatment outlook will depend on a variety of factors, such as why you have decided to quit antidepressants and what symptoms you are currently experiencing. If you are quitting Celexa because it wasn’t working or because the side effects were too much, then you should continue to seek treatment from a qualified mental health professional.

A psychiatrist can help you switch to another antidepressant, while a psychologist or therapist of another discipline can provide psychotherapy-based treatment. Keep in mind that psychotherapy and antidepressants can both effectively treat many of the symptoms of depression and anxiety disorders.

About 50% of people who recover from depression will have future depressive episodes. To reduce your chances of relapse it is often important to continue on an antidepressant and participate in therapy. Researchers at Harvard Medical School and other universities have found that people engaging in psychotherapy while discontinuing antidepressants are less likely to relapse than those who do not.

If you or someone you love is experiencing suicidal thoughts, call the National Suicide Prevention Lifeline (988). You will be connected with staff or volunteers at a crisis center near you. The people on the other end of the line will be able to listen and help you figure out what to do next. It is available 24/7, 365 days per year. If you are hesitant to call, you may prefer to chat with a counselor. The chat services are also open 24/7.

If you are interested in finding a new psychiatrist, psychologist, or therapist in your area, there are several ways to find one. The Substance Abuse and Mental Health Services Administration (SAMHSA) has a searchable directory of qualified providers. You can also call them at 1-800-662-HELP (4357) and a knowledgeable operator will search for you.

If you have health insurance, you can also search the company’s list of local providers who accept your insurance. Most insurance companies have at least some mental health coverage, including state and federal plans.

Although quitting Celexa may not be as easy as you thought it would be, the symptoms are often mild. While you’re doing your taper it helps to remind yourself that the discomfort you’re experiencing is only temporary. Your symptoms will go away eventually, and you’ll be back to your normal self.

Antidepressant Discontinuation Syndrome: Causes, Symptoms & Treatments
8 Sources
Verywell Mind uses only high-quality sources, including peer-reviewed studies, to support the facts within our articles. Read our editorial process to learn more about how we fact-check and keep our content accurate, reliable, and trustworthy.

See Our Editorial Process
Meet Our Review Board
Share Feedback
Was this page helpful?
Thanks for your feedback!
What is your feedback?
Speak to a Therapist for Depression
×
The offers that appear in this table are from partnerships from which Verywell Mind receives compensation.
Related Articles
How Long Does Withdrawal From Antidepressants Last?

Prozac Withdrawal: Timeline, Symptoms, and Coping
How Long Does Withdrawal From Sertraline Last? 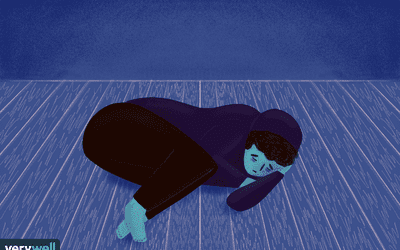 How Long Does Withdrawal From Paxil Last?