Side Effects of Citalopram

Nearly all antidepressants can cause weight gain as a side effect—including Celexa (citalopram). Even though the amount of weight a person is likely to put on while taking Celexa or another SSRI tends to be minimal, gaining even a little bit can be bothersome for many people. However, a few commonsense strategies can help you deal with weight gain while taking Celexa.

What Is Celexa (Citalopram)?

SSRIs, as the name implies, stop the brain from reabsorbing serotonin, the "feel good" neurotransmitter that helps control mood, affect, sleep, memory, and other functions. This keeps more serotonin available for the brain to use.

Like nearly all medications, Celexa can cause unwanted effects, but these aren't harmful and should resolve on their own. You might experience no side effects at all--or any of the following mild symptoms:

If you have any of the following rare side effects, call your doctor immediately:

Experts aren't certain why some SSRIs cause weight changes. One theory is that the drugs somehow slow the metabolism. Another is that SSRIs trigger an upsurge in appetite, causing overeating.

Another reason might come from the drug's success itself. When some people begin to feel better, their appetites return, and they gain weight--typically (and ideally) just enough to return to their normal sizes.

Other Antidepressants and Weight Changes

Celexa is by no means alone in its association with weight gain; most other SSRIs do, too--some more than others. For example, Zoloft (sertraline) and Prozac (fluoxetine) are associated with less weight gain than Paxil (paroxetine).

Other Causes of Weight Gain

Weight changes often occur in tandem with depression, before or apart from treatment. Depression is associated with changes in appetite, eating habits, and levels of hormones that control appetite. Likewise, a person with depression tends to abandon previous activities and interests, which might include sports, fitness, and other physical activities.

Don't stop taking your medication without a doctor's supervision. Going cold turkey off an SSRI can lead to discontinuation syndrome, an array of unpleasant, possibly dangerous withdrawal symptoms.

If you're gaining weight while taking Celexa and it's enough to bother you—despite whether the medication is relieving your depression symptoms—talk to your doctor. Managing your weight while on an antidepressant really isn't that different from doing so when you aren't. In any case, it's extremely important not to stop taking the drug on your own.

Here are other, less drastic measures you can take to lose weight while on an antidepressant.

Research consistently indicates that physical exercise is effective in treating symptoms of depression.

If you are concerned that you've gained excessive weight while taking Celexa and haven't been able to lose it on your own, talk to your doctor about the issue. You might be able to switch to a different medication with fewer weight-related side effects. 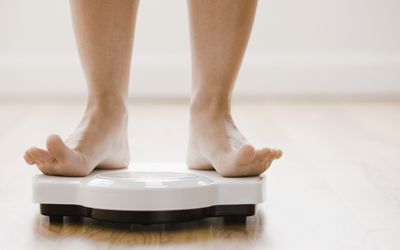 Antidepressants That Cause Weight Loss