Cognitive remediation therapy (CRT) is a type of therapy that teaches people thinking skills. It does this by using mental exercises and discussions about how these exercises can be applied in everyday life. It was originally developed for people with brain injuries but has been adapted to help individuals with schizophrenia and, more recently, anorexia nervosa.

This article discusses some of the cognitive problems that can play a role in anorexia and how cognitive remediation therapy can help. It explores the skills that CRT helps improve and some activities that can be used at home.

Why Cognitive Remediation Can Help Anorexia

People with eating disorders often experience certain cognitive deficits that can contribute to their condition. There's some evidence that shows CRT may teach thinking skills that improve social, emotional, and cognitive functioning in order to better manage daily life.

Anorexia is a type of mental disorder that is characterized by a distorted perception of body size and shape and fear of gaining weight.

Anorexia nervosa is a mental health condition classified as a feeding and eating disorder in the "Diagnostic and Statistical Manual of Mental Disorders," also known as the DSM-5. People with anorexia may experience:

These behaviors can have life-threatening consequences. Anorexia has one of the highest mortality rates of any mental health condition.

Cognitive remediation therapy can be helpful when treating anorexia because it works to improve areas where people with the condition struggle. People who have anorexia have been found to have specific problems in the ways that they think.

These thought patterns contribute to the development of anorexia. They also maintain the behaviors and can interfere with recovery.

The two primary cognitive deficits that are targeted by CRT are a lack of cognitive flexibility and problems with central coherence.

Cognitive flexibility refers to the ability to shift or change thoughts and behaviors. People with anorexia commonly exhibit rigid thinking both during the acute phase of the illness and after weight restoration. Examples of a lack of cognitive flexibility in anorexia include:

People who lack cognitive flexibility typically become highly distressed if their habits and routines are disrupted.

Central coherence refers to a preoccupation with details and relative lack of attention to the bigger picture. People with anorexia may focus on very specific details about food or eating, but neglect the effects of their overall diet.

For example, a person might be preoccupied with the calorie count and macronutrient profile of a particular food yet be unable to consider that information within the larger context of their overall nutritional intake.

How Does Cognitive Remediation Therapy Work?

In cognitive remediation therapy, a therapist introduces an individual to different tasks, puzzles, games, and other real-life activities that target cognitive flexibility or central coherence. People will then repeat these tasks with the therapist as well as on their own to strengthen their skills.

The Goals of CRT

CRT addresses deficits by helping people understand how they think rather than focusing on what they think about. Once a person understands their way of thinking, practicing CRT exercises can help them change those patterns.

For people with anorexia nervosa, improving cognitive flexibility is a core component of recovery. This often involves using activities that are not related to food or eating behavior.

Some examples of neutral activities that can help people develop cognitive flexibility and improve central coherence include:

People who have anorexia learn these new skills and strategies through brain training exercises. They are encouraged to reflect on their performance and connect what they learn to their own behaviors in other areas of life.

CRT does not directly address symptoms specific to eating disorders, such as weight and shape concerns or dietary restrictions. To be used to treat anorexia nervosa, CRT needs to be paired with other traditional treatments.

CRT is always delivered as an adjunct to eating disorder treatment; it is not designed to be a standalone treatment for anorexia nervosa.

CRT is designed to be a relatively short-term treatment. It usually lasts for between three and six months. One review found that most courses of CRT treatment lasted for 16 weeks.

However, treatment duration depends on a variety of factors, including the individual's needs and progress. People with more severe symptoms or co-occurring conditions may require longer treatment.

How Effective Is It?

CRT allows people with anorexia nervosa to gain new thinking skills through practicing cognitive flexibility and central coherence in neutral situations that are not directly related to eating or nutrition. After practicing these skills, people can then apply them to eating-related tasks.

For example, the skills acquired through CRT training might help a person with anorexia nervosa balance a full meal plan instead of becoming preoccupied with the nutrition content of a single food.

Research on the use and effectiveness of cognitive remediation for anorexia is still relatively new. Of the studies that have been done so far, it appears that CRT can be effective in helping people improve their cognitive skills.

Preliminary research exploring the effectiveness of CRT in children, teens, and adults with anorexia nervosa has demonstrated that most find CRT acceptable. The technique can be used in traditional treatment settings (such as hospitals).

CRT is not focused on highly emotional content, which can make it less threatening. This can be helpful for people who are seriously ill and unprepared to tackle emotional topics or make major behavioral changes related to eating.

Larger reviews of studies have indicated that CRT could have a number of potential benefits. It may:

Activities You Can Try at Home

There are many games, puzzles, and "brain teasers" that are fun and may help you improve your cognitive flexibility and central coherence. You might recognize a few classic board and card games on the list, but you'll also find many available as apps for your phone or tablet. Here are a few you can play at home:

Last Word Response is a game often used as an improv exercise in theater arts that calls on players' cognitive flexibility and the ability to listen fully before responding.

The game gets tricky and the conversations tend to take strange turns.

Set is a card game that focuses on matching elements according to different criteria (e.g., shading, color, figure, and a number of elements). It addresses set-shifting, a type of executive function that involves the ability to unconsciously shift your attention between tasks.

Unusual uses is a verbal set-shifting game that challenges you to come up with uncommon alternative uses for common items. For example, instead of eating an apple, you could cut it in half and use it to stamp color on fabric. The point of the game is to brainstorm uses—you don’t have to actually perform them.

Word searches require you to focus on relevant vs. irrelevant information—an aspect of central coherence.

It's important to note, however, that playing these games does not constitute cognitive remediation therapy. If you are interested in trying CRT alongside traditional treatment for anorexia or another mental health condition, make sure to work with a trained therapist.

CRT is a relatively recent development that has been adapted to help treat anorexia nervosa. Because it addresses some of the underlying cognitions that contribute to the development and maintenance of the disorder, it has the potential to serve as an effective adjunctive treatment. If you decide to try CRT, you will be able to learn skills that will help you overcome rigid thinking and better see the big picture as you progress toward recovery.

Cognitive Behavioral Therapy (CBT) for Eating Disorders
11 Sources
Verywell Mind uses only high-quality sources, including peer-reviewed studies, to support the facts within our articles. Read our editorial process to learn more about how we fact-check and keep our content accurate, reliable, and trustworthy. 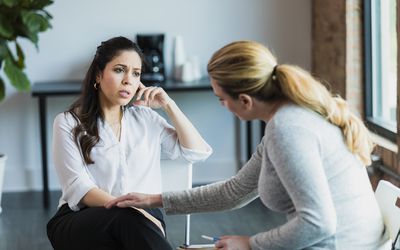 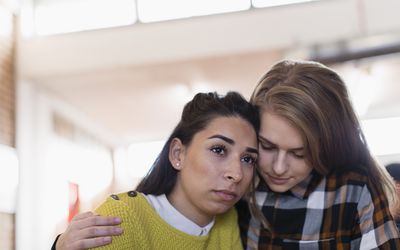