How does the conscious differ from the conscience? These two terms are sometimes confused in common everyday usage because they sound quite similar. However, they mean very different things within the field of psychology.

Conscious is a term that refers to being awake and alert. Conscience, on the other hand, refers to an awareness of whether actions are right or wrong.

Let's take a closer look at what each term means and how you can distinguish between them.

What Does Conscience Mean?

Your conscience is the part of your personality that helps you determine between right and wrong and keeps you from acting upon your most basic urges and desires.

It is the moral basis that helps guide prosocial behavior, or behavior that helps others, and leads you to behave in socially acceptable and even altruistic ways.

In Freudian theory, the conscience is part of the superego that contains information about what is viewed as bad or negative by your parents and by society—all the values you learned and absorbed during your upbringing. The conscience emerges over time as you take in information about what is considered right and wrong by your caregivers, your peers, and the culture in which you live.

One way a child’s sense of morality might develop is through their caregiver's rules. For example, if a parent sets a rule, a child could learn a sense of right and wrong regarding that topic. Studies have also examined other factors that may affect the way conscience develops, including the nature of the parent-child relationship, style of parental discipline, and the child's temperament—but more research is needed.

What Does Conscious Mean?

Your conscious is your awareness of yourself and the world around you. In the most general terms, it means being awake and aware. Some experts suggest that you are considered conscious of something if you are able to put it into words.

In psychology, the conscious mind includes everything inside your awareness, including:

A metaphor that is sometimes used to explain the concept of the conscious mind within psychoanalytic theory is likening the mind to an iceberg. The part of the iceberg that can be seen above the surface of the water represents conscious awareness. It is what we are aware of and can describe and articulate clearly.

The largest part of the iceberg actually lies below the surface of the water. This represents the unconscious mind and includes all the thoughts, memories, and urges that are outside of our conscious awareness. This metaphor is frequently attributed to Sigmund Freud, but according to the American Psychological Association (APA), he never wrote about it.

Your consciousness refers to your conscious experiences, your individual awareness of your own internal thoughts, feelings, memories, and sensations.

Consciousness is often thought of as a stream, constantly shifting according to the ebb and flow of your thoughts and experiences of the world around you.

"Consciousness is generally defined as awareness of your thoughts, actions, feelings, sensations, perceptions, and other mental processes," explain psychologists Douglass A. Bernstein, Louis A. Penner, and Edward Roy.

The conscious and consciousness can be difficult to pin down. As psychologist and philosopher William James once explained, "Its meaning we know so long as no one asks us to define it."

To further explain their differences, here are examples of how the terms conscience and conscious could be used in a sentence.

They had a guilty conscience because they cheated on the test.

The term conscience here describes this person's sense of what is right and wrong and the subsequent feeling of guilt they have over cheating on the test.

They were worried they might faint at the sight of the blood, but they remained conscious.

The person was afraid they would lose consciousness by fainting when they saw blood. However, they didn't faint and stayed awake and aware of their surroundings.

They were conscious of the fact that everyone was staring at them.

The term conscious here describes the awareness of the person who noticed that everyone was looking at them.

When thinking about these two concepts, just remember that conscious means to be awake and aware while conscience refers to your inner sense of right and wrong.

It's definitely easy to confuse the terms conscious and conscience, particularly when you hear the words spoken out loud. However, with the help of some context clues and some attention to their spelling differences, you should have no problem telling them apart when you come across them.

The Role of the Conscious Mind
8 Sources
Verywell Mind uses only high-quality sources, including peer-reviewed studies, to support the facts within our articles. Read our editorial process to learn more about how we fact-check and keep our content accurate, reliable, and trustworthy.
Additional Reading 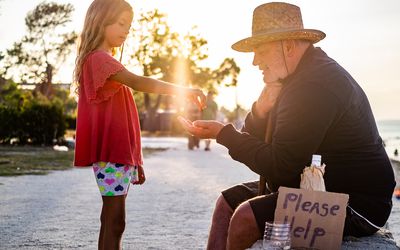 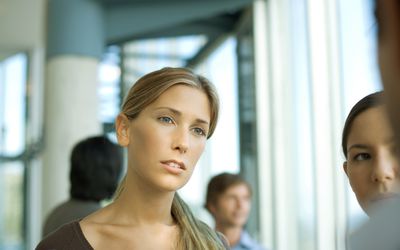