Depression in Father and Child Are Linked Regardless of Genetic Relation

The classic nature vs. nurture debate in psychology centers on whether certain behavioral traits and psychopathologies are genetic (nature) or learned (nurture). Do we inherit our personalities and preferences biologically or do we adopt them based on our environment and experiences?

It's an age old argument but today, most experts agree that it's not either/or, but both. In line with this contemporary thinking is a new study that suggests depression is transmissible between parents and children, regardless of whether they're biologically related.

Researchers from Penn State and Michigan State Universities evaluated 720 families of varying natural genetic relatedness. The families were participating in the Nonshared Environment in Adolescent Development (NEAD) study and 58.5% of these families included a stepparent—almost always a stepfather.

The results showed that paternal depression was consistently associated with child psychopathology and behavior problems, such as antisocial tendencies or attention difficulties, regardless of whether the two were biologically related.

In some cases, pathology appears to be genetic, in others, environmental—and yet most seem to be impacted by both.

These results were consistent in blended families as well, where the father was genetically related to one child but not the other. In a release, researchers said they found this to be a confirmation of their results.

"We also found that much of this effect appeared to be a function of parent-child conflict," said Alex Burt, study author and professor of clinical science at Michigan State, in a release.

"These kinds of findings add to the evidence that parent-child conflict plays a role as an environmental predictor of adolescent behaviors."

It's important to note the limitations of the study, as well. The study sample was predominantly white, which severely limits its ability to reflect the general population, and all children were between the ages of 11 and 18, which doesn't account for how psychopathology can change with age or emerge later in development.

Signs Your Child May Be Struggling With Mental Health Issues

So, genetics and environment both play a role in the mental outcomes for a child. With more than two decades of experience, marriage and family therapist Eden Garcia-Balis, LMFT, has seen this play out in some of the children and families she's treated.

"In some cases, pathology appears to be genetic, in others, environmental—and yet most seem to be impacted by both," Garcia-Balis says.

"I would say that most laymen believe that genetics outweigh environmental factors, but the jury is out...Experts in the field understand the importance of both factors and their overwhelming impact on mental illness," she explains.

Neuroscience and brain disorder expert Guochuan Emil Tsai, MD, PhD, founding CEO of SyneuRx, agrees that environmental and biological factors can play off of one another.

"A relatable example would be the converging evidence that shows a child’s development is adversely affected by stress, particularly during sensitive periods and stages of brain development," Tsai says.

"In general, depression is about half and half biological and non-biological factors. These two main driving forces impact each other. There’s good reason why identical twins may grow up to be two very different people with varied personalities and preferences."

What to Know About Childhood Depression

Psychologist Cara Goodwin, PhD, who specializes in child development, urges parents not to feel discouraged by the study's findings.

As the study also suggests, environmental changes can, to some extent, be made to prevent a child from experiencing the same mental struggles as a parent. As mentioned in the study, parent-child conflict is one area that can have a big impact.

"Parents can try to reduce parent-child conflict by working on managing their own emotions, giving their children choices whenever possible, and empathizing with their child's perspective even if they do not agree with it," Goodwin says.

If parents do notice their child is struggling with mental health issues, Garcia-Balis notes that the interventions that work for adults may not work for children.

In the same way, symptoms can present differently as well. When evaluating signs of depression in a child, look for persistence of symptoms, Garcia-Balis says.

Children may display a symptom here or there and not be depressed, but if a child consistently experiences physical ailments like a headache or stomachache, social withdrawal, vocal outbursts, changes in appetite or sleep patterns, or feelings of irritability, anger, sadness, or hopelessness, there may be a bigger issue at play.

Better nutrition, cognitively stimulating experience and, above all, good parenting can contribute to a positive health trajectory in your child’s life.

Tsai notes that the effects of depression can accumulate over time, leading to other health problems down the road. With the number of children and teens experiencing depression on the rise, it's best to take preventive measures if you're concerned this could be an issue.

"Better nutrition, cognitively stimulating experience and, above all, good parenting can contribute to a positive health trajectory in your child’s life," Tsai says.

He adds that the path to good mental health is different for everyone. So, it's always a smart decision to connect with a psychiatrist who can evaluate the situation and determine the next steps of your, or your child's, mental health journey.

Depression can be challenging to manage as an adult, let alone as a parent. Connecting with a mental health professional for yourself and/or your child can ease the burden of taking the next steps toward mental wellness.

Parental Phubbing Leaves Kids Feeling Ignored and May Increase Depression
4 Sources
Verywell Mind uses only high-quality sources, including peer-reviewed studies, to support the facts within our articles. Read our editorial process to learn more about how we fact-check and keep our content accurate, reliable, and trustworthy.
See Our Editorial Process
Meet Our Review Board
Share Feedback
Was this page helpful?
Thanks for your feedback!
What is your feedback?
Speak to a Therapist Online
×
The offers that appear in this table are from partnerships from which Verywell Mind receives compensation.
Related Articles 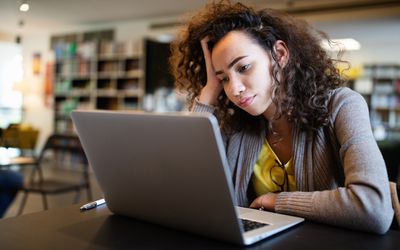 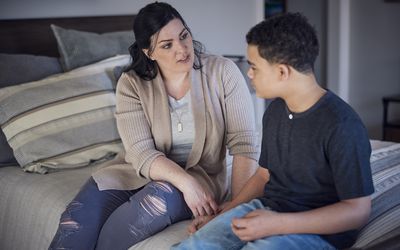 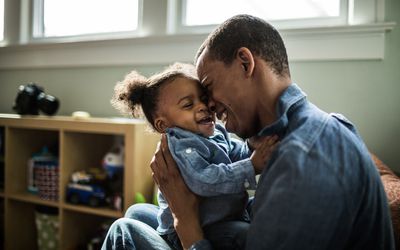 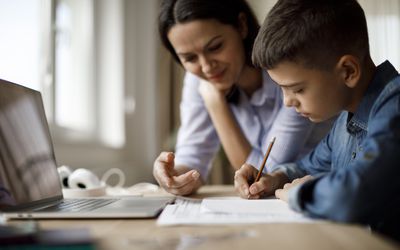 What Is the Parenting Stress Index?
The Origins of Psychology