Depression In Men: What to Know

Depression is a common mental health condition, that causes changes in mood, persistent feelings of sadness, lack of interest or pleasure and can affect the way you think and act. The World Health Organization estimates that 264 million people of all ages are living with depression across the globe. Depression can interfere with your day to day life and negatively affect your physical health, relationships with other people, and your work.

More women are affected by depression than men, however, male depression should not be overlooked. It’s a serious condition that affects 9% of men in the United States today.﻿﻿﻿﻿ Depression might also look a little different in men than in women. Which can make diagnosing depression in men more difficult. Here are some symptoms you should look out for, and tips on how to cope with the condition.

Symptoms of depression in men often look a little different than it does in women. Which makes it harder to diagnose, especially during the early stages of the condition. This is because men are less likely to acknowledge or share feelings of sadness or hopelessness that are commonly associated with depression.﻿﻿﻿ ﻿The usual emotional signs of depression in both women and men include:

Men are more likely to also exhibit behavioral symptoms of depression. Signs of this include:

Depression may also manifest in physical symptoms. Some of these include:

Symptoms of depression vary from person to person and will affect not just your mental health, but your physical health too. While one person might only experience feelings of sadness and hopelessness, another person may also experience weight loss, insomnia, or fatigue. If the condition progresses without adequate treatment, these symptoms might also intensify. Symptoms of depression can last for weeks, months, or years without adequate treatment.

Depression in men is underdiagnosed and often misdiagnosed. This is first because depression is thought to be a condition that is more prevalent in women. This makes depression in men often go overlooked. Men also have a harder time coming to terms with the reality of being depressed or recognizing symptoms of depression. When a man is depressed he may mask his emotions, allowing his depression to present in anger and irritability.

A 2013 study on the differences between how men and women experience depression, found that men are more likely to experience anger and aggression than women. They are also more likely to turn to alcohol and substance abuse as an escape from depressive thoughts.﻿﻿﻿

Societal and cultural pressures for men to act in a certain way plays a huge factor in why men are less likely to report symptoms of depression, and why they might be misdiagnosed.

Men are often reluctant to admit to having depression because they believe that friends, family, and peers might perceive them as not being masculine enough.

There is no single cause of depression, and in certain cases, no obvious cause can be found. However, research shows that there are multiple risk factors and triggers that could be responsible for a person developing the condition. They include:

Apart from the fact that men and women experience depression differently, there are also different forms of depression. Some common types include:

Depression in Men and Other Conditions

Depression in men may lead to other medical conditions, including sexual dysfunction. Not only do men who are depressed experience reduced libidos, but many also report erectile and orgasmic difficulties. This could be a result of many reasons. One is that medication used to treat depression such as antidepressant have been shown to impact sexual functioning.

Depression has been associated with the condition called fibromyalgia, which is characterized by chronic pain and tenderness at multiple points of the body. Fibromyalgia is sometimes seen as the body’s way of expressing psychological distress.

There are different types of treatments available to help with depression. However, the first step to getting better is often being willing to seek help. Consulting with a mental health expert will often result in the recommendation of either medication, psychotherapy, or a combination of both as a treatment plan for your depression.

Other medical tests might also be conducted to ensure that the symptoms you are experiencing are not a result of some other condition. People with mild depressive symptoms often start with only psychotherapy as a treatment plan. For severe cases, both medication and therapy are typically recommended by medical experts.

Antidepressants are a class of drugs, used to treat depression. They come in different forms and strengths but all serve the same purpose. Your doctor might put you on different types of antidepressants until you find one that works for you.

Antidepressants are thought to help improve symptoms of depression by increasing the levels of serotonin and noradrenaline in the brain. These chemical messengers have been linked to mood and emotion regulation. There are different types of antidepressants used to treat depression. The most common include:﻿﻿﻿﻿﻿

It might take some time to feel better while on medication. While some people might notice improvements in the first or second week, it can take up to four to eight weeks to witness significant improvement in your symptoms. If you are feeling better, and think you don’t need your medication anymore, speak to your doctor before you stop. Stopping your medication too soon might lead to withdrawal symptoms or a relapse.﻿﻿﻿﻿﻿

This is also referred to as ‘talk therapy’. Psychotherapy aims to help you talk through the emotional symptoms you are experiencing as a result of depression. Different types of psychotherapy have proven to be effective in treating depression in men. They include:

Coming to terms with the fact that you have depression can be hard, the good news however is that it’s treatable. Asides from using medication, therapy, or a combination of both to relieve your depressive symptoms, there are a couple of coping mechanisms that may also help.

Helping a Loved One With Depression

Depression is not just hard on the people living with the condition, it also affects the people who are closest to them. If a person you love is struggling with depression, here are some ways you could help:

Depression can be a life-altering condition, but it’s a treatable one. Recognizing the symptoms of depression, and seeking help is the first step to preventing the condition from taking control of your life. It’s important to know that depression is never a sign of weakness. It’s also not a condition you can overcome through the sheer force of will. It’s a very real mental condition that needs to be adequately treated for you to feel better. 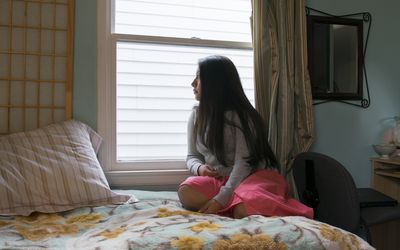 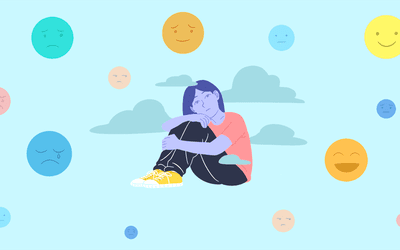 Small Ways to Feel Better When You're Depressed 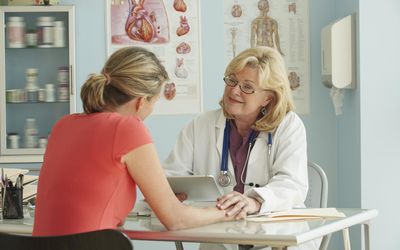