Despite Growing Research, Mental Health Still Understudied in Those with Cerebral Palsy

I was born with cerebral palsy (CP), the most common childhood motor disability according to the Centers for Disease Control, a condition that is the result of brain damage. A lot of my early life was spent in physiotherapy, focusing on the connection between body and mind.

However, my mental health was never discussed by a health practitioner until I decided to announce my anxiety and depression publicly. This got me curious about how often mental health and cerebral palsy are researched together.

Experts say that while research on mental health for those with CP is growing, the historical focus on the easy-to-spot physical manifestations of the condition—spasms and increased pain as two examples—means that mental health has been under-researched. Combine that with a heavy focus on children rather than the adults they turn into, and you find a research landscape that leaves practitioners under-resourced.

I have a regular routine with my primary care physician. I go in, I advocate a little, we chat, I make a joke, I get what I need, and I leave. Last time I was being seen he threw a new wrinkle in. He asked me if I had anything I wanted to share with the medical student in the room. I told him to talk about my brain damage after I left.

To have cerebral palsy (CP) is to spend your entire adult life Googling whether something that’s happening to your body is CP related or just happenstance. I’ve been to therapist’s office where the first thing out of their mouths is, “So, I Googled the link between CP and trauma” as if I hadn’t done that thousands of times before.

I grew up in a medical family, I used to bring my honor roll certificate to appointments so that I wasn’t talked down to. I know the song and dance. Turns out, part of the issue is that mental health conditions are understudied in those with cerebral palsy

Mental Health Barely on the Radar in Research Focused on Children

Dr. Jenny Downs is part of a team at Perth’s Telethon Kids Institute—an independent research institute based at the University of Western Australia—who produced a 2017 systematic review of research surrounding CP and mental health. Of more than 3,158 studies, only 8 fit their criteria, meaning far less than one percent of studies discussed “prevalence of a mental health disorder or symptoms,” involved participants aged 6-18 who had cerebral palsy and were peer-reviewed.

Downs says that part of the problem is that the focus is so often on the easy-to-spot symptoms—increased spasticity being the most common—rather than the less obvious ones. She points to developed guidelines for hip development and preventative treatment as an example of where extensive physical research has flourished while behavioral and mental health concerns have lagged behind.

“There are terrific outputs from having been so focused on the physical health side, but it's probably now time to bring in the feelings and the emotions so that every child with cerebral palsy can really thrive in their feelings and their behaviors as well.”

Research is Also Lacking in Adult Populations, but Movement is Starting

But this hints at another issue faced by researchers of cerebral palsy. The vast majority of research involves children and their parents rather than adults.

In fact, with titles like, “Economic Costs Associated With Mental Retardation, Cerebral Palsy, Hearing Loss, And Vision Impairment” (2003), “Quality of Life and Mental Health Among Parents of Children with Cerebral Palsy: The Influence Of Self‐Efficacy and Coping Strategies” (2013) and “Time Demands of Caring for Children With Cerebral Palsy: What are The Implications for Maternal Mental Health?” (2011) you’d be forgiven for thinking that the focus isn’t on patients at all.

There are terrific outputs from having been so focused on the physical health side, but it's probably now time to bring in the feelings and the emotions so that every child with cerebral palsy can really thrive in their feelings and their behaviors as well.

Downs says that the focus on parents, common in many conditions labeled primarily within a childhood population (autism being another example) also comes from a lack of clarity on how to quantify what medical staff are seeing and hearing.

“What that partly comes to is that we are less clear as to how good our measures are for children with neurodevelopmental impairments. That’s all. There needs to be some validation work on that. So, people probably tend to focus on parents a little bit more, but the child needs that rounded approach as much as anyone."

Shifts in the Research Landscape

The University of Michigan’s Dr. Daniel Whitney studies both children and adults with cerebral palsy. He says that while there are a number of researchers working on CP and aging, there is still much that has not been explored.

“The research landscape has recently shifted towards focusing more on health issues as individuals with cerebral palsy age into and throughout their adult years. However, there was not and still is an insufficient amount of research on components of aging with cerebral palsy.”

He points towards resources produced by the Cerebral Palsy Foundation, including an adult health checklist and questions to bring to your primary care physician should you have concerns, as evidence of change.  As a researcher with interests in both areas, Whitney says that working across the lifespan has a significant impact on his work.

“My pediatric work often informs what I should be studying in the adult years, as problems with organ growth and function does not disappear in the adult years- it usually gets worse. For example, knowing that children with cerebral palsy can develop structurally abnormal bones during growth provides a unique insight into how their bones may continue to change in the adult years…"

Nevertheless, persons with CP are at increased risk for mental health disorders due to various factors that may be directly associated with CP.

"Nevertheless, persons with CP are at increased risk for mental health disorders due to various factors that may be directly associated with CP (for example, communication impairment) or result from sequela of the condition (for example, morbidity profile, pain, low fitness levels).”

The Future of the Research

For Downs, the fact that research like her systemic review has been heavily cited hints at a brighter future for research related to cerebral palsy and mental health.

“It's just said, don't forget mental health because it's there, and the children live with these symptoms. And we therefore, the therapists, clinicians, parents, everyone in our society, that there's a part of living that we ought not to forget.”

Adults with cerebral palsy are vulnerable to a variety of mental health conditions, as it is well known that living life with a disability implies ongoing emotional and physical challenges. Research on the connection between CP and mental health is slowly growing, but doctors still have a long way to go.

Paralympians Speak Out About the Mental Health Challenges They Face
4 Sources
Verywell Mind uses only high-quality sources, including peer-reviewed studies, to support the facts within our articles. Read our editorial process to learn more about how we fact-check and keep our content accurate, reliable, and trustworthy. 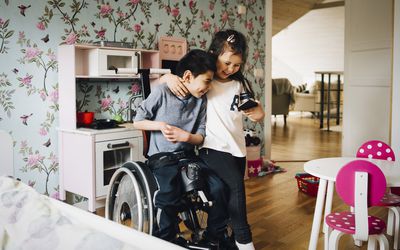 Mental Health in Children with Cerebral Palsy Beginning to be Understood 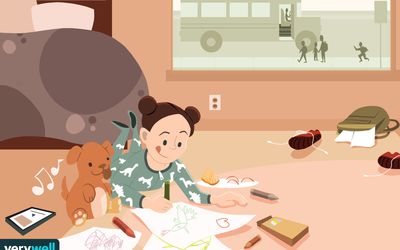 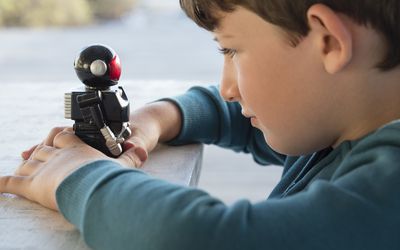