Schizophrenia and dissociative disorders are both serious mental health conditions. While the two conditions do share some similarities, they are not the same and have distinct characteristics, symptoms, and treatments.

Schizophrenia is a condition marked by disturbances in thoughts, feelings, and behaviors. Dissociative disorders are characterized by problems with the continuity of memories, thoughts, identity, and actions that result in a disconnection from reality.

Learn more about the differences between dissociative disorders and schizophrenia. If you experience symptoms of these conditions, consult a healthcare provider for diagnosis and treatment.

People with schizophrenia and dissociative disorders may experience some similar symptoms. Shared symptoms may include hearing voices, memory loss, and feeling disconnected from the self and others.

As with many mental health conditions, it can be difficult to determine the cause of schizophrenia and of dissociative disorder. Research is ongoing.

There isn’t one single cause of schizophrenia. Research has noted a strong genetic link, as a family history of psychosis significantly increases a person’s risk of the disease. Factors that may increase the risk for schizophrenia include:

Dissociative disorders, on the other hand, typically develop in response to significant trauma. This might be military combat or physical or sexual abuse, experiences of which overwhelm the brain. The disorder may grow worse when an individual is under significant stress.

Who Is Affected and When?

Both schizophrenia and dissociative disorders are relatively uncommon. According to some estimates:

A person living with schizophrenia is more likely to experience other conditions, including posttraumatic stress disorder (PTSD), obsessive-compulsive disorder (OCD), and major depressive disorder. They are also at a higher risk for substance use.

Each type of dissociative disorder has different average onsets and frequencies. However, amnesic (memory loss) episodes can happen at any time, at any age, and last anywhere from minutes to years.

Studies indicate that dissociative symptoms do not differ between genders. Researchers speculate that the reason more women are diagnosed could be connected to the fact that men enter the legal system rather than the health system.

In order to diagnose your condition, a healthcare provider will ask questions about your symptoms, take a medical history, and perform a physical exam. They may also use lab tests or other diagnostic tests to rule out any medical conditions that might be causing your symptoms.

Your specific diagnosis will depend on the type of symptoms you present with. Your healthcare provider will use the "Diagnostic and Statistical Manual of Mental Disorders, 5th Edition" (DSM-5) to diagnose your condition. The DSM-5 describes disorders and lists the symptom and functioning criteria that a person must meet in order to be diagnosed with a specific condition.

In order to meet the criteria for schizophrenia, an individual must experience two or more of the following symptoms (including at least one of the first three items on the list):

People with schizophrenia may lack insight into their disorder. Individuals who do not think they have a problem are less likely to be compliant with their treatment. That may mean higher relapse rates, increased involuntary admissions to psychiatric hospitals, and poorer psychosocial functioning.

There are three different types of dissociative disorders: depersonalization/derealization disorder, dissociative amnesia, and dissociative identity disorder (DID). Each has its own set of diagnostic criteria in the DSM-5.

Individuals with dissociative disorders may function normally part of the time. Then, their symptoms may create difficulties for them, making it hard to work, maintain relationships, or continue with education.

Schizophrenia and dissociative disorders are distinct diagnoses, each with their own set of symptoms and specific diagnostic criteria.

Standard treatment for schizophrenia includes antipsychotic medications, along with psychotherapy and community support services. With proper medication, hallucinations and delusions can subside.

Hospitalization might be necessary for the safety of the person with schizophrenia as well as those around them.

There is no sure-fire way to prevent schizophrenia. The condition is strongly linked to genetic influences and brain differences. However, it may be possible to reduce the risk by avoiding environmental risk factors such as substance use.

Because dissociative disorders are strongly linked to traumatic experiences, finding ways to reduce distress and treat the aftereffects of trauma may be helpful.

Both schizophrenia and dissociative disorders are highly misunderstood conditions. Experiencing symptoms of either type of condition can be distressing and disruptive, so it is important to seek help if you have any symptoms that cause concern. 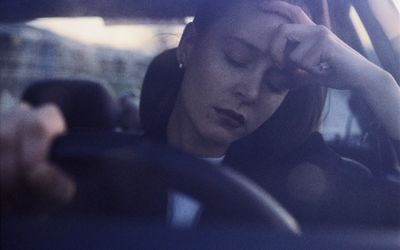 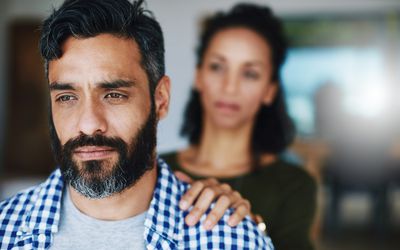 What Is Dissociative Amnesia? 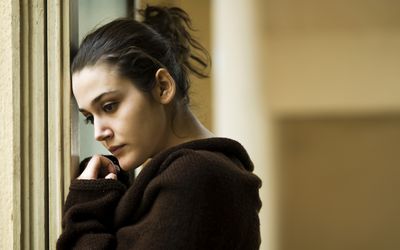