E-cigarettes May Help You Quit Smoking, But Carry Their Own Risks

A research review published in Cochrane Reviews has updated its findings and conclusions for 2020. In previous research from 2014, some evidence suggested e-cigarettes may be more effective as a tobacco cessation method than nicotine replacement therapy (NRT). In the update, researchers now caution that e-cigs come with their own risks and are not a "safer smoking" option.﻿﻿

The update examines 50 studies (35 of which are new) representing 12,430 participants. Researchers found e-cigarettes had a moderate edge over NRT in some studies, but many findings were imprecise. That means unlike the smaller, original review, the update found insufficient evidence to conclude that e-cigarettes are significantly better for quitting than other methods like NRT and behavioral support.

Added to that, e-cigarettes are not without concerns. Because they've only been on the market a relatively short time, their long-term effects aren't yet known. But there are indications of lung injuries and heart issues related to e-cig usage.﻿﻿

In the research review, researchers looked at people who stopped smoking for at least six months, and while e-cigs did seem to have an advantage, it wasn't considerable, according to study co-author Jamie Hartmann-Boyce, PhD, Director of Evidence-Based Healthcare at the University of Oxford's Nuffield Department of Primary Care Health Sciences.

For every 100 people using e-cigs to stop smoking, 10 were able to do so successfully, compared to six out of 100 for NRT. Cold turkey had the lowest efficacy, but still worked for some, with four out of 100 able to quit for at least six months.

What's uncertain is the prevalence of unwanted effects that come with e-cigarettes, says Hartmann-Boyce. She notes that these can include:

Everything You Need to Know About Vaping

More research needs to be done on vaping, but what has come out in the last couple of years is not pointing toward vaping as a safe alternative.

As of February 2020, the Centers for Disease Control and Prevention have confirmed 68 lung injury deaths related to vaping.

While e-cigarettes do contain fewer toxic chemicals than regular tobacco cigarettes, they still contain nicotine, which has been linked to lung and heart issues.

In a major study published in the American Journal of Preventive Medicine assessing the health and smoking habits of over 700,000 participants, e-cigarette use was associated with 75% higher odds of:

Not everyone who vapes is doing so as a way to refrain from smoking, and some choose to use both e-cigarettes and traditional cigarettes regularly. Also, for some, vaping might be a first step toward smoking addiction instead of away from it.

A research letter in JAMA looking at the prevalence of e-cigarette use among U.S. adults between 2014 to 2018 found significant increases in usage among young adults, including among those who had never smoked.﻿﻿

"Perhaps the biggest concern with vaping is the so-called gateway effect," says Michael Blaha, MD, a professor of medicine at Johns Hopkins. "Our literature suggests that two million young adults use electronic cigarettes as their first nicotine-based product. They're not trying to quit smoking."

Perhaps the biggest concern with vaping is the so-called gateway effect. Our literature suggests that two million young adults use electronic cigarettes as their first nicotine-based product. They're not trying to quit smoking.

Nicotine in any form is highly addictive, he adds. By encouraging vaping use instead of smoking, Blaha believes we might be facing "the next smoking epidemic" that starts with vaping addiction.

That could get more complicated by the perception of e-cigs as safe, says Leah Guttman, PsyD, New York City-based clinical psychologist, and founder of Washington Square Therapy, which specializes in emotional wellbeing for young adults.

"Many people believe e-cigarettes don't carry health risks at all," she says. "They may also think it's not addictive. That makes it much harder to quit, especially if you've also transitioned to traditional cigarettes."

If you're trying to quit smoking or lower your cigarette use, e-cigarettes might seem like a tempting alternative. Just be wary of how much nicotine your vape contains and pay attention to your smoking habits. It's easy to find yourself reaching for the vape even more frequently than a cigarette, which could have negative consequences for your health.

Half of Teens Who Vape Would Like to Quit, Survey Shows
6 Sources
Verywell Mind uses only high-quality sources, including peer-reviewed studies, to support the facts within our articles. Read our editorial process to learn more about how we fact-check and keep our content accurate, reliable, and trustworthy. 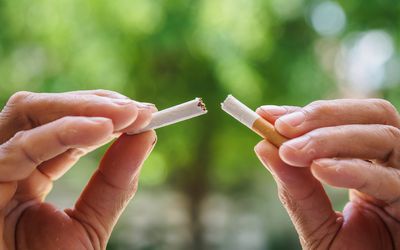 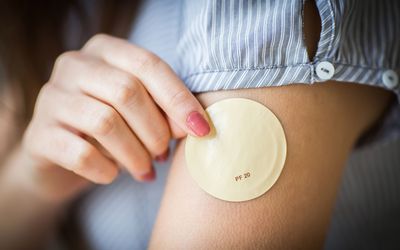 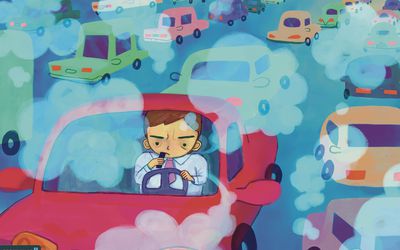 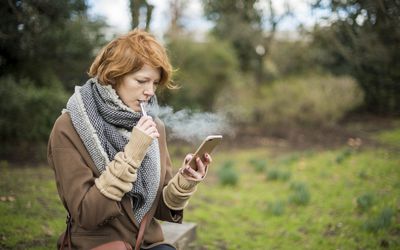 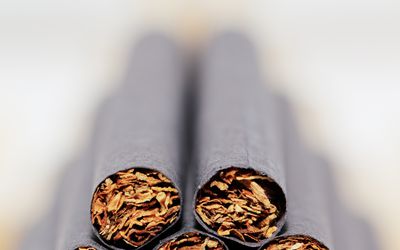