Alzheimer’s disease is a brain disorder that is characterized by memory loss, confusion, and changes in personality. It is an irreversible condition that has no cure. As a result, symptoms get progressively worse, until the person is unable to perform simple daily tasks and care for themselves. Treatment can help manage the condition and slow its progression.

The progression of Alzheimer’s disease is generally categorized into four stages:

These stages are generalized guidelines that can help people with Alzheimer’s disease and their loved ones know what to expect as the condition progresses. They can help people prepare for the road ahead and make decisions about their medical care.

However, it’s important to note that everyone experiences Alzheimer’s disease differently, and the timing and severity of their symptoms can differ. As a result, every individual may move through these stages at different rates. In some cases, the stages may even overlap, making it hard to determine exactly which stage the person is experiencing.

Alzheimer’s disease is caused by harmful changes in the brain that start before any symptoms appear. These changes can begin several years or decades before symptoms become noticeable. This period is referred to as the preclinical stage of Alzheimer’s disease.

In the early stages of Alzheimer’s disease, people may have difficulty with:

At this point, the person probably seems healthy and is likely able to drive, work, participate in social activities, and function independently. They may occasionally forget where they’ve kept their keys or the sugar, but probably won’t have any trouble remembering familiar names, faces, and places.

The person may be aware of their forgetfulness, although it may be mistaken for normal signs of aging. Friends, family members, and neighbors may also start to notice the person’s memory lapses as they start to become more frequent.

The middle stage is the longest—it can sometimes last years.

Alzheimer’s disease is often diagnosed during this stage, because the symptoms become more evident and it becomes apparent they are not part of the normal course of aging.

These are some of the symptoms of middle stage Alzheimer’s disease:

During this stage, symptoms start to disrupt the person’s life. Initially, the person may be able to manage with occasional assistance. Over time, they may require a greater level of care. For instance, they may need help with tasks like selecting appropriate clothing, brushing, bathing, or getting dressed. Symptoms may often get worse in the late afternoon or night.

The late stage of Alzheimer's disease is characterized by:

Alzheimer’s disease destroys people’s brain cells, resulting in significant mental and physical impairment. This condition eventually affects a person’s ability to think, move, function, and communicate. The person becomes extremely vulnerable to infections such as pneumonia, because their inability to swallow can cause food or liquid to enter their lungs.

Over time, the person may become bedridden and require full-time care. Family members may consider hospice services to help care for the person and ensure their comfort in the final stages.

Being diagnosed with Alzheimer’s disease can be distressing for the individual and their loved ones. Learning about the condition and its progression can help people prepare for the road ahead and participate in their healthcare.

Coping With Early-Onset Alzheimer’s Disease
2 Sources
Verywell Mind uses only high-quality sources, including peer-reviewed studies, to support the facts within our articles. Read our editorial process to learn more about how we fact-check and keep our content accurate, reliable, and trustworthy.
Additional Reading 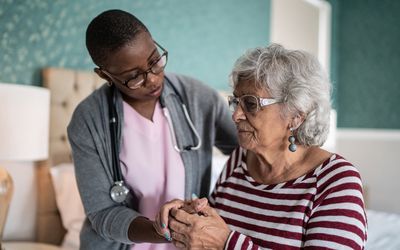 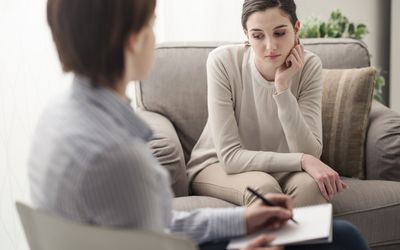 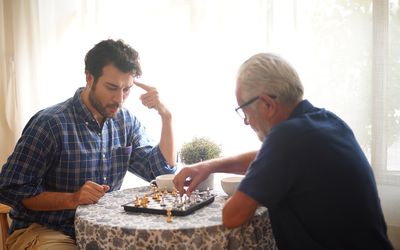