How ECT Is Used for Treating Depression

ECT, or electroconvulsive therapy, is an alternative therapy for certain psychiatric illnesses that are not responding to traditional treatments.﻿﻿ Learn more about this therapy, including potential side effects, and what it's like to experience ECT.

First developed in the 1930s by Bini and Lenletti, ECT continues to have an important role in the treatment of resistant psychiatric conditions. ECT works by sending an electric current through the brain. This electrical current, in turn, is thought to alter the chemicals in the brain related to mood.

Though it has been misunderstood by the public, electroconvulsive therapy (ECT) can be a relatively safe procedure for some people with major depression which is resistant to typical therapies, like antidepressants and psychotherapy.

ECTs are given in safe environments—usually recovery rooms in hospitals where medical professionals and equipment are present. An anesthesiologist and an attending psychiatrist give the treatments, along with ECT trained nurses.

A person is gently sedated, with an anesthetic, and relaxed so there is no pain. The ECT produces a type of seizure in the brain. The treatment lasts only a few minutes. Observation of the treatment might reveal a wiggling of the patient's toes.

Shortly after the treatment, the patient wakes up, is checked thoroughly by medical personnel, and is allowed to go back home or to the hospital. After an ECT, the patient may have a slight headache, some drowsiness, and temporary confusion, but anything more serious is extremely uncommon.

What to Expect During Electroconvulsive Therapy

ECT is mostly used to treat major depressive disorder, but it may also be used to treat other psychiatric illnesses, like mania or schizophrenia.﻿﻿

For catatonic depression (catatonia), in particular, ECT may result in response rates as high as 80 to 100% and appears to be more effective than any other treatment currently available.

Can ECT Be Used to Treat Anxiety?

Anxiety disorders are common psychiatric illnesses and include:

Depression and other mood disorders are very common in people with Parkinson's disease. There has been a lot of research in recent years looking at the role and benefit of using ECT or Parkinson's related depression.

ECTs are for people who are not responding to medication and other treatment methods for depression. The classic example is the use of ECT for a person with major depressive disorder who does not respond to large doses of an antidepressant and psychotherapy. ECT is sometimes given in combination with other therapies in hopes that the combination will improve a person's symptoms more than ECT alone.

Over the short-term, side effects of ECT may include headaches, nausea, muscle aches, and confusion.﻿﻿ These symptoms are usually self-limiting and resolve in a matter of days. Retrograde amnesia may last longer than these other symptoms but rarely persists.

Long-term cognitive changes can be a side effect of ECT, with memory loss—mostly loss of memory regarding recent events—most common. A doctor will commonly ask memory or orientation-related questions after a person undergoes ECT to assess their degree of cognitive loss if any.

More severe possible side effects include cardiac pulmonary and brain-related effects.﻿﻿ There is an increased risk of heart attack and heart rhythm disturbances in those who have coronary artery disease, and your doctor may recommend consulting with a cardiologist before having ECT.

It is important that patients are aware of this risk and all other potential risks and benefits of ECTs before consenting to treatment.

Despite a general sense by the public that ECT is dangerous and outdated when used based on careful selection criteria, it can be a relatively safe way of getting severe depression under control. Certainly, the risk of ECT needs to be carefully weighed against the risk of severe depression which is not responding to treatment, such as suicide risk and more.

ECT has a negative public perception or stigma. In addition, there is both a lack of awareness among primary care physicians of the role ECT can play and a lack of providers who perform the procedure.

It's important to note that ECT is a procedure that is performed when treatments such as medications and psychotherapy are ineffective in relieving severe depression or other psychiatric illness such as schizophrenia. When this is the case, the quality of life of a person is very important to keep in mind when considering the treatment.

Before considering ECT, it's important to consider the possible alternatives.

Your psychiatrist may have had you try several different antidepressants from different classes. We still don't know why some people may respond better to one class than another, but it is probably related to the balance of neurotransmitters in the brain which can lead to depression.

Psychotherapy is also a mainstay and should be tried before considering ECT.

One alternative to ECT that has been used more often in recent years is transcranial magnetic stimulation.

ECT is believed to be a safe intervention in carefully selected people that can be very effective in alleviating distressing psychiatric symptoms. As with any intervention, procedure, or medication, please speak with your doctor about any concerns you have before undergoing ECT.

The 7 Best Online Help Resources for Depression
5 Sources
Verywell Mind uses only high-quality sources, including peer-reviewed studies, to support the facts within our articles. Read our editorial process to learn more about how we fact-check and keep our content accurate, reliable, and trustworthy. 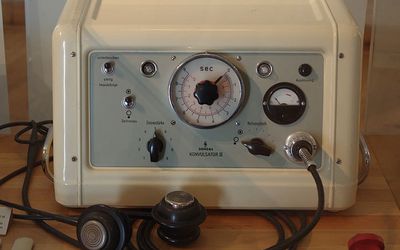 What Is Electroconvulsive Therapy (ECT)?
An Overview of Treatment-Resistant Depression 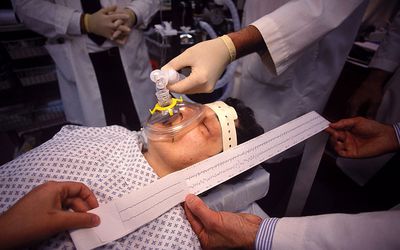 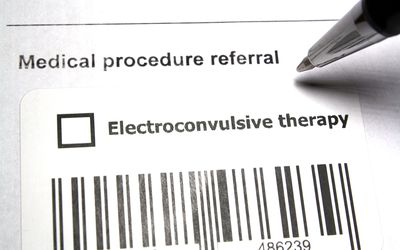 What Is Catatonic Depression?