Symptoms of borderline personality disorder (BPD) at work can vary, including the different ways that these symptoms can affect your job performance and ability to "fit in" with your coworkers.

If you have BPD, you may have had work experiences that upset you, the people who worked with you, or both. If so, do you know why those upsetting events happened—how your BPD symptoms may have played a role?

We could talk at length about the different ways in which specific aspects of BPD may affect your job performance, but an example can illustrate these much more effectively. Perhaps this example of one person's experience with BPD at work may help you understand your own work disappointments better—and help keep you from repeating them.

As you read through this example, we will put some notes in italics for you to stop and contemplate whether you have experienced something similar. Don't worry if none of this fits with your experience, however, there is plenty to learn from this example for anyone—with or without BPD.

In our case study example, a man named Bruce who lives with BPD has a history of job changes. Over and over, he's happy at first, then he's less and less happy, then he becomes angrier and angrier, then he goes to the next job. Each time this happens, he's at a loss to understand why.

Here's a look at how this happens. As you read through his story, think about how you may have faced similar experiences both at work and at play.

Thinking of your own experiences and any similarities may help you both find an underlying concern, as well as begin to visualize how you could have reacted differently.

You may even want to grab a piece of paper and a pen and write down anything that sounds like your own experience. With these points noted you can then picture alone, or work with your therapist, on how to make the changes necessary to make your own ending a happy ending.

Am I Bipolar or Depressed?

From Happy to Angry

Bruce is always very excited when he begins a new job. He tells everyone he sees how fulfilling the work is, and for the first few weeks, he cannot say enough about how much he likes his boss and coworkers. He talks up the company and shares his dreams about moving into more and more responsible roles.

(Take a quick moment to picture whether you have ever felt this way when starting a new job, or even a new relationship. Have you idealized other people in the beginning?)

However, after only a short time, Bruce begins to feel that his boss is "out to get him." He perceives every work request or direction as unfair criticism. He also becomes increasingly frustrated about working with his coworkers. He complains about what he sees as their lackluster efforts that no one else seems to notice or care about.

Take a moment to think about whether this same thing has happened to you. Have you started out with high expectations only to be disenchanted with those you had at first been impressed with?

By this time, it's clear to Bruce that his supervisors and coworkers don't like him and are picking on him.

Eventually, Bruce comes to believe that the people at the office are trying to find reasons to fire him, and he reacts in a rage. He yells and swears at his boss while complaining about how unfair the situation is and "always has been." His angry outburst and disrespect toward his boss can only end one way: Bruce is let go to search for another new job.

(Yet, again, have you experienced something like this? Have you slowly become angrier and angrier with a boss or coworker until you simply erupt in anger?)

In this example, Bruce demonstrates the following symptoms of BPD at work:

If you're wondering if you ever experience splitting, think about whether you use these terms in regard to relationships: always, never, perfect, impossible, ruined, terrible, and awful. This kind of language often signifies that splitting has occurred.

Was Bruce justified in the way he felt? What his boss and coworkers actually thought about him as he grew increasingly upset and angry can't be known. It's likely, however, that their actions toward Bruce had little to do with the negative way he perceived them.

If you saw yourself in this example, you may be wondering how things could be different. In truth, there is a lot that you can do which can help you cope with the symptoms of BPD.

Part of the process lies in beginning to recognize the patterns in your behavior. Recognizing these patterns won't necessarily change what you feel inside. You may still want to essentially run away and declare a boss "awful" if an action at work triggers your fear of abandonment. Yet you can learn new ways to react which can result in different endings.

The first step is to find a therapist who you feel comfortable with. Just as with other relationships, finding a therapist can be challenging. Many people with BPD go through the same type of cycle mentioned above with a therapist, first idealizing the therapist, and then if something triggers their sense of abandonment, begin to strongly dislike the therapist.

It's important to consider this if you begin to have any negative feelings during your therapy. This is very worthwhile. Both short term and long term therapy have been found to improve the ability to work for people living with BPD.

You may also wish to begin learning about how to avoid BPD triggers, and how to manage triggers when they occur. In addition to work in therapy, self-care for BPD is critical in coping with the disorder. Learning coping skills for BPD can also help you whether at work or in your relationships. 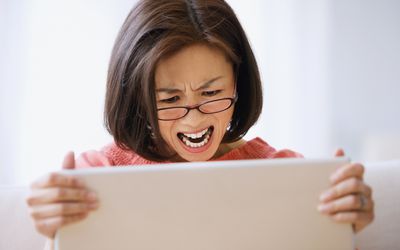 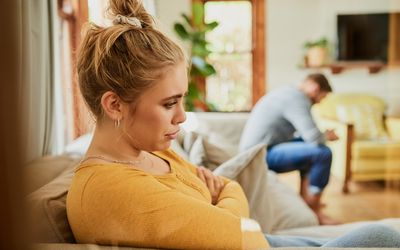 The Challenges of Unstable Interpersonal Relationships and BPD 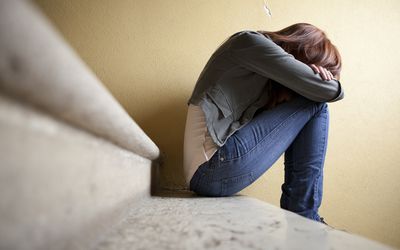 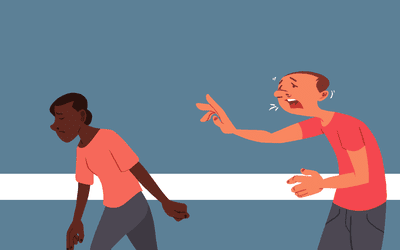 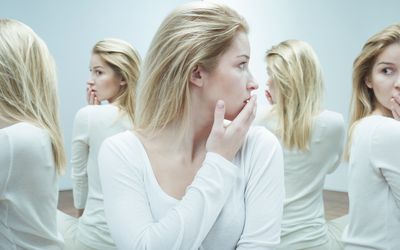