Why a Person May Fake Depression

Can depression be faked?

Depression is a serious and common mental health condition, but in some cases, people may fake or exaggerate symptoms to obtain rewards or to avoid undesirable outcomes.

Known as malingering, this phenomenon may involve fabricating symptoms of depression (or another mental health condition) in order to avoid work, military service, or jury duty or to obtain something such as prescription medications. Malingering can be difficult to detect since many of the symptoms of depression are easy to emulate, particularly if a person is familiar with the condition.

Malingering is not considered a psychiatric condition. It does share some similarities with what is known as factitious disorder. A factitious disorder involves faking symptoms of an illness without a clear motive or reward. It is also important to distinguish malingering from somatic symptom disorder, a condition where people become distressed about symptoms that may be imagined or exaggerated.

While malingering is not considered a mental illness, the Diagnostic Manual of Mental Disorders, Fifth Edition (DSM-5) lists it as a condition that may be the focus of clinical attention.

Why Some Disorders Are Not in the DSM-5

Malingering does not have a specific set of symptoms, which is part of why it can be so difficult to detect. People may give inconsistent or overly intense descriptions of their symptoms to doctors. The onset of symptoms usually occurs suddenly in the face of an undesirable event such as criminal or civil legal problems, jury duty, or military duty.﻿﻿

Unfortunately, malingering depression can lead to abuses of the medical system including excessive testing and faking symptoms in order to obtain prescription medications.

Malingering is often caused by situational factors including a desire to gain a specific reward (such as an insurance settlement) or to avoid something unpleasant (such as a jail sentence). However, it is also important to recognize that it can sometimes occur as part of a real disorder. Malingering may sometimes occur as a symptom of antisocial personality disorder, for example.﻿﻿

It is difficult to know how common it is for people to fake depression or other mental illnesses, although it is believed to happen more frequently in specific contexts, particularly in criminal and legal settings.

In one study looking at criminal defendants who were claiming mental illness, 18% were formally identified as malingering.﻿﻿

The available research suggests that malingering is rare in clinical settings, but much more common in legal and medical settings where there is a motivation for financial reward or the avoidance of punishment.﻿﻿

The diagnosis of depression relies on a person's own subjective descriptions of their symptoms and the professional judgment of a doctor or mental health professional. During an evaluation, a doctor will look at how a person is feeling and may also attempt to determine whether or not the individual is faking symptoms.

In general, there are two possible reasons why faking depression might take place:

Some clues that might suggest that an individual is faking symptoms of depression include recent legal problems or the possibility of some sort of financial settlement. Inconsistent symptoms, differing accounts from other sources, or a refusal to cooperate with the diagnostic process may also raise red flags.

Perhaps not surprisingly, malingering is often very difficult to detect. Doctors who suspect that a person is faking their symptoms might use an instrument such as the Structured Inventory of Malingered Symptomology (SIMS) to try to detect signs of malingering.﻿﻿

While psychological tests can help with the detection of faking depression, such data also needs to be supported by corroborating evidence provided through detailed interviews, medical records, doctors' notes, and other sources.

Even though depression can be difficult to detect, you may be able to see some of its signs.

People with depression may:

People who are experiencing these signs may very likely have depression. If someone you know has such symptoms or seems to be struggling, you can reach out and offer your support.

It is up to a doctor or mental health professional to make an official diagnosis. Avoid making judgments about whether you think a person's symptoms are real or serious enough; you may have no way of knowing what a person is going through.

Unfortunately, when people see a person who has depression smiling or acting fine, it can sometimes lead to the suspicion that the individual is faking their illness. Going by external appearances only, it's very easy to think that a person's condition might not be real or serious.

However, it is important to remember that you are only seeing a single moment in time. What matters most in determining whether a person has depression—and whether the condition is too severe to attend work or other obligations—is what that person's life is like overall.

Symptoms you can't see can include having difficulty falling asleep the night before, struggling to find the motivation to get going, and difficulty concentrating on normal tasks.

While faking depression is certainly possible, remember that depression itself tends to be an invisible illness.

Many of its symptoms are mental and emotional and its signs are not always obvious to the casual observer. People with depression often look completely normal on the outside because they become very good at pulling themselves together while out in public, putting on a false smile to hide the turmoil that they feel inside. Then, when they are all alone, they fall apart.

Stigma about mental illnesses such as depression still exists. The idea that people are faking or that their symptoms "aren't that bad" plays a part in perpetuating this stigma.

While faking depression is possible, the vast majority of people with symptoms of depression are truly struggling with a difficult, stressful, and very real condition.

Rather than treating people with suspicion, focus on being a source of support. Encourage those who are showing signs of depression to seek out the treatment they need. Leave the diagnosis to the professionals and focus on being a supportive friend.

How to Help Someone With Depression

Faking depression to gain rewards or avoid punishments is not a form of mental illness, but it may be linked to other disorders such as personality disorders or substance misuse.

Before it is determined that a person's depression is a case of malingering, it is important to rule out other possibilities including an existing mental condition, a medical illness, or an underlying cause that might lead someone to exaggerate or make up symptoms. 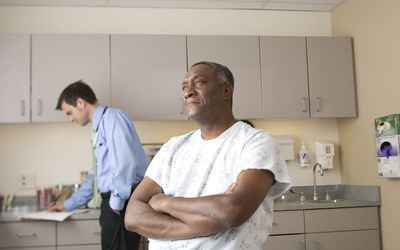 What Is Munchausen Syndrome (Factitious Disorder Imposed on Self)? 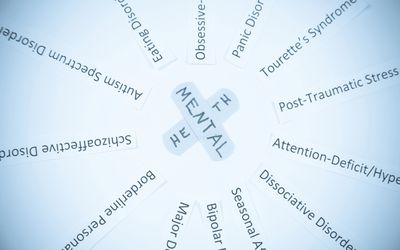 Difference Between Provisional and Differential Diagnoses 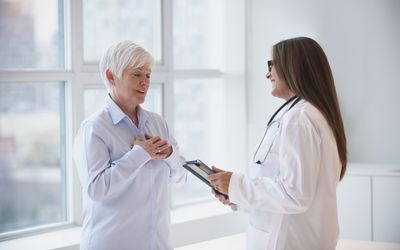 How to Tell Your Doctor You're Depressed 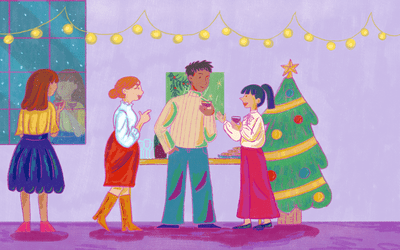