An SSRI like Celexa can prevent serotonin from being reabsorbed back into the nerve cells that previously released it. This simple act can improve mood, reduce feelings of anxiety, and decrease the severity of panic attacks and other panic disorder symptoms.

Celexa is approved by the Food and Drug Administration to treat major depressive disorder in adults, but it is sometimes prescribed off-label to treat other conditions. For example, if you've been diagnosed with an anxiety disorder such as generalized anxiety disorder or panic disorder, your doctor may prescribe Celexa to reduce your symptoms.

Other off-label uses for Celexa include:

Although commonly prescribed to adults, Celexa is rarely given to anyone younger than 18 years of age.

Dealing with the symptoms of panic disorder can be extremely difficult and it's normal to want to find relief as soon as possible.

When starting a new antidepressant medication, it's important to be patient and not expect immediate results.

Many people report that they notice positive changes and reduced symptoms within the first days to weeks of starting on Celexa, but it can take up to several months before the full effect of Celexa kicks in.

Celexa may not be right for you if you have or have had certain medical conditions, including:

Talk to your doctor about all medications, supplements, and vitamins that you currently take. While some drugs pose minor interaction risks, others may outright contraindicate use or prompt careful consideration as to whether the pros of treatment outweigh the cons in your case.

Celexa can be passed on from mother to child during pregnancy or while nursing. If you're trying to become pregnant, already pregnant, or breastfeeding, talk with your doctor about the benefits and risks of taking Celexa.

The FDA released a black box warning in 2007 cautioning that the use of SSRIs may lead to increased suicidal thoughts and behaviors. The FDA warned that this problem can be especially problematic for adolescents and young adults who are on SSRIs.

Doctors who prescribe SSRIs, including Celexa, need to monitor for potential worsening of mood or thoughts of suicide, especially for young people just beginning their prescription or changing dosages.

Alcohol consumption should be minimized while taking Celexa. The effects of alcohol may be intensified with Celexa and alcohol has the potential to interfere with its effectiveness.

It may take several weeks or longer for Celexa to be fully effective. During this time, you may experience side effects before you notice benefits. Most side effects of Celexa pass with time.

People taking Celexa may experience some side effects, including:

If these side effects are troublesome or do not go away, discuss them with your doctor. They may lower your dosage or change your medication.

Contact your doctor immediately if you experience any of the following rare side effects:

It is possible to experience serious drug interactions while taking Celexa with other substances or medications. Make sure your prescribing doctor is up to date on all of your current prescriptions and over-the-counter medications.

The following medications can interact with Celexa:

If you want to stop taking Celexa, it's extremely important to consult with your doctor first. They will help you gradually reduce your dosage. If you stop taking Celexa abruptly, you may experience withdrawal-like symptoms, which can include:

Celexa withdrawal symptoms can begin within three to six days of your last dose and last up to a month in some cases.

Take any missed dose of Celexa as soon as you remember, unless it's close to the time for your next dose. Never take a double dose; instead, skip the missed dose and take the next dose on your regular schedule.

The information provided here is meant to be an overview of using Celexa for anxiety disorders. It doesn't cover all possible scenarios. Always consult your medical provider or pharmacist about any questions or concerns you may have about your Celexa prescription. 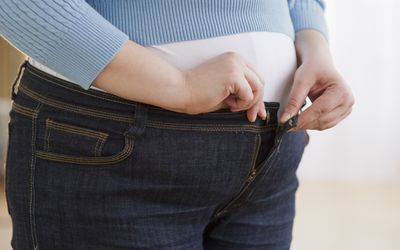 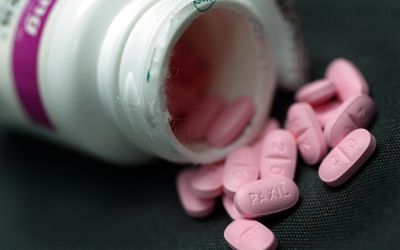