Flight of Ideas in Bipolar Disorder

Flight of ideas is a symptom that involves rapid, erratic speech that switches quickly between thoughts and ideas. People who experience this symptom talk rapidly and jump from one topic to the next.

While bipolar disorder is generally considered a mood disorder, symptoms can also include disorders of thought—particularly during manic episodes. People in a manic state may have difficulty filtering out meaningful versus non-meaningful input and may thus respond to their environment in surprising ways.

When this happens, ordinary sensory input, such as the sound of traffic or blinking lights, may become severely distracting. As a result, people experiencing mania focus attention on nonessential information.

During manic episodes, it is not unusual for bipolar people to experience "racing thoughts" and "flight of ideas." These two associated symptoms involve extremely rapid thought processes that sometimes leap from topic to topic at incredible speed.

Racing thoughts and flight of ideas are also common symptoms of schizophrenia and some cases of ADHD.

Causes of Flight of Ideas

Flight of ideas is not a condition. Instead, it is a symptom of bipolar mania.

What Is Bipolar Mania?

Mania is a period of excessively elevated mood that causes extreme shifts in mood as well as significant increases in behavior and energy levels. It is a hallmark symptom of bipolar disorder.

Other factors that can play a role in flight of ideas include:

Other Types of Thought Disorders

In addition to flight of ideas, other types of thought disorders can occur in bipolar disorder and other conditions. Some of these include:

There is no specific treatment for flight of ideas, but treating the underlying condition can help with this symptom. The treatment that may help depends on the condition that an individual has been diagnosed with.

Racing thoughts and flights of ideas may be relatively mild or quite severe. When the symptoms are mild, it may be possible to use simple calming techniques such as:

When symptoms are very severe, however, the person experiencing the racing thoughts and flights of ideas will not be able to stop and focus on such exercises. In such cases, it is a good idea to consult a doctor who may be able to provide medication to lower anxiety and/or help manage a manic episode.

Treatments for mania or psychosis may involve: 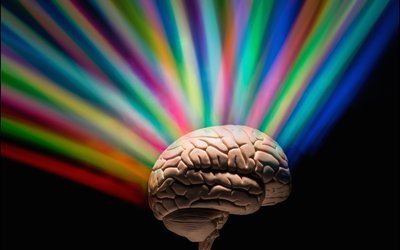 Am I Bipolar? Quiz