Side Effects, Interactions, and Risks

Prozac (fluoxetine) is an antidepressant that was first introduced in the United States to treat depression in the 1980s. It is part of a class of medications known as selective serotonin reuptake inhibitors (SSRIs).

This article discusses how Prozac works and what you should know before taking it. It also covers potential side effects, interactions, withdrawal symptoms, and other medications you might consider.

As an SSRI, Prozac works by preventing the brain from reabsorbing naturally occurring serotonin. Serotonin is involved in mood regulation. In this way, Prozac helps the brain to maintain enough serotonin so that you have a feeling of well-being, resulting from improved communication between brain cells.

Research also highlights how medications such as Prozac may help in combination with psychotherapy. In a 2008 study in mice published in Science, Prozac helped the brain to enter a more immature and plastic state, possibly making it easier for therapy to have an effect.

Studies like this have provided insight into why combining medication such as Prozac with talk therapy can be effective for anxiety.

If you experience a positive response to Prozac, you might notice a decrease in your anxiety symptoms and feel more like yourself again. You may:

Healthcare providers prescribe Prozac mainly for major depression, obsessive-compulsive disorder, and panic disorder (all of which are FDA-approved uses). However, they often use it off-label (a practice that's legal and common) to treat other anxiety disorders. In fact, fluoxetine and other SSRIs are considered safe, effective first-line treatments for anxiety disorders, in part because their side effects tend to be more manageable than those of other types of treatment. Additionally, the risk of misuse and addiction is lower for Prozac than for other types of anxiety medications such as benzodiazepines.

However, you must follow a number of steps to get a prescription. Generally, a healthcare provider must diagnose you with a mental health disorder before prescribing Prozac or any other prescription treatment.

Although a family doctor is qualified to write a prescription, you may benefit from seeing a mental health professional with experience in mental health disorders who can also prescribe medication, such as a psychiatrist.

Prozac is usually prescribed at a low dose to start, and then gradually increased to 20 mg per day. The maximum dose is 80 mg a day. It can be taken as a liquid or capsule and should be used as prescribed. It can take several weeks for effects to show, so it is important not to stop taking Prozac abruptly even if you think it is not working.

Take the medication only as prescribed by a doctor or psychiatrist. Stopping suddenly could be dangerous and cause withdrawal symptoms.

Side Effects of Prozac

Some side effects of Prozac are more likely than others. Some people notice that side effects lessen over time, or become less bothersome.

Common side effects include:

Rare side effects include:

If you experience any of these severe side effects while taking Prozac, contact a healthcare provider right away.

There has been some controversy about the safety of Prozac, due to a safety warning issued by the Food and Drug Administration (FDA) in 2007 about the risk for suicidal thoughts among certain groups.

Despite this warning, Prozac continues to be prescribed and can be used safely (or discontinued if adverse effects develop) under the guidance of a physician. If you have concerns about the safety of taking Prozac, discuss them with a healthcare provider.

Prozac should not be combined with monoamine oxidase inhibitors (MAOIs) or taken within 14 days of discontinuing an MAOI. You should also allow at least five weeks after stopping Prozac before starting an MAOI.

The antipsychotics pimozide and thioridazine also increase the risk involved in taking Prozac. Prozac should not be taken at the same time as tricyclic antidepressants (TCAs), or drugs metabolized by CYP2D6. Care should also be taken if using drugs that affect the central nervous system (CNS), such as benzodiazepines.

The result of medication interactions can be serious and potentially fatal, so discuss all medications you are taking with a healthcare provider to determine whether potential interactions exist.

Does Prozac Cause Weight Gain?

Prozac should not be combined with alcohol, certain over-the-counter (e.g., aspirin, due to the risk of bleeding) and prescription medications, and nutritional supplements or herbs (e.g., St. John's wort). Be sure to tell your prescribing physician about everything that you are taking.

Who Should Not Take Prozac

Prozac can be passed to babies during pregnancy and through breast milk. Consult with a doctor if you are pregnant or nursing before taking Prozac, to determine whether the benefits outweigh the risks.

There are also some potential risks for people aged 65 or older that should be discussed with a doctor. The safety and effectiveness of Prozac in children younger than 18 years of age has also not been established.

Prozac's Potential Side Effects in Children

Prozac can carry risks, including the potential for clinical worsening and in rare cases, increased thoughts of suicide. Serotonin syndrome can also occur, particularly if Prozac is used in conjunction with certain other medications. Prozac may also activate mania in people who are prone to it. Close monitoring by a healthcare provider is important.

Prozac also comes with a black box warning that it may increase the risk of suicide in people younger than 25 years old. In these individuals, the drug may lead to suicidal thoughts or worsening of these types of thoughts. If you belong to this group, your prescribing doctor should monitor you, particularly in the early stages, for these serious issues.

If you stop taking Prozac suddenly, you may notice withdrawal symptoms, including:

For this reason, never stop Prozac (or other medications) without consulting a doctor. Prozac should always be tapered off to avoid withdrawal effects.

If Prozac is not well tolerated, other SSRIs that are sometimes prescribed for anxiety include:

Effexor XR (venlafaxine) is another antidepressant called a serotonin-norepinephrine reuptake inhibitor (SNRI) that also may be effective in treating anxiety.

Benzodiazepines are another class of medication often used for anxiety, but they are generally a short-term solution because of a risk of dependence. Typical medications in this category include:

Prozac is an SSRI antidepressant that is sometimes used in the treatment of anxiety. It is often most effective when combined with psychotherapy. Discuss your options with a healthcare provider to determine if taking Prozac is the best approach to treat your symptoms. Potential side effects can occur and the medication may increase the risk of suicide in people age 25 and younger.

If you've been prescribed Prozac for anxiety, you may feel worried about side effects and whether the medication will be helpful. Share your concerns with your prescribing doctor and stay in contact about how you are doing once you begin the medication. Communication is key to ensuring that this medication is used in an appropriate way for maximum effectiveness. 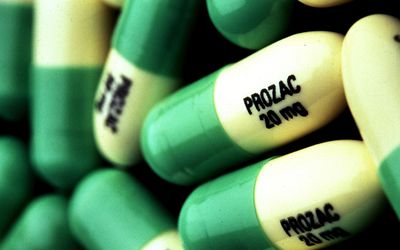 How Prozac Works for Panic Disorder 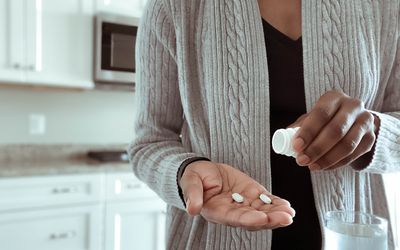 What To Know About Prozac (Fluoxetine) 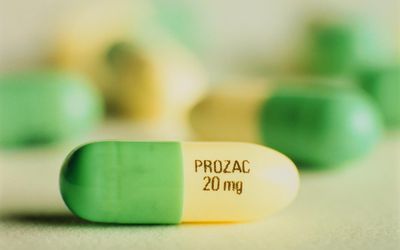 How Prozac (Fluoxetine) Is Used to Treat Bipolar Disorder 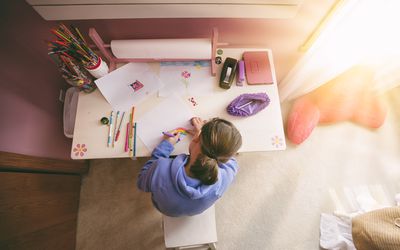 Potential Prozac Side Effects in Children