Codeine in Your Blood, Urine, Hair, and Saliva

Codeine, a prescription opiate medication used for relief of mild to moderate pain or coughing, has a half-life of two and a half to three hours. This means that it takes about three hours for half a dose of codeine to be eliminated from your system.

Codeine is detected in screening tests for drugs of misuse for up to three days. If you have been taking a prescription medication that contains codeine, it's important to let your employer or a relevant person know if you're subject to an employment or forensic drug screen.

As a controlled substance, codeine's use is regulated by the Controlled Substances Act. Depending on its formulation and use, it's classified as a Schedule II, III, IV, and V drug because of its high potential for misuse and physical dependence.

The Risks of Opioid Pain Medications

After ingestion, it usually takes about an hour to begin feeling the effects of codeine. Codeine changes the way your nervous system and brain detect pain and slows down the activity in your brain that creates the cough reaction, which is why it's used for both pain relief and as a cough suppressant.

Codeine is easily absorbed from the gastrointestinal tract and is distributed to different tissues throughout your body.

It's often provided in combination products with Tylenol (acetaminophen), aspirin, Soma (carisoprodol), and promethazine, as well as many cough and cold medications. These combinations may affect the dosing, timing and ways your doctor will recommend its use, so be sure to follow your doctor or pharmacist's directions exactly.

Side effects of codeine include:

How Long Does Codeine Last?

Codeine is metabolized primarily by the liver. The breakdown of the drug produces metabolites including codeine-6-glucuronide, norcodeine, and morphine. Although the half-life of codeine is relatively short, these metabolites stay in your system and can be detected in drug screening tests for up to three days.

The pain-relieving effects of codeine usually last for around three to four hours, depending on the dose taken.

About 90% of the drug is eliminated by your kidneys in urine. Urine screenings are the most commonly used drug tests in many settings because they are relatively easy and cost-effective to administer.

Standard urine screen tests for a range of drugs including opiates such as codeine. A positive result on a urine test usually suggests that an individual has used codeine, morphine, or heroin (which are all opiates) in the past 1 to 3 days.

Blood tests are used less frequently because they are more invasive and costly than urine tests. However, they may be used in situations where a person is unable to provide a urine sample or to confirm an unexpected positive urine test result. The window for detecting codeine on a blood test is only 24 hours.

Saliva testing can also be a convenient option, with codeine detectable in oral fluid for up to 4 days after ingestion. However, a number of factors can impact sample collection, including low levels of oral fluid due to a range of physiological factors, including side effects of the drug itself.

Codeine use can be detected by a hair follicle test for up to 3 months. However, use that occurred within the last 2 to 3 weeks prior to the test will not be detectable.

Eating foods that contain poppy seeds can trigger a false-positive test result for opiates. Poppy seeds contain trace amounts of morphine and codeine. While not enough to produce the same effects as prescription opiates, research has shown that consuming just one poppy seed muffin or two poppy seed bagels is enough to show up on a standard drug screen.

Let the testing lab know if you have eaten anything containing poppy seeds or if you are on any medications that might affect your test results.

How long codeine is detectable in your body after a dose depends on a variety of factors, including which kind of drug test is being used.

Because each individual has different variables, it's almost impossible to determine the exact time codeine will show up on a drug test. Drug testing may be used in a variety of situations and settings including screenings for employment, sports organization participation, monitoring opiate use, and legal and forensic purposes.

How to Get Codeine Out of Your System

There are some things that may slightly increase the speed that codeine is metabolized and excreted from the body. The first step is to stop taking the drug, although this may be difficult if you have become physically dependent.

Always talk to your doctor before you stop taking a prescription containing codeine in order to avoid unpleasant withdrawal symptoms. Your doctor may want to slowly taper you off the medication or switch you to another type of pain reliever.

Once you have safely stopped taking your medication, make sure that you stay well-hydrated, eat healthily, and get regular physical activity. These lifestyle modifications may help speed up the rate at which the drug is cleared from your system.

With a half-life of only three hours, half of the dosage taken is metabolized and eliminated from the body within three hours. Codeine medications are usually taken every 4 to 6 hours to maintain a therapeutic level.

It is important to take codeine exactly as prescribed because taking more before your previous dose has metabolized or taking a larger dose than prescribed can increase the risk of an overdose.

Symptoms of a codeine overdose can include:

Some of the above symptoms can occur even when you take codeine exactly as prescribed.

If you suspect someone has overdosed on codeine, call 911 immediately or the national toll-free Poison Help hotline at 1-800-222-1222.

Codeine should not be taken with alcohol or other drugs that can affect your respiration rate, such as benzodiazepines. Examples of benzodiazepines include Klonopin (clonazepam), Ativan (lorazepam), Valium (diazepam), and Xanax (alprazolam).

Be sure to tell your doctor about all the medications you're taking, whether they're over-the-counter, prescription, vitamins, supplements, or herbal remedies. Due to serious risks of slowed breathing and death in children, codeine medications are now restricted by the U.S. Food and Drug Administration (FDA) for children under the age of 12 years.

Codeine medications are also not recommended for teens between the ages of 12 and 18 years who are obese or who have breathing problems such as sleep apnea or severe lung disease.

The FDA warns against the use of codeine medicines by people who are breastfeeding, citing risks to the infant—like excess sleepiness and breathing problems.

Codeine is an opioid pain reliever, which means it can be habit-forming. Taking more codeine than prescribed or taking it longer than directed can increase the risk of developing a dependence on the drug.

Codeine has a high risk of physical dependence even when you take it exactly as prescribed. Unfortunately, people often do not recognize the signs that they are becoming dependent on the drug.

Some signs that can indicate a problem include:

Some of the common symptoms of codeine withdrawal may include:

If you or a loved one has an addiction to codeine, it's important to get help to treat it. Talk to your doctor about your treatment options, which may include over-the-counter medications to relieve withdrawal symptoms.

For more severe symptoms, your doctor may suggest other drugs that are designed to treat opiate-withdrawal including methadone, buprenorphine, and naltrexone. Your doctor can also refer you to a mental health professional or addiction treatment facility for longer-term treatment.

Treating Opioid Addiction
11 Sources
Verywell Mind uses only high-quality sources, including peer-reviewed studies, to support the facts within our articles. Read our editorial process to learn more about how we fact-check and keep our content accurate, reliable, and trustworthy.
Additional Reading 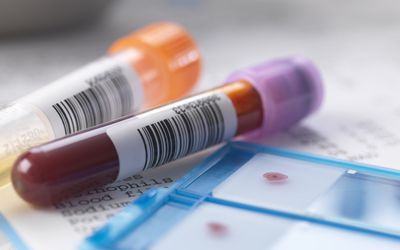 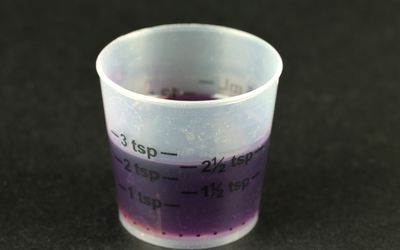 What Is Purple Drank (Lean)? 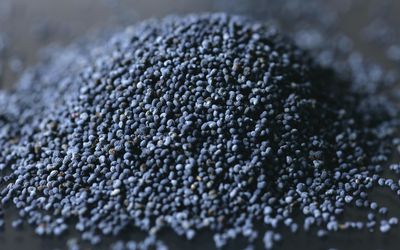 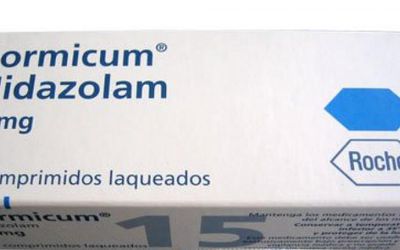 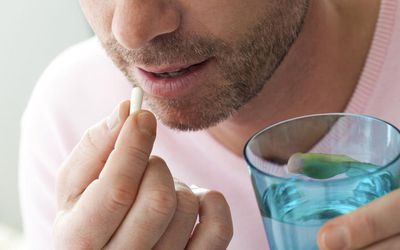