Treatment-resistant depression (TRD) is defined as depression that does not adequately respond after trying at least two medications. TRD is not an official DSM diagnosis, but it is used to identify those who may be candidates for different types of treatments.

The major areas of treatment for TRD are medications (including everything from SSRIs to antipsychotics), psychotherapy, ketamine and more invasive procedures, such as electroconvulsive therapy. People with treatment-resistant depression are more likely to be hospitalized and/or attempt suicide, so it is key to find adequate ways of treatment that work—and quickly.

Read on to learn more about some treatments that may work for depression that has previously been treatment-resistant.

In studies of psychotherapy in addition to usual care, the following psychotherapies were successful in achieving a reduction in depression symptoms/scores, both self reported and via depression scales such as PHQ or HAMS-(D).

Additionally, as many people with treatment-resistant depression may tend to isolate, having steady contact with a therapist can be helpful. Moreover, many studies have confirmed that psychotherapy and medication typically work synergistically, magnifying the effects of each other.

Below are some of the psychotherapies that have been proven helpful for TRD:

Most of the therapies that have been studied to be helpful in TRD are cognitive-based, meaning that they operate on the assumption that thoughts, feelings, and behaviors are all connected, and that people can overcome difficulties by changing unhelpful thinking and distressing emotional responses.

Most people who are diagnosed with major depressive disorder (which is what you are generally diagnosed with and treated for before it progresses to TRD) are started on SSRIs or SNRIs. However, anywhere up to a third of people do not respond to SSRIs/SNRIs. Because this is so common, psychiatrists often use the following treatment algorithm to determine next steps:

The biggest drawback to any of these more traditional medications is how long it takes them to work. Many of them may take up to six weeks to work fully—which can feel like an eternity when you’re struggling. Additionally, they may come with sexual side effects or side effects like weight gain.

Much research is being done right now in depression treatment and several of the below treatments have either been approved or appear to be on the precipice of it:

And while many typically think of depression/mental health treatment as just psychotherapy and medication, there are also a number of physical or “somatic” treatments available for depression. However, as some of these are slightly more invasive/involved, typically they are reserved (and only covered by insurance) for after other treatments have failed:

While no real “over the counter” remedies exist for depression the way they do for, say, allergies, there are some supplements and other over-the-counter products that may help with depression as well as other types of complementary alternative medicine (CAM) that have shown efficacy.

If you are dealing with treatment-resistant depression, your mind likely isn’t on eating healthfully or exercising, but what we put into our bodies and how we move them can have a real effect on our mental health.

But you don’t have to overhaul your whole diet all at once. Small changes, such as reducing processed food in your diet and remembering to eat breakfast may go a long way.

Yoga: If you had a dollar for every time someone has asked you if you’ve tried yoga, you’d probably be able to pay for your treatment on just that. But it’s for good reason—while it won’t cure depression, it can reduce the symptoms and severity of it.

Walking: If, when you’re not depressed, you’re typically a person who goes hard on their exercise, you may scoff at the idea of walking for depression. However, walking and other moderate-intensity exercise, when done regularly, may even lead to remission of depression symptoms.

Things You Can Try on Your Own

While treatment-resistant depression is incredibly serious and does require working with a professional, there are some other types of treatments you can do at home/on your own.

How to Make Your Treatment Most Effective

If you are not taking your medication daily or regularly as prescribed, it can be hard for it to be effective. Depression, however, can also make remembering to take it in the first place difficult. Some strategies that may help include setting a timer on your phone, using a pill case, or keeping your medications out in a place where you can’t miss them.

Avoid Alcohol and Other Drugs

Alcohol is a depressant, so it may make your depression worse and negate any help that your antidepressants are giving you, for a double whammy. Other drugs, particularly addictive ones, may cause further mental health issues, such as dependence.

We know, we know, easier said than done! However, stress only aggravates feelings and symptoms of depression. While there are plenty of stressful situations that are beyond our control, what we can control is how we deal with those situations as well as not inflicting any unnecessary stress on ourselves. Self-compassion can go a long way in helping deal with stress.

Unfortunately, in the United States, mental health treatment can be incredibly costly and out of the reach of many. However, going into debt for your depression treatment will only create more stress, so look into things like free or low-cost therapy.

Having treatment-resistant depression can feel incredibly frustrating and hopeless, but as you can see, there are many, many treatment options available these days. You haven't done anything wrong, you just haven't found the right treatment for you yet.

20 Sources
Verywell Mind uses only high-quality sources, including peer-reviewed studies, to support the facts within our articles. Read our editorial process to learn more about how we fact-check and keep our content accurate, reliable, and trustworthy. 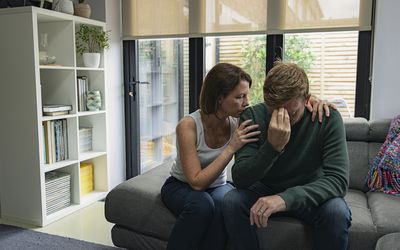