What Is Huntington's Disease?

What Is Huntington’s Disease?

Huntington’s disease is a degenerative condition that affects the central nervous system. As the condition advances, your symptoms worsen. It is also a progressive disease, so it comes on earlier and more severely as it is passed down to the next generation (since it involves a repeat of a defective gene).

Common symptoms include chorea (i.e., a movement disorder), depression, mood swings, memory lapses, and tremors. It causes a host of cognitive, motor, and behavioral difficulties. It’s a hereditary disorder, which means it can be inherited from your parents.

There are two sub-types of Huntington’s disease, they include:

Early-stage symptoms of the condition might not disrupt your daily functioning. However, as the disease progresses, symptoms can get so severe that you'll be unable to function on your own.

Early symptoms of Huntington’s disease vary from person to person. In many cases, they go undetected, and a definite diagnosis isn’t made until symptoms have progressed.

Some of the most common early signs of Huntington’s disease include:

In the later stage of Huntington’s disease, motor and cognitive abilities are severely affected. Some of the most common symptoms in this stage include:

Huntington’s disease progresses in severity. In its later stage, it’s possible for a person with the condition to develop dementia. Dementia is a condition that causes severe memory loss and changes to your personality.

The most prominent symptom of Huntington’s disease is chorea, the involuntary movements of muscles in your face and limbs. Regular everyday activities can be severely hindered by chorea. As it deteriorates, it affects your ability to speak, walk, or even eat.

Huntington’s disease shares many similar symptoms with other neurological disorders, making diagnosis difficult, especially in its early stage. For an accurate diagnosis to be made, your doctor will look at your family history and order for an extensive neurological and physical examination to be done.

For people with a family history of Huntington’s disease, it is typically recommended for genetic testing to be done, even though you are not exhibiting symptoms of the condition.

Genetic testing can help predict how likely you are to develop Huntington’s disease or pass it down to a child carrying the gene.

After the test is done, a genetic counselor will speak to you on the next steps to take. If you aren’t exhibiting symptoms of Huntington’s disease, learning that you carry the gene can be difficult. However, it can help you put plans in place to manage the condition better if it develops later in life. Other family members might also be asked to come in for genetic testing.

There’s currently no cure for Huntington’s disease. However, several treatments make coping with the condition more manageable. These treatments are targeted at reducing the severity of your symptoms and improving your quality of life.

Treatment typically involves a combination of psychotherapy, physical therapy, and medications. You can expect to work with a neurologist, genetic counselor, physical therapist, speech therapist, and psychiatrist during the course of your treatment.

Different types of medication targeted at the various symptoms that characterize this condition are prescribed to people with Huntington’s disease.

Doctors usually first seek to get chorea under control, especially in the later stage of the condition. Austedo (deutetrabenazine), Haldol (haloperidol), and Xenazine (tetrabenazine) are most commonly prescribed for chorea.

Other types of medication usually administered include:

Living with Huntington’s disease can be difficult. Also, if you’ve just been diagnosed or found out that you are at risk of developing the condition, that can also be painful to deal with.

In that case, it’s essential to take care of your mental and physical health. Exercising regularly has been proven to help improve the quality of life of people living with Huntington’s disease.

Other ways you can take care of yourself to enhance the quality of your life include:

Organic Mental Disorder Causes and Treatment
7 Sources
Verywell Mind uses only high-quality sources, including peer-reviewed studies, to support the facts within our articles. Read our editorial process to learn more about how we fact-check and keep our content accurate, reliable, and trustworthy. 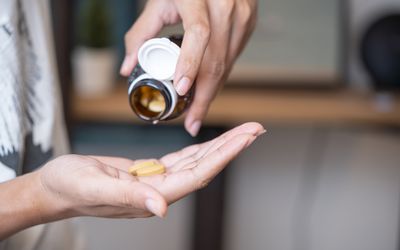 What To Know About Austedo (Deutetrabenazine) 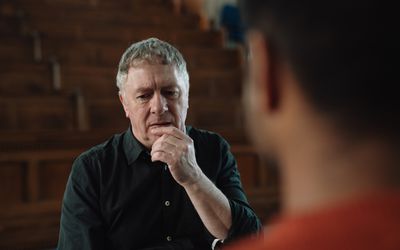