An impulse control disorder is marked sudden, forceful, irresistible urges to do something that may violate the rights of others or conflict with societal norms. These impulsive behaviors may occur repeatedly, quickly, and without consideration of the consequences of the actions.

Pyromania (intentionally starting fires) and kleptomania (the urge to steal) are well-known types of impulsive disorders. Intermittent explosive disorder, trichotillomania (urge to pull your hair out), conduct disorder, oppositional defiant disorder, and unspecified impulse control disorder are a few others.

There are signs and symptoms that may point to an impulse control disorder in some individuals. It is not always easy to identify this type of disorder, but the following may indicate a need for investigation.

When Behavior Becomes a Disorder

Typically, an impulsive action results from tension that has built to the point where the person can no longer resist it. The immediate sense of relief from acting on an impulsive behavior is short-lived, however.

Feelings such as guilt or shame may follow. Repeated impulsive acts may also lead to a number of negative consequences, such as greater emotional distress or regret, in the long term.

When the emotional toll of impulsive behavior becomes unmanageable or seriously disrupts everyday life, an impulse control disorder is a likely cause.

Both internal and external stressors are known triggers for impaired impulse control. Many types of impulse control disorders are thought to stem from underlying neurological vulnerabilities coupled with environmental stresses.

Some risk factors of an impulsive disorder include:

The term impulse control disorder is a category of mental health problems. Treatments may differ for specific disorders.

People with this type of impulse control disorder deliberately start fires without regard to the destruction or injury their actions may cause. It is common for many convicted arsonists with evident pyromania to also have personality disorders such as antisocial and borderline personality disorders.

Research on treatments is somewhat limited because this condition is rare. That said, several case studies have found that various medications appear to help resolve this urge. Cognitive behavioral therapy techniques also offer some promise of effectiveness.

Kleptomania is the constant and irresistible urge to steal. People who have this impulse control disorder often steal items that have little personal or monetary value.​

Kleptomania can have subtypes that are more like obsessive-compulsive disorder (OCD), and others more similar to addictive and mood disorders. It is common for people with kleptomania (and their first-degree relatives) to also have psychiatric diagnoses or addiction issues.

Effective treatment options for kleptomania may vary depending on the subtype. Cognitive behavior therapy and medication have been shown to be effective, while mood stabilizers, antidepressants, and opioid antagonist medications have also shown promise in certain circumstances.

Intermittent explosive disorder is diagnosed when a person has, on multiple occasions, acted on aggressive impulses and committed seriously aggressive acts, such as assault or destruction of property. One way it is identified is by the severity of the person's aggressive behavior (it is well out of proportion to the trigger that preceded it).

Individuals with intermittent explosive disorder may benefit from cognitive behavioral therapy to learn relaxation and coping skills. Additionally, depending on symptoms and age, the person may also be prescribed medications such as antidepressants, antipsychotics, or mood regulators.

Tricho is Greek for "hair," tillo means "pull," and mania is an excessive behavior or activity. Thus, trichotillomania involves a compulsive urge to pull out your own hair. This impulsive behavior is more common in children and teens. When it does appear in adults, women have it nine times as often as men.

Behavioral therapy with habit-reversal training components appears to be the most effective treatment for trichotillomania, but some medications have provided positive results as well.

Conduct disorder involves patterns of behavior that can include being aggressive to people and animals, destroying property, theft or other deceitful actions, and serious rule violations. This disorder can appear in young children (even those in pre-school) and isn't diagnosed beyond 18 years of age.

Conduct disorder treatment typically involves engaging in therapy with the child's parents or the entire family, Medications such as stimulants and antipsychotics may also be prescribed, especially if this disorder co-occurs with ADHD.

Like with conduct disorder, oppositional defiant disorder is diagnosed in childhood and adolescence. Its symptoms include irritable mood, being argumentative or defiant, and engaging in vindictive behaviors.

Effective treatment of this impulse control disorder often involves some type of psychotherapy. If another disorder exists, or if severe aggression is exhibited, medications may be used as well.

If an impulse control disorder exists, a trained professional can provide a full evaluation and a comprehensive treatment program that builds and strengthens social skills. For example, a therapist may focus on problem-solving, ways to overcome a fixation with instant gratification, and strategies to curb impulses through techniques that help develop better self-control.

In some cases, medications can also enhance the treatment process, especially if there are other co-existing conditions. The type of medication prescribed can vary depending on which disorder exists. 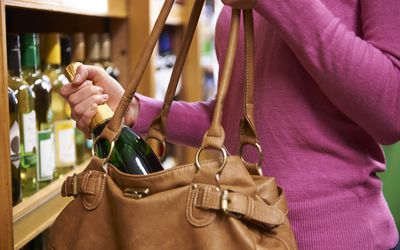 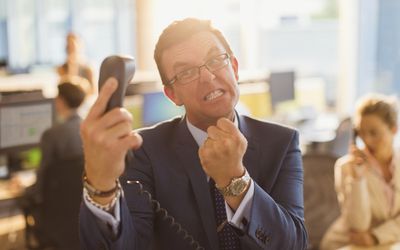 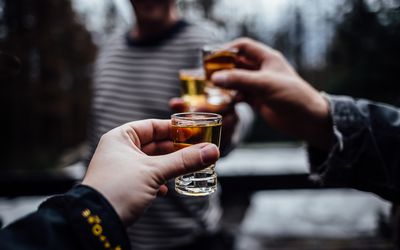 The Link Between Alcohol and Aggression