This controversial stimulant is illegal in some states

You may have heard about kratom (Mitragyna speciosa), an herbal supplement used traditionally in Southeast Asia for energy and to help ease aches and pains. Derived from a type of evergreen tree, kratom contains alkaloid compounds called mitragynine and 7-hydroxymitragynine.

While kratom acts like a mild stimulant when taken in low doses, it can cause an opiate-like high when taken in high doses. Kratom is currently listed by the Drug Enforcement Administration (DEA) as a “drug of concern,” and has not been approved for any medical use by the Food and Drug Administration (FDA).

How to Recognize Kratom

Kratom looks like fresh or dried leaves and can be made into a green powder, liquid extract, gum, or pill. Packets are often labeled “not for human consumption.” People chew kratom leaves, brew the dried or powdered leaves as a tea, eat them in food, or smoke them.

According to FDA research, kratom is an agonist that binds to mu-opioid receptors in the brain. These are the same receptors that are activated when you take opioids, like prescription painkillers or heroin.

Kratom is, essentially, a natural opioid. Like all opioids, it comes with a risk of tolerance, dependence, and withdrawal.

It’s thought that mitragynine and 7-hydroxymitragynine may help control pain by attaching to these opioid receptors, which, in turn, reduce pain perception.

Kratom has gained popularity as an alternative to opioid pain medications like Vicodin (hydrocodone) and OxyContin (oxycodone). In many cases, kratom is used to manage chronic pain associated with conditions such as arthritis and fibromyalgia.

The results of an online survey in 2014 found that people who use kratom in the United States tend to be middle-aged, middle-income people living with pain. Most of the over 8,000 survey respondents said that they were using kratom to treat pain or improve their mood.

A smaller but significant number said they were using it to help them quit opioid drugs (a class of medication used for pain relief) or to treat opioid withdrawal.

What the Experts Say About Kratom

Proponents of kratom suggest that the herb could serve as a solution to the opioid crisis, both by offering another option for pain relief and by aiding those struggling to overcome opioid addiction.

Other experts say that it's not the magic solution some people claim it is.

Published research on kratom’s possible benefits as a pain reliever and opioid alternative is very scarce.

The available research includes a report published in the International Journal on Drug Policy in 2010, for which scientists surveyed 136 people who actively used kratom and found that the herb was "described as affordable, easily available, and having no serious side effects despite prolonged use." This report included no testing of kratom’s health effects or potential hazards.

However, in a 2014 report published in Drug and Alcohol Dependence, researchers surveyed 293 people who regularly used kratom and determined that more than half had developed severe dependence problems, including kratom withdrawal symptoms like muscle spasms, sleep disruption, anger, and tension.

A mouse-based study published in the Journal of Medicinal Chemistry in 2016 suggested that kratom may not slow breathing to the same extent as other pain-relieving drugs like morphine. Given that deaths due to opioid overdose are usually the result of respiratory depression, the study's finding suggests that further research on the compounds in kratom is warranted.

A 2019 review concluded that kratom offers some potential benefits but has a high potential for abuse, interactions, and adverse side effects. The review also suggested that placing it behind the pharmacy counter could be a potential middle ground between banning the drug and allowing its sale unrestricted.

The future legal status of the drug remains unclear, although the DEA's past statements on the subject give some indications of what might be expected. In 2016, the DEA announced their intent to place two of the herb’s active constituents on its Schedule I drug list. Two months later, the DEA withdrew its notice of intent and instead opened an official public comment period.

Schedule I drugs (which include heroin and MDMA) are considered to have “no currently accepted medical use and a high potential for abuse.”

Mitragynine and 7-hydroxymitragynine are the kratom constituents that would be classified as Schedule I drugs, making possession or sale of the herb illegal. Kratom would remain on the Schedule I list for at least two years.

The DEA’s intent to place mitragynine and 7-hydroxymitragynine on its Schedule I drug list was met with a great deal of backlash. In mid-September 2016, for instance, protesters held a march and rally at Lafayette Park in Washington, D.C., and presented a petition signed by over 120,000 people opposing the ban.

At the rally, Botanical Education Alliance director Travis Lowin stated that the DEA “has failed Americans in its efforts to combat the opioid epidemic, and targeting kratom will make the situation worse.”

According to those opposing the ban, placing kratom's alkaloids on the Schedule I drug list would also stifle further research on the compounds.

In addition to the DEA's position, the FDA has also issued warnings about the potential dangers of the drug. In late 2017, FDA Commissioner Scott Gottlieb, MD, issued a public health advisory about risks associated with kratom. Since then, the FDA has intensified warnings, citing strong evidence that the unregulated botanical substance has “opioid properties.” In an 18-month period, kratom was a contributing factor in more than 90 fatal overdoses. In these cases, people had also taken fentanyl and heroin.

In 2018, the website STAT reported that the Department of Health and Human Services had recommended a ban on the chemicals found in kratom.

As of 2020, federal regulation remains on hold as the debate over the substance continues. The FDA has issued warnings to companies that sell kratom in the U.S. and illegally market the drug as an herbal supplement to treat addiction, anxiety, pain, and other health issues. Only FDA-approved drugs can make such claims. The future legal status of the drug remains to be seen.

Common Side Effects of Kratom

Risks appear higher when it's taken in concentrated extracts (which have a higher potency), mixed with other psychoactive substances, drugs, or adulterants, or when it's taken by people with alcohol use disorders, a history of heroin use, or certain health conditions.

In some rare cases, recreational kratom use has been linked to liver injury. Symptoms may include dark-colored urine, fatigue, nausea, and jaundice.

According to reports by U.S. poison control hotlines, calls involving kratom overdoses rose 50-fold from 2011 to 2016. In most cases, the kratom was laced with other drugs. If you or someone you love are experiencing any signs of overdose, call 911 or the Poison Control helpline (800-222-1222) immediately.

Signs of Kratom Use

If someone you love is using kratom, it's important to be on the lookout for the common side effects (such as talkativeness, increased social behavior, itching, changes in appetite, sweating) as well as any unusual or extreme shifts in mood, behavior, appearance, and overall health.

Many people believe that because kratom is an herbal supplement, it's safe to use. But it's important to keep in mind that supplements aren’t regulated by the FDA before they hit the market.

As a result, there’s no guarantee that a supplement will contain the ingredients listed on the label (or that those ingredients will appear in the indicated amounts). Contamination and adulteration with other drugs, herbs, and substances are possible. For instance, in 2018 at least 199 Americans became sick after taking kratom tainted with salmonella.

Like marijuana, kratom also comes in various types or strains, each of which is purported to have differing effects. Different types of kratom are typically named based on their location of origin or manufacture process.

Some common strains include Bali/red vein (which has opioid-life effects and is often used for pain relief), Green Malay (which is purported to increase energy), and Borneo (which is said to have a sedative effect that can relieve anxiety and stress).

Kratom comes with a risk of tolerance, dependence, and withdrawal. People who use kratom can build a tolerance, or the need to use more to achieve the desired effect, and experience symptoms of withdrawal when they stop taking the drug.

How Long Does Kratom Stay in Your System?

More research is needed to determine the exact half-life of kratom. Like other substances, how long kratom stays in your system will depend on the following factors:

Kratom's main active alkaloid, mitragynine, can be detected in a urine test.

The DEA states that kratom abuse can lead to addiction and can result in psychotic symptoms, including hallucinations, delusion, and confusion.

Not everyone will experience addiction in the same way, but there are several hallmark signs and symptoms, including tolerance, dependence, and withdrawal. Other common signs of addiction include:

Signs and Symptoms of Addiction

How to Get Help for Kratom Use

Living with pain isn't easy. If you live with pain, you may already be all too familiar with the profound effect it can have on your quality of life.

If you are considering trying kratom, you should speak with your healthcare provider first. Some pain clinics utilize complementary and alternative therapies in conjunction with traditional medical approaches for pain treatment and management. For example, mindfulness (and other mind-body practices) may help some people remain pain-controlled despite the challenges of everyday life.

If you are taking kratom for relaxation or mood improvement, alternative herbal remedies that you might find helpful include kava, lavender, chamomile, or ashwagandha.

If you've been using kratom to self-medicate and have noticed that it has begun to take over your life, don't wait to get help. A trusted healthcare professional can help guide you toward the path of recovery.

15 Sources
Verywell Mind uses only high-quality sources, including peer-reviewed studies, to support the facts within our articles. Read our editorial process to learn more about how we fact-check and keep our content accurate, reliable, and trustworthy.
Additional Reading
See Our Editorial Process
Meet Our Review Board
Share Feedback
Was this page helpful?
Thanks for your feedback!
What is your feedback?
Get Treatment for Addiction
×
The offers that appear in this table are from partnerships from which Verywell Mind receives compensation.
Related Articles 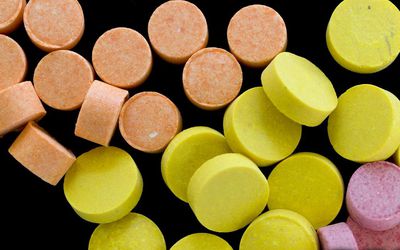 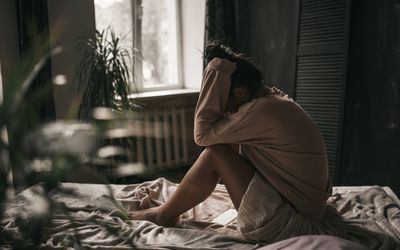