How Long Does Withdrawal From Kratom Last?

Kratom is an herbal supplement made from the leaves of a tropical tree (Mitragyna speciosa). It is grown and cultivated throughout Southeast Asia.

Kratom contains powerful alkaloids that have stimulating, pain-relieving, and mood-altering effects on the brain. It has also been used by some to relieve the symptoms of opioid withdrawal. Longer-term use of kratom can result in dependence. Kratom withdrawal, which can last between 3 and 10 days, may produce unpleasant symptoms like cravings, muscles aches, and nausea.

This article covers everything you need to know about kratom and kratom withdrawal, including symptoms, a timeline, and how to seek help.

Kratom leaves are processed into powder, pills, extract, and gum. Dried leaves are sometimes eaten, smoked, or brewed into tea.

Kratom can have similar effects as opioids or stimulants, depending on how much is consumed.

Participants in one 2017 study reported they were using kratom to quit opioids or treat opioid withdrawal.

While kratom isn't illegal, the Food and Drug Administration (FDA) warns people against using it due to the risks of misuse, dependence, and addiction.

Research suggests that people taking large doses of kratom several times per day are more likely to experience moderate to severe withdrawal symptoms compared to those who consume smaller amounts of kratom.

Reports show that kratom withdrawal is different for everyone. In one survey, most participants described their kratom withdrawal symptoms as a level 2 or 3 on a scale of 1 to 5, where 1 is the most severe and 5 is the mildest. Frequently cited symptoms include fatigue, cravings, tremors, and muscle aches.

However, more research is needed on the long-term effects of chronic kratom use, which is likely to intensify withdrawal symptoms.

How Long Does Kratom Withdrawal Last?

Symptoms of withdrawal from kratom may vary depending on how long you were using kratom and how much of the drug you were taking. According to U.S. and Malaysian surveys, symptoms of kratom withdrawal typically appear within 12 to 48 hours of your last dose and usually disappear within 3 days. However, one study estimates that symptoms may last between 3 and 10 days. Symptoms may continue longer if you were taking a higher dose of kratom for a long period of time.

Anecdotal reports suggest that some people who use kratom heavily experience what is known as post-acute withdrawal syndrome (PAWS). PAWS happens in some people after withdrawal from a variety of substances. People with PAWS tend to experience depression, anxiety, and insomnia that comes and goes in waves in the days or weeks following discontinuation of a drug.

Kratom withdrawal can be difficult for some people. When it comes to quitting kratom, you have two options. One is to quit cold turkey; the other is to slowly taper down your dose.

Tapering means taking progressively smaller and less frequent doses over the course of several weeks. Some people prefer a gentle tapering strategy, but others want to get withdrawal over with as quickly as possible. Whatever you decide to do, there are ways to make withdrawal more tolerable. Here are a few tips to ease the pain of kratom withdrawal:

Kratom withdrawal isn’t dangerous. In most cases, it's mild, like a bad cold. Unless you have special medical needs, withdrawing at home should be fine.

If you are pregnant, talk to an OB-GYN about your kratom use as soon as possible. There are reported cases of infants who are born experiencing kratom withdrawal due to exposure in utero.

If you have struggled with drug use, talk with a doctor before quitting kratom. If you have been using kratom to help you get off opioids, then you are at risk of relapse. Due to changing tolerance levels, opioid relapses can be very dangerous.

Taking kratom instead of opioids may be a type of harm reduction strategy. While scientists still have a lot to learn about kratom, it may be safer than both prescription and illegal opioids.

When people overdose on opioids, it is because the drug causes them to stop breathing. Kratom, even in large doses, does not appear to affect the respiratory system.

This means that kratom, on its own, is unlikely to cause a fatal overdose. As with any opiate problem, ask a doctor for a prescription for Narcan, the opioid overdose reversal drug, before you quit kratom.

If you were using kratom to self-medicate a mental health disorder, such as depression, anxiety, or post-traumatic stress disorder (PTSD), you should consider making an appointment with a psychiatrist or other mental health professional.

You may find that a combination of therapy and prescription medication helps you manage your symptoms much better than kratom can. Plus, it is safer to have a doctor or mental health professional regulating any medication you take, reducing your risk of addiction or dependence.

If you are going through kratom withdrawal or are planning to quit, it may be helpful to reach out to other people who have gone through it, too.

There are many online resources for addiction recovery, including support groups. Some support groups are for general substance use recovery, while others may be specific to kratom use and withdrawal. You can try participating in a few different groups until you find the one that works best for you.

In fact, studies show a positive link between receiving peer support and recovering from addiction. Peer support may play a significant role in success rates for recovery from substance use. And it's always helpful to know that you're not alone in your journey.

Most people start using kratom with good intentions. Many want a safe, natural way to treat pain and anxiety. And it may work for a while. But when kratom use starts to take over your life, you know it’s time to quit. Quitting may be a bit harder than you thought it was going to be, but it is achievable. If you’re struggling, reach out for help. There are plenty of resources to help support you during withdrawal and through your recovery.

Is Suboxone Better for Treating Opiate Addiction?
7 Sources
Verywell Mind uses only high-quality sources, including peer-reviewed studies, to support the facts within our articles. Read our editorial process to learn more about how we fact-check and keep our content accurate, reliable, and trustworthy.
Additional Reading 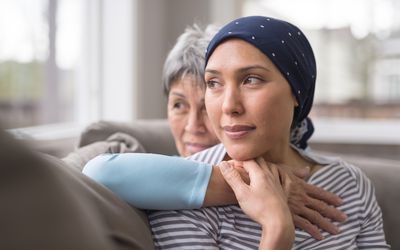 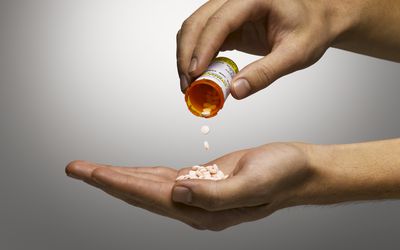 How Long Does Withdrawal From Hydrocodone Last? 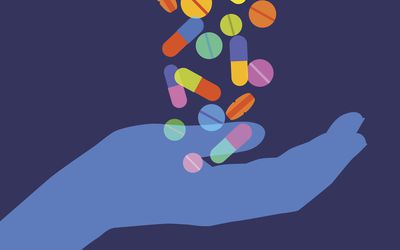 How Long Does Withdrawal From Opioids Last?