Vygotsky died young but had an important influence on psychology

Lev Vygotsky was a seminal Russian psychologist best known for his sociocultural theory. He believed that social interaction plays a critical role in children's learning—a continuous process that is profoundly influenced by culture. Imitation, guided learning, and collaborative learning feature prominently in his theory.

Lev Vygotsky was born November 17, 1896, in Orsha, a city in the western Russian Empire. In 1917, he earned a law degree at Moscow State University, where he studied a range of topics including sociology, linguistics, psychology, and philosophy.

His formal work in psychology began in 1924 at Moscow's Institute of Psychology. He completed a dissertation in 1925 on the psychology of art but was awarded his degree in absentia due to an acute tuberculosis relapse that left him incapacitated for a year.

Following his illness, Vygotsky began researching topics such as language, attention, and memory with the help of his students. Among these were Alexei Leontiev, the developmental psychologist and philosopher who developed activity theory, and neuropsychologist Alexander Luria, the author of "Higher Cortical Functions in Man."

Vygotsky was a prolific writer, publishing six books on psychology in 10 years. His interests were diverse, but often centered on child development, education, the psychology of art, and language development. He developed several important theories about the way children learn and grow within culture and society.

The Zone of Proximal Development

One of Vygotsky's well-known concepts was the zone of proximal development. He defined it as "[The] distance between the actual developmental level as determined by independent problem solving and the level of potential development as determined through problem-solving under adult guidance or in collaboration with more capable peers."

In other words, the zone is the gap between what a child knows and what they do not. Acquiring the missing information requires skills that a child does not yet possess or cannot use independently, but can with the help of a "more knowledgeable other."

The More Knowledgeable Other

Vygotsky's "more knowledgeable other" is a person who has greater knowledge and skills than the learner. Often, this is an adult such as a parent or teacher who provides educational opportunities, such as guided instruction, within a child's zone of proximal development.

Vygotsky noticed that children also learn a great deal from peer interactions. In fact, children often pay more attention to what friends and classmates know and are doing than they do to adults. Teachers can leverage this tendency by pairing less skilled children with more knowledgeable classmates to observe and imitate.

No matter who serves as the more knowledgeable other, the key is that they provide the needed social instruction within the zone of proximal development, when the learner is sensitive to guidance.

Lev Vygotsky also suggested that human development results from a dynamic interaction between individuals and society. Through this interaction, children learn gradually and continuously from parents and teachers.

However, this learning varies from one culture to the next. It's important to note that Vygotsky's theory emphasizes the dynamic nature of this interaction. Society does not just impact people; people also affect their society.

If you're interested in reading some of Vygotsky's works, many of his writings are available in full-text format at the Vygotsky Internet Archive.

Vygotsky's died of tuberculosis on June 11, 1934, when he was just 37. Still, Vygotsky is considered a formative thinker in psychology, and much of his work is still being discovered and explored today.

Although he was a contemporary of Skinner, Pavlov, Freud, and Piaget, Vygotsky never attained their level of eminence during his lifetime. The Russian Communist Party often criticized Vygotsky's work, making his writings largely inaccessible to the rest of the world. His premature death also contributed to his obscurity.

Despite this, Vygotsky's work has continued to grow in influence since his death— particularly in the fields of developmental and educational psychology.

It wasn't until the 1970s that Vygotsky's theories became known outside of Russia, as new concepts and ideas emerged in the fields of educational and developmental psychology. Since then, Vygotsky's works have been translated many times over and have gained international recognition, particularly in the area of education.

In a ranking of eminent psychologists, Vygotsky was identified as the 83rd most influential psychologist during the 20th century.

Jean Piaget and Vygotsky were contemporaries, yet Vygotsky’s ideas did not become well known until long after his death. Although their theories on child development have some similarities, there are also significant differences.

Although he was not well-known in his lifetime, Lev Vygotsky made significant contributions to psychology. Vygotsky's theories on child development and learning influence how we think about education and development today. 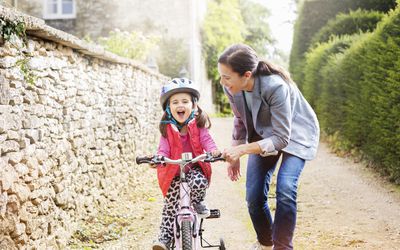 What Is the Zone of Proximal Development? 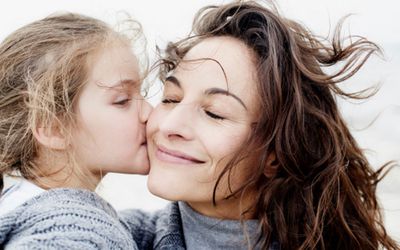 What Are Psychological Theories?
The Origins of Psychology