Schizophrenia is a mental illness that is primarily characterized by psychosis. Its most common symptoms include hallucinations, delusions, and thought disorders. Schizophrenia alters how a person thinks, feels, and behaves, and makes it hard for the person living with the condition to discern between what is real and what is not.﻿﻿﻿

Scientists have yet to identify what exactly causes schizophrenia, but some research and studies draw a link between the condition and genetics.

No single gene can cause schizophrenia. Research suggests that many different genes and their mutations could cause the condition to develop.

If you already have a genetic risk of developing schizophrenia, it’s essential to be aware that being exposed to certain environmental factors could increase that risk.﻿﻿﻿﻿﻿ Factors such as:

Researchers in Denmark found that in one-third of cases where one identical twin had the condition, the other was likely to develop it. However, in non-identical twins, this occurred only in about 7% of the cases. If both your parents have been diagnosed with the condition, you are at a 50% risk of also developing it.

Medical experts and researchers are yet to discover what exactly causes schizophrenia. The development of the disorder has been attributed to several factors that include genetics and environmental triggers.

Genetic mutations have been identified as the most common risk factor for schizophrenia. Multiple genetic changes that by themselves would otherwise have a small effect, could combine and increase your risk of developing the condition.

A diagnosis of schizophrenia is given after consulting with a medical expert who will cross-reference your symptoms with the list of symptoms provided by the DSM-5.

A diagnosis of schizophrenia is made if a person has two or more core symptoms most of the time for a month, and some mental disturbance over six months, one of which must be hallucinations, delusions, or disorganized speech for at least one month.

The core symptoms of schizophrenia include:

To give a conclusive diagnosis, your doctor will conduct a physical examination and take a look at your medical history. There are no laboratory tests to diagnose schizophrenia, but your doctor might recommend some tests like a CT scan or an MRI, to rule out any other conditions that mirror schizophrenia symptoms. Your doctor will ensure that your symptoms are not being caused by substance abuse or another mental disorder.

There is currently no cure for schizophrenia, largely because scientists have been unable to pinpoint a single cause. However, there are treatment options that can help manage symptoms and improve the daily functioning of a person living with the condition.﻿﻿﻿﻿

Antipsychotic medications are typically administered to reduce the severity of the psychotic symptoms that characterize this condition. However, they don't ensure there will be no further psychotic episodes.

When you start taking antipsychotic medications you could experience some side effects like weight gain and restlessness. These symptoms are most likely to subside over time. If they don’t or become worse, speak to your doctor immediately.

Other side effects of antipsychotic medications include:

Even if you notice a significant improvement in your symptoms and feel that you no longer need medication, you shouldn’t discontinue any medication prescribed for your schizophrenia without first consulting your doctor.

Psychotherapy treatments like cognitive behavioral therapy and behavioral skills training are typically recommended to help manage symptoms of schizophrenia. These treatments are recommended alongside medication and not as a replacement.

Psychotherapy treatments help equip you with the skills to manage your symptoms and improve your daily functioning.

Living with and supporting a loved one who has schizophrenia can be difficult. Especially when they are experiencing severe psychotic symptoms like hallucinations and delusions. Besides the treatment plan prescribed by their doctor, it’s very important for a person living with this condition to have the care and support of the people closest to them. Here are some ways you can help:

While genetics might play a role in the development of schizophrenia there’s no conclusive research to help understand how big of a role it plays. Having a close relative or even a parent with schizophrenia doesn’t mean you automatically develop the condition. It only means that you are at risk of developing it.

In certain cases, you are no more at risk than a person who has no genetic link to the condition. If you do have a genetic predisposition to schizophrenia it’s essential to avoid environmental factors that could trigger the condition, like substance abuse. 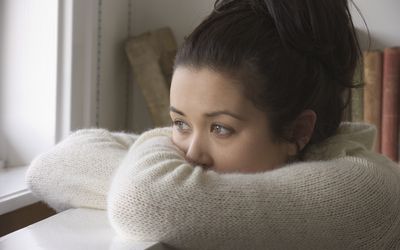 Causes and Risk Factors of Schizophrenia 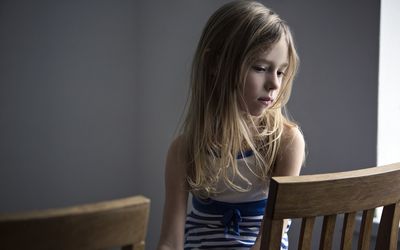