Elizabeth Hartney, BSc, MSc, MA, PhD
Elizabeth Hartney, BSc, MSc, MA, PhD is a psychologist, professor, and Director of the Centre for Health Leadership and Research at Royal Roads University, Canada.
Learn about our editorial process
Fact checked
Verywell Mind content is rigorously reviewed by a team of qualified and experienced fact checkers. Fact checkers review articles for factual accuracy, relevance, and timeliness. We rely on the most current and reputable sources, which are cited in the text and listed at the bottom of each article. Content is fact checked after it has been edited and before publication. Learn more.
by
Emily Swaim

Marijuana is a psychoactive drug that is widely used as a recreational and medicinal substance. And if you are asking yourself "is marijuana addictive," the answer is yes, it is potentially addictive.

Top 5 Things to Know About Marijuana Use

How Marijuana Is Addictive

Several factors affect how addictive a drug is, including the pharmacological mechanism of the drug, the purity of the actual drug ingested, the set and setting in which the drug is taken, and most importantly, individual characteristics of the person taking the drug.

It is estimated that about one in 13 people who use marijuana will eventually become addicted to marijuana.

As with most addictive substances and behaviors, the rewarding effects of marijuana are central to it being addictive. These rewarding effects are the pleasurable aspects of the marijuana high. Again, similar to other drugs, the unpleasant marijuana withdrawal syndrome is experienced when someone does not have access to the drug or chooses not to use it, often prompting them to use it again to relieve these symptoms.

If You’ve Recently Started Experimenting With Marijuana Use

The chances are, if you've started occasionally trying marijuana, you are using it with friends. For many people, occasional social use of marijuana is not a problem. However, you should be concerned if your only friends are people who use marijuana, especially if using marijuana is what they want to do with you most of the time that you are together.

People who use marijuana like having buddies to use for many reasons. In spite of the pleasurable effects of the drug, sitting around smoking can become quite boring, and having friends to spend time with can make it more fun. It can also be easier to get hold of marijuana if there are several friends sharing the task. However, if you live in a place where marijuana is illegal, saying "I was holding it for a friend" generally won't help you in avoiding drug-related charges.

What Is a Drug Dealer?

Many people who use marijuana find it easier to feel close to others when they are high. And although many of them are not interested in using marijuana for sex, some find it arousing and that it lowers their inhibitions. Marijuana can also be used as a date rape drug—research has implicated the drug in a significant number of sexual assaults.

There are a few warning signs to watch for in yourself and others who use marijuana. One of the most obvious signs that a problem is developing is a lack of motivation to engage in the activities that were enjoyed before (this is often mediated by substance-induced depression).

If you are feeling that you don't care about schoolwork, your job, seeing friends and family who don't use marijuana, and generally getting out there and enjoying life, marijuana might be the cause.

Another warning sign to watch for is any kind of change in your mood or mental health, especially when you are not high, but even when you are. Although many people think of marijuana as a drug that promotes happy, relaxed feelings, if there is an increase in feelings of depression or anxiety, you may want to see your doctor. You may be developing substance-induced mood disorder or substance-induced anxiety disorder, and the best treatment is often to discontinue the drug.

A very serious condition that develops in some people who use marijuana is a substance-induced psychotic disorder. The 21st century has seen an increase in this condition, and it is particularly problematic for teens, who may develop long-term mental health problems as a result. For this reason, it is wise to delay trying marijuana until well into adulthood.

Some people go for years living with marijuana addiction without realizing before they seek help. It can be particularly hard to admit you have a problem when you have always believed the drug was not addictive.

When individuals seek treatment for marijuana addiction, they have typically been using for about 10 years and have had six failed attempts to quit on their own. If you are using marijuana but don't feel ready to seek help, it is important to try and reduce the harm the drug may be doing.

Eventually, you may grow weary of a life that revolves around drug use. As with other addictions, motivation to change your drug use is one of the best predictors of success.

Next Steps to Consider

Although other individuals may claim the drug is not addictive, marijuana addiction is well recognized in the medical profession. Your doctor or local drug clinic is a great place to reach out for help. Most people can quit marijuana without needing detox or residential treatment.

Most people who misuse marijuana don't need medical help to quit, although as with other addictions, you may feel emotionally vulnerable and be tempted to use alcohol or other drugs to block out these feelings. Generally, this is not a good idea, as it is simply substituting one addictive substance for another. Talk to a trusted friend about how you feel and spend time on other enjoyable activities. If you aren't feeling better after four weeks of quitting marijuana, see your doctor.

Marijuana addiction is a real condition that can bring a great deal of stress to those affected and their loved ones. Fortunately, quitting marijuana is a relatively straightforward process for most people who decide they want to stop, but don't hesitate to seek help if you are having emotional difficulties. 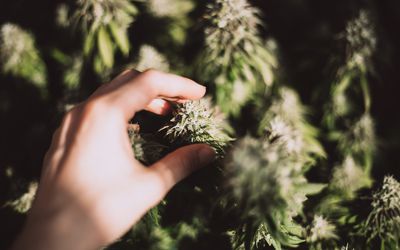 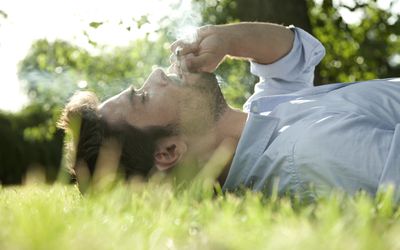 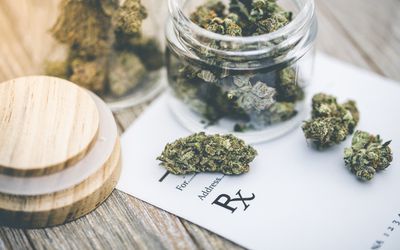 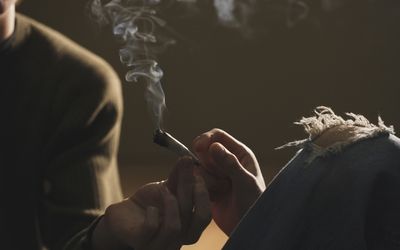