There is a belief held by many marijuana users that smoking weed heightens their awareness and therefore increases their ability and skills in doing tasks, such as driving a motor vehicle.

Many people who self-report marijuana use claim that they are actually better drivers when they are high than when they are not. But, is that actually the case?

The Effect of Marijuana on Attention

Researchers at the University of Georgia have found that it could be true that smoking marijuana may indeed increase the user's motor skills for a while.﻿﻿ But, they conclude that over time any increase in skill level they may acquire is negated by serious attention problems.

The Georgia researchers, led by Jonathon Crystal, found that sustained attention to timing-tasks was substantially altered in laboratory rats when they were given a synthetic cannabinoid. Under the influence, the lab rats displayed difficulty distinguishing between long and short periods of time during tasks for which they were trained.

For the study, the scientists set up a task which the rats usually perform with a great deal of accuracy. They learned to press one lever to receive a pellet of food after hearing a short sound (four seconds) or another lever if the sound was long (16 seconds).

"Under these circumstances, animals will typically learn to press the correct lever with high accuracy," the authors said.﻿﻿

The research team then played sounds of intermediate length to find a midpoint at which rats were equally likely to respond as if the sound were "short" or "long."

Substantial Decline in Sensitivity to Time

The researchers said they used a synthetic compound rather than tetrahydrocannabinol (THC), the "active" ingredient in marijuana because the synthetic cannabinoid is more powerful and easier to use in laboratory settings. "However, it is so close chemically to THC," they said, "that the findings can be equated with the effects of THC."﻿﻿

The investigators concluded that the general ability to maintain attention was altered by exposure to the cannabinoid. The cannabinoid produced an attention disorder and disrupted the performance of the task.

Is Marijuana a Depressant?
2 Sources
Verywell Mind uses only high-quality sources, including peer-reviewed studies, to support the facts within our articles. Read our editorial process to learn more about how we fact-check and keep our content accurate, reliable, and trustworthy. 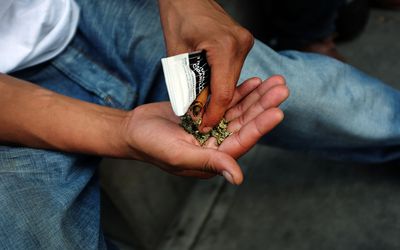 What to Know About Synthetic Marijuana (Fake Weed) Use 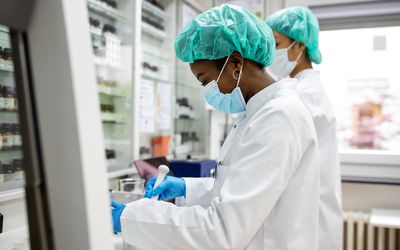 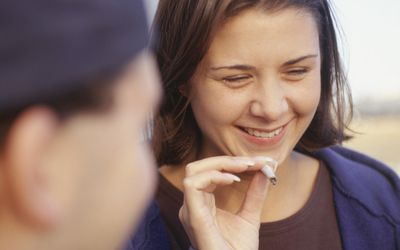