From March 19, 2020 to February 28, 2021, nearly 3,800 anti-Asian hate and discrimination incidents were reported to the Stop Asian American Pacific Islander Hate reporting center. These reports most commonly included experiences of verbal harassment, physical assault, workplace discrimination, refusal of service, and online harassment. More than half of the reports came from women.

This number represents only a fraction of the experience of anti-Asian hate, as countless incidents go unreported. Racist violence and discrimination toward Asians and people of Asian descent increased worldwide amid the COVID-19 pandemic.

The United States is no different. A former president popularizing racist rhetoric and brutally violent and even fatal attacks targeted at Asian Americans are just some of the most recent—and publicly acknowledged—acts of racist hatred in a country that boasts a melting pot of global cultures.

Everyday life for countless Asian Americans presents threats of danger and discrimination. What is the psychological toll of this lived experience? A panel held by Newswise and the Association for Psychological Science addressed this question with an expert exchange on the underpinnings and effects of racism in the U.S. through the lens of psychology.

The history of the United States is heavily laced with the mythology of racial progress. For many Americans, namely white Americans, this myth overshadows acts of violence and discrimination both past and present in such a way that today's most recent horrific acts come as a shock.

But panelist and associate professor at the Yale School of Management, Michael Kraus, PhD, was careful to point out that these recent events reveal a deep and troubling recurring pattern woven into our history.

"This through line of violence... starts with the U.S.’s long history of dehumanization in Asia, extends to Chinese exclusion in 1882 to internment prisons in 1942, to spikes in South Asian hate crimes in 2001 and again in 2017, all the way to the current moment of violence sweeping our nation," he said.

There is a deep history of ignorance around racism in the United States that ripples through our schools and our discourse and leads us to rely on time and patience to produce equity and justice—when history shows again and again that this expectation is unrealistic.

However, even when these historical racist actions are acknowledged, they're often viewed as relics of the past. "Most Americans believe we have passed into a new era of increasing racial harmony," Kraus said.

This feeds the myth of racial progress and makes overcoming racism more difficult, Kraus pointed out, because real change requires reorientation and re-education around the distorted and deeply rooted narratives of racial progress.

"There is a deep history of ignorance around racism in the United States that ripples through our schools and our discourse and leads us to rely on time and patience to produce equity and justice—when history shows again and again that this expectation is unrealistic," he said.

In reality, history shows that racism has consistently served as a barrier to the achievement of the American dream for marginalized communities in the U.S. But this fact is glossed over or avoided altogether in idealized historical and political discussions of America, Kraus said.

Viewing the recent acts of violence as isolated incidents reinforces this erasure of the uglier parts of America's history and denies the trauma of those who have experienced it. And unresolved trauma can lead to negative mental and physical health outcomes like PTSD, anxiety, depression, addiction, disordered eating, chronic disease and even death.

The Myth of Positive Stereotypes

Asian Americans are often held to the cultural expectation of the "model minority." This stereotype assumes individuals of Asian descent are hard-working; self-reliant; intelligent in math, science and technology; wealthy; and submissive.

This particular stereotype of Asian Americans has been reinforced in all forms of media and is often considered by perpetrators to be a compliment. However, research conducted by panelist Sapna Cheryan, PhD, a professor at the University of Washington, revealed that Asian Americans do not appreciate the sentiment.

If you think about what we value in American culture, we really value individuality, standing out, being unique, having our own traits and characteristics recognized.

This distaste is warranted. Not only does this stereotype have the potential to place immense pressure on Asian Americans to meet these cultural expectations, it also discourages individuals from speaking up, for both themselves and their community, in the event of experiencing violence and discrimination. This exact occurrence is partially to blame for Asian American discrimination being so often left out of conversations around racism, in general.

The model minority stereotype also completely erases the fact that Asian Americans are diverse individuals with completely unique life experiences. This type of thinking is dangerous in that it views Asian Americans as a monolithic racial group through the lens of group membership and designates them as interchangeable. Cheryan's research found that for U.S.-born Asian Americans, disdain for these positive stereotypes was especially strong.

"If you think about what we value in American culture, we really value individuality, standing out, being unique, having our own traits and characteristics recognized," Cheryan said. "So, for U.S.-born Asian Americans, who are socialized into American culture, that experience of having that individuality taken away is particularly threatening."

Another stereotype Asian Americans face is one of perpetual foreignness. This is the idea that, regardless of birthplace or immigration status, an Asian American individual is perceived as foreign because of their race or physical features.

An awareness of this stereotype among Asian Americans leads to a desire to assert one's identity as an American, which, Cheryan points out, can be induce detrimental choices and behavior. Research she conducted showed that Asian Americans who were made to feel less American were more likely to choose unhealthier American food options.

Yes, "Positive Stereotypes" Are Still Harmful
What is Anti-Racism?

The onus of enacting change is not on individuals of Asian and Pacific Island descent. It is the responsibility of white Americans and individuals in positions of power to change the systems that perpetuate racism in America. Outside of education and awareness, which are important components of anti-racism, action is required in everyday life.

Panelist Priscilla Lui, PhD, a clinical psychologist and assistant professor at Southern Methodist University, offered perspective on what can be done to cope with and confront discrimination.

Psychological science has shown that discrimination exists and hurts. Having family support, bystanders who are active, and white allies can certainly help reduce the negative impact and confront racism.

Witnesses to acts of violence or discrimination that step into the role of active bystander can play a major role in confronting racism. Lui points out that by speaking up or physically intervening, anti-racist bystanders can challenge societal prejudice and make clear that racist behavior will not be tolerated.

In a recent study, Lui found that less than 20% of American adults engaged in prosocial bystander behavior, which includes educating yourself and others about anti-Asian discrimination, advocating for Asian American individuals and donating to anti-racist organizations. The findings also showed that, of participants who did witness an anti-Asian discriminatory event, about less than half took action to help the victim.

These numbers must improve if we hope to ease the psychological burden of racism on those who are affected by it.

"Psychological science has shown that discrimination exists and hurts," Lui said. "Having family support, bystanders who are active and white allies can certainly help reduce the negative impact and confront racism. And I hope that we can use this knowledge base, expand it and also continue to inform ways to address racism and discrimination, resolve health disparities and then also change social norms."

Systemic racism and acts of violence and discrimination place an immense psychological burden on targeted communities. To cope with this, it's important that Asian American individuals have access to mental health resources and support systems.

If you witness an act of racist violence or discrimination, it is crucial to step into your role as an ally and active bystander by intervening and providing support to victims.

17 Mental Health Resources For Asian Americans and Pacific Islanders
1 Source
Verywell Mind uses only high-quality sources, including peer-reviewed studies, to support the facts within our articles. Read our editorial process to learn more about how we fact-check and keep our content accurate, reliable, and trustworthy.
See Our Editorial Process
Meet Our Review Board
Share Feedback
Was this page helpful?
Thanks for your feedback!
What is your feedback?
Speak to a Therapist Online
×
The offers that appear in this table are from partnerships from which Verywell Mind receives compensation.
Related Articles 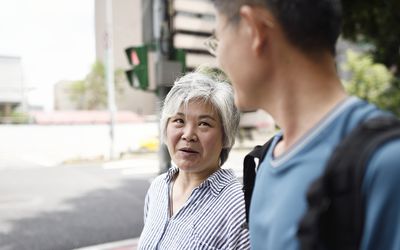 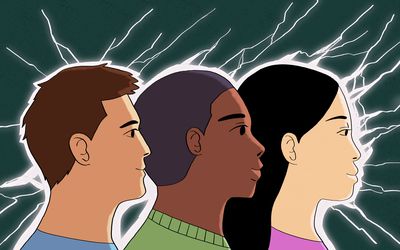 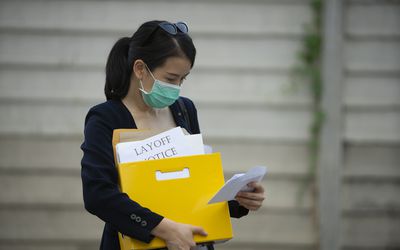