No doubt, the pandemic has brought to light the public’s mistrust in science.

However, a lack of trust existed before COVID-19.

In fact, researchers at the Annenberg Public Policy Center (APPC) of the University of Pennsylvania and the University at Buffalo, the State University of New York, have been conducting ongoing research about how media reports regarding scientific failures play a part.

In a study published in the journal Public Understanding of Science, researchers show how news stories about science follow specific narratives.

Conducted in 2019, the study analyzed how 4,497 U.S. adults reacted to the following four types of news stories about science or a control story:

Based on the respondents’ reactions, the study found:

The Public Misunderstands Why Science Is Self-Correcting

Co-author of the research paper and APPC director, Kathleen Hall Jamieson, PhD, says the general public does not understand that science is an institution.

“So, the press coverage tends to talk about the individual scientists, the individual scientific discovery. It speaks less about the ways in which scientists across the scientific community relate to each other. And as a result, people are less likely to understand that there are incentives built into the underlying structure, through which science comes to know that increases the likelihood that if something is wrong in a finding, it will be discovered,” Jamieson says.

She explains that science is an institution made up of many individuals with highly specialized knowledge, who are all trying to find the best possible answers by critiquing each other's work through peer reviews.

This is where the notion of science being self-correcting is misunderstood.

“If you understand that science is a collectivity of individuals, then you will also understand that they are competing with each other to find the best answer,” says Jamieson. “In an environment in which if you've made an error, somebody's likely to catch it. You've got a personal incentive to try to get it right because you might get caught, but you've got another reason to get it right. Because you actually are trying to contribute to knowledge as a result.”

“When we have new observations that differ from previous ones, we have to resolve those differences and change our explanations. That’s the iterative and self-correcting feature of science,” Pierre says.

Because people prefer absolutes and categorical distinctions over a reality that involves uncertainty, ambiguity, and grey areas, he says their actions often depend on unwarranted confidence about that reality that can sometimes lead them astray.

“So, when scientific explanations and conclusions shift in light of new data, the public often takes this to mean that because ‘science was wrong,’ it’s completely unreliable or untrustworthy. But the flexibility to change in light of new data—the self-correcting feature—is actually science’s superpower,” says Pierre.

Because research and science is self-correcting, Jamieson explains that retractions of published research does occur.

“It's based on an honest error that's been caught,” she says. However, the word retraction is misunderstood, she adds.

“When science corrects a finding, it retracts a publication, or it retracts a finding, and people look at that and say, ‘Oh, well that means that science is broken because look, it was wrong.’ Retraction is actually part of the self-correcting process…not a signal of brokenness,” Jamieson says.

Pierre points out that while there is nothing broken about science as a process for getting at the truth, scientists do make errors, and scientific explanations are only as good as the data they’re based on and how well an experiment was designed and carried out.

“When we start talking about human beings and ‘science’ as a social institution, we have to acknowledge that things like bias, conflicts of interest, and politics can and sometimes do get in the way of ‘good science.’ That’s a reality of all human activity to which science is not immune,” he says.

Still, he stresses that despite science’s imperfections, he believes claims about science being in crisis is a propaganda tactic designed to undermine a legitimate institution of authoritative knowledge.

If science is broken or in crisis as some claim, then we don’t have to listen to scientists. We can then discount what they say about ‘inconvenient truths’ like COVID-19 or climate change.

“If science is broken or in crisis as some claim, then we don’t have to listen to scientists. We can then discount what they say about ‘inconvenient truths’ like COVID-19 or climate change. But when people make such claims, they’re often arguing that people should listen to them instead—they’re saying, ‘don’t trust the scientists, listen to what I say and do what I tell you to do,’” says Pierre.

Mistrust in authoritative sources of knowledge leaves vulnerability to misinformation, he adds.

“That’s how we get to a place where people believe in falsehoods like that COVID-19 was caused by 5G networks, or that vaccine campaigns are about microchipping people, or that the Earth is flat. To me, that’s a much bigger crisis than anything related to science,” Pierre says.

Why Do People Believe in Conspiracy Theories?

How Media and Scientists Can Bolster Trust in Science

After reading the different types of science stories, participants in Jamieson’s study answered questions about their trust in science, beliefs about science, and support for funding science.

So, what can the media do to help gain more trust in science?

Jamieson says journalists should think differently about how they write stories about science.

While Pierre agrees, he notes that today’s digital age brings about a conflation of objective reporting and subjective opinion, allowing people to dismiss one informational source for another that matches what they want to believe.

“I call this ‘confirmation bias on steroids.’ In that sense, the media has a tougher task ahead of it than science does in terms of regaining trust. It has to find a way back to objective reporting, bearing in mind that whatever a journalist writes, someone else is probably somewhere else writing the opposite,” he says.

As far as science is concerned, he believes the institution of science needs to do a better job of being transparent, minimizing conflicts of interest, and providing the public with a “seat at the table,” where scientists are available for open discussion.

“It has to be less ‘ivory tower’ and more ‘grassroots,’ with science being encouraged among young people and within communities,” says Pierre.

He says the public needs to learn how to become better consumers of disparate sources of information: “[The] solution probably involves an educational reboot from the ground up—teaching people the skills to sift through bias and to find objective truths at an early age.”

While news coverage can affect your trust in science, understanding how science works, and where to find reputable reports of scientific discoveries can help you navigate the information.

Following the Steps of a Scientific Method for Research
1 Source
Verywell Mind uses only high-quality sources, including peer-reviewed studies, to support the facts within our articles. Read our editorial process to learn more about how we fact-check and keep our content accurate, reliable, and trustworthy. 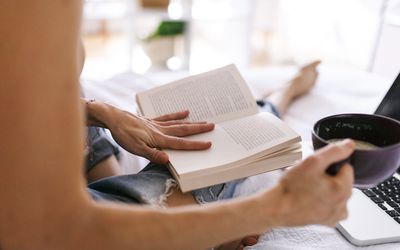 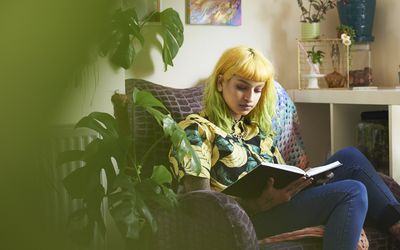 The Best Self-Help Books for Women, According to a Mental Health Counselor
The Origins of Psychology 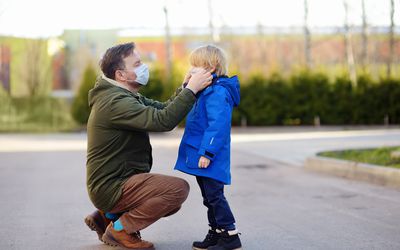 How Mask Shaming Is Becoming a Public Battle 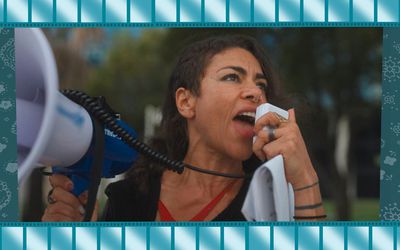