Overview of a Medication's Half-Life

When doctors write prescriptions for medications, they don't just jot down the name of a drug and send their patients off to the pharmacy. Included on the prescription are details about how much of the medication to take at one time (the dose) and at what intervals. These instructions, which are very important for making certain the drug is effective and safe, are based in part on the half-life of the medication being prescribed.

As a patient, it rarely is necessary to know the half-life of a drug you are taking. But it can help to understand what this term means and how it might affect you during the time you're on the drug.

A medication's biological half-life refers simply to how long it takes for half of the dose to be metabolized and eliminated from the bloodstream. Or, put another way, the half-life of a drug is the time it takes for it to be reduced by half.

It's important to note that the expected half-life of a drug varies from person to person, depending on factors such as age, weight, genetics, and even specific health issues. For example, the half-life of acetaminophen (the active ingredient in Tylenol), can be significantly affected by a person's liver function, since acetaminophen is primarily processed through the liver.﻿﻿

The goal of any medication that will need to be taken on an ongoing basis, such as an antidepressant, is to get it to a "steady state"—in other words, to the point at which the amount that goes into the body is equal to the amount that's eliminated.

No matter what the half-life of a medication is, it takes about four times that amount of time for the concentration of the drug to reach a steady state in the body.﻿﻿ This means that if you begin taking a medication with a half-life of 24 hours, after four days, or on the fifth day, the rate of intake of the drug will approximately equal the rate of elimination. If the half-life is 12 hours, you'll reach a steady state at the beginning of the third day (after 48 hours).

Drugs with a longer half-life take longer to work. But on the positive side, they take less time to leave your bloodstream. Those with a short half-life become effective more quickly, but are harder to come off of. In fact, drugs with very short half-lives can lead to dependency if taken over a long period of time.

A drug's half-life is an important factor when it's time to stop taking it. Both the strength and duration of the medication will be considered, as will its half-life. This is important because you risk unpleasant withdrawal symptoms if you quit cold turkey.

Withdrawal symptoms are caused by abruptly discontinuing some types of medication. When you stop taking one of these, your doctor will recommend a gradual tapering schedule, taking the drug's half-life into consideration. Those with a longer half-life will have a longer tapering period.﻿﻿

Medication side effects occur usually when the blood level of the drug is not in its steady state. That's why it's important to follow dosage and duration recommendations to the letter. Otherwise, the drug will be either toxic (more than intended), or not therapeutic (ineffective for treatment).

One impact of half-life is found in the SSRI antidepressants. People taking SSRIs with short half-lives are much more likely to experience SSRI discontinuation syndrome.﻿﻿ People taking an SSRI with a long half-life, such as Prozac, need to wait far longer between stopping them and starting a new antidepressant, such as a monoamine oxidase inhibitor (MAOI). 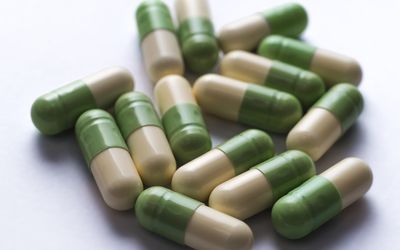