Lithium is an excellent treatment for both mania and hypomania and it also has antidepressant effects. Although it is the oldest mood stabilizer, it is still a staple in the medical arsenal for treating bipolar symptoms.﻿﻿ Today, lithium remains the only medication that was approved first for bipolar disorder, rather than being developed for other conditions or symptoms and later found to work as a mood stabilizer.

If your doctor chooses to prescribe lithium, you will need to have regular blood tests to make sure your lithium blood levels are in a therapeutic range, as levels that are too high can be toxic. Lithium is processed by the kidneys as well as sometimes affecting kidney function, so you will also need your renal function checked while on this medication.﻿﻿ Thyroid functions are regularly monitored while you are on lithium. In addition, being dehydrated can cause lithium blood levels to rise, so be sure to drink enough fluids while on lithium.

Anticonvulsants are shown to relieve the symptoms of bipolar disorder. They also called anti-epileptic drugs, as they were developed to treat seizure disorders.﻿﻿ A very commonly used anticonvulsant for bipolar disorder is called Depakote (valproic acid).

Acute episodes of mania result in psychosis in as many as 50% of those with bipolar disorder.﻿﻿ In these people, antipsychotics are used frequently. They are also often used to decrease symptoms of mania until mood stabilizers, such as lithium or valproate, can take full effect. In some people, these medications may be used long-term. Several atypical antipsychotics, the newer generation of antipsychotics, have mood-stabilizing and antidepressant properties.

There is some evidence that certain calcium channel blockers, typically used to treat high blood pressure, irregular heartbeats, and other heart problems can be effective as mood stabilizers.﻿﻿

However, calcium channel blockers must be taken at higher doses and more frequently, up to four to six times daily, in order to be effective for bipolar disorder. They may also be less effective than the first-line medications above.

Anti-anxiety drugs in a class called benzodiazepines are sometimes used to gain rapid control of manic symptoms as mood stabilizers more slowly take effect. The benzodiazepines are central nervous system (CNS) depressants and fast-acting sedatives. These medications are primarily used to induce sleep, relieve anxiety and muscle spasms, and prevent seizures. They may also be used to help restore a normal sleep schedule.

It's important to note that most of these medications, with the exception of fast-acting benzodiazepines, typically take some time to become fully effective. As you wait for your medications to kick in, therapy, exercise, a solid sleep schedule, a good social support network, and a healthy diet can all make a big difference in how you feel. 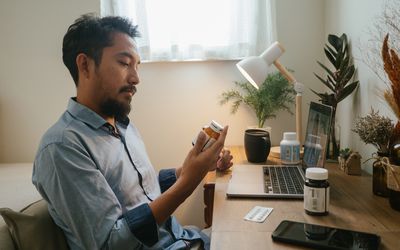 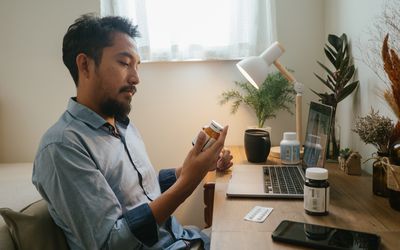 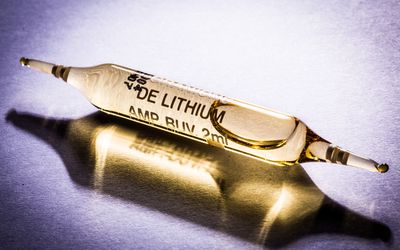 Lithium as Treatment for Bipolar Disorder 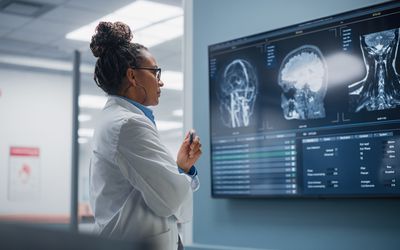