For many years, scientists have been investigating the possible benefits of psychedelic drugs like psilocybin (derived from "magic" mushrooms) and LSD for mental health issues like depression, post-traumatic stress disorder (PTSD), and addiction.

A new study, published in Scientific Reports, provides further evidence of the therapeutic benefits of microdosing, which is when these drugs are taken in tiny amounts—that won't get you high. The participants who microdosed showed greater improvements in mood and mental health than those who didn't microdose.

"There are an overwhelming number of anecdotal reports testifying to the benefits associated with psychedelic microdosing and a relative scarcity of empirical evidence to support these claims," says Joseph Rootman, MA, PhD student in Clinical Psychology at University of British Columbia, who co-led the study. "This gap in the literature calls for a quick response from the scientific community for investigation into this ongoing but largely untested practice."

A Closer Look at the Study

The study followed 953 people who took regular small amounts of psilocybin and a second group of 180 people who did not microdose. Over 30 days, participants were asked to complete a number of assessments relating to mental health symptomology, mood and, measures of cognition.

For instance, part of the study was a smartphone finger tap test, which measures psychomotor ability and can be used as a marker for neurodegenerative disorders like Parkinson’s disease.

"We generated a number of interesting novel findings," says Rootman. "For one, our study is the largest longitudinal study to date of microdosing psilocybin and one of the few studies to engage a control group."

This allowed the researchers to investigate microdosing practices such as stacking, where psilocybin is combined with other non-psychedelic substances such as lion’s mane mushrooms.

There are an overwhelming number of anecdotal reports testifying to the benefits associated with psychedelic microdosing and a relative scarcity of empirical evidence to support these claims.

"We found that the combination of psilocybin, lion's mane, and niacin was associated with an increased performance on a task of psychomotor performance, especially in older adults," says Rootman. He was particularly surprised to find that the stacked combination was more effective in individuals over age 55 than even psilocybin on its own.

"Anecdotal reports suggest that the combination of psilocybin, lion’s mane, and niacin is beneficial in preventing cognitive decline among older adults and our findings, indeed, lined up with these suggestions in the context of a test of psychomotor ability," Rootman explains.

Clinical psychologist Brian Pilecki, PhD, who has been studying psychedelics for over 20 years, points out an issue with the study. While it does have a control group, the participants were not randomly assigned to either the microdosing group or the control group (known as a double-blind study).

"As a result, the study does not address the issue of how expectations may impact the perceived benefits of taking any substance (i.e. the placebo effect)," Pilecki explains.

The Benefits of Microdosing

Previous studies have found that microdosers report reduced stress, improvements in mood, and a decrease in symptoms of depression, anxiety, post-traumatic stress, and obsessive–compulsive disorder.

"In our study, microdosing was associated with greater observed improvements in mood, mental health, and psychomotor ability," Rootman says.

From a scientific perspective, we still don't have a good understanding of the benefits of microdosing or how it works.

"We also haven't really determined how psychedelics work in general, mostly because it hasn't been researched due to only relatively recent loosening of restrictions," Pilecki says. "What we do have is lots of reported benefits from individuals who say that microdosing has been helpful or positive for them."

The Future of Mental Health Care?

Depression presents a major burden to public health globally, and a substantial number of patients do not respond to the presently available treatments.

"Given this, the possibility for an alternative option that may help to attenuate the significant harm caused by this and other mental-mental health disorders merits consideration," says Rootman. "It is too early to say exactly how helpful microdosing is at this current time, which makes further research into the topic important as ever."

Pilecki agrees that more research on psychedelics is required, whether it is microdosing or taking larger amounts.

"In terms of microdosing, there is a lot of anecdotal reports of its benefits which warrants future study and investigation," he says. "It would be great to know what types of things microdosing helps most with, and what risks it might contain."

New research has found promising evidence to support the claim that microdosing can benefit mental health. That being said, this is still very early data and much more research is needed before any concrete medical claims about these substances can be made.

Smoking Toad Venom is the Hottest New Trend in Psychedelics
3 Sources
Verywell Mind uses only high-quality sources, including peer-reviewed studies, to support the facts within our articles. Read our editorial process to learn more about how we fact-check and keep our content accurate, reliable, and trustworthy. 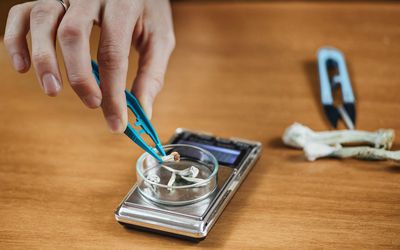 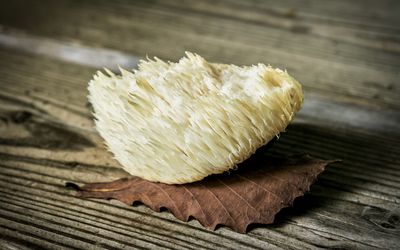 The Health Benefits of Lion's Mane