Elizabeth Hartney, BSc, MSc, MA, PhD
Elizabeth Hartney, BSc, MSc, MA, PhD is a psychologist, professor, and Director of the Centre for Health Leadership and Research at Royal Roads University, Canada.
Learn about our editorial process
Fact checked
Verywell Mind content is rigorously reviewed by a team of qualified and experienced fact checkers. Fact checkers review articles for factual accuracy, relevance, and timeliness. We rely on the most current and reputable sources, which are cited in the text and listed at the bottom of each article. Content is fact checked after it has been edited and before publication. Learn more.
by
Sean Blackburn

Doctors prescribe drugs to help heal their patients. Although, in some cases, these medications may be over-prescribed or used inappropriately—such as combining them with alcohol or other drugs, using dosages higher than prescribed, or not getting dosages adjusted after changes in weight or tolerance.

This article details four of the most dangerous classes of prescription drugs in terms of side effects and the potential for misuse and addiction. The risk of death is also a concern with these drugs, with most of the overdose deaths annually being from prescription medications, whether prescribed to the person who overdosed or to someone else.

Prescription opioids such as oxycodone (such as OxyContin), hydrocodone (such as Vicodin), and fentanyl are often used to relieve pain, hence the term "painkillers." But their elevated risk of addiction and overdose make them dangerous drugs.

Opioids have the ability to convince both your brain and body that these drugs are needed for actual survival. This can cause you to take more than prescribed, leading first to dependency, then to addiction.

Take too much of these drugs and you can overdose, even if accidentally. The rate of people who have died from prescription painkiller overdose has increased massively over the past decade. In 2020, over 16,400 Americans died from this category of drug.

While opioid dispensing rates are declining overall, some areas of the country still dispense these medicines at high rates—with 3.6% of U.S. counties prescribing them so readily in 2020 that all residents in that county could have a prescription.

In addition to being prescribed for pain, this class of medication also includes drugs like methadone. Methadone is often used in medication-assisted treatment (MAT) for opioid addiction. Although safer than opioids such as heroin, it is still possible to overdose.

As with other opioids, methadone is most risky when combined with other drugs, when different amounts are taken (such as reducing intake and then going back to a previously safe dose, which is dangerous because tolerance goes down), or after significant weight loss.

Why You Should Take Narcan Training Right Now
2

Benzodiazepines are a group of tranquilizer drugs prescribed for a variety of conditions—anxiety and insomnia, in particular. Common benzodiazepine medications include alprazolam (Xanax), chlordiazepoxide (Librium), diazepam (Valium), and lorazepam (Ativan), as well as clonazepam (Klonopin), oxazepam (Serax), and temazepam (Restoril).

One reason these drugs are dangerous is that dependence is possible when on them for extended periods. As tolerance increases, you may take more than prescribed. This can lead to overdose, with emergency room visits due to benzodiazepine overdose increasing 24% from 2019 to 2020.

Combining benzodiazepines with opioids can increase overdose risk (and death) even more. One study found that people prescribed both types of drugs were ten times more likely to die from overdose than those prescribed opioids only.

Additionally, withdrawal can occur once a benzodiazepine medication is stopped. This withdrawal can result in experiencing symptoms such as agitation, fever, rapid breathing, excessive tear secretion, and hyperactive delirium.

Since January 2018, benzodiazepine prescription rates have decreased, dropping for men, women, and individuals aged 65 and older.

Uses, Indications, and Side Effects of Benzodiazepines
3

Stimulant medications such as Ritalin (methylphenidate) and Adderall (amphetamine and dextroamphetamine) are generally effective for treating attention-deficit/hyperactivity disorder (ADHD) with mild effects.

However, they are on this list because they are also commonly "diverted" or illicitly sold to people to whom they were not prescribed, and they are also taken in larger quantities than prescribed for pleasure or to increase alertness. Stimulant medications are commonly used by college students for these reasons.

In a 2021 study of 45 nursing school students, every student prescribed a stimulant for ADHD had been asked for their medication by someone else. Another 11.1% admitted to taking this type of medicine without a prescription.

From 2000 to 2014, U.S. poison centers reported 156,365 exposures to ADHD stimulant medications, with 76% occurring in children 12 and over. Children aged 13 to 19 were most likely to be exposed to this medication intentionally, either through misuse, abuse, or suspected suicide.

While small, an association between the use of stimulants and rare sudden unexplained death among children and adolescents has also been found.

Is An Adderall Overdose Possible?
4

Anabolic androgenic steroids are prescription drugs that can be used for treating hormonal issues (like delayed puberty) and for diseases causing muscle loss (such as AIDS and cancer).

However, these steroids are often taken for non-medical reasons—particularly by people who want to increase their muscle mass or boost athletic performance. Bodybuilders and athletes fall into this category.

Several studies have indicated dangers associated with the use of steroids. For instance, one piece of research noted a connection between high doses of these drugs and cardiovascular disease.

There is also an association between elevated aggression and violence in some people who use anabolic steroids, sometimes leading to the commission of a violent crime.

All prescription medications have their time and place, but they don't come without risk and some are riskier than others. Always discuss the risks associated with the medications you are prescribed with a healthcare provider and learn how to take the medication safely. Be sure to share any personal or family history of substance use disorders with the prescribing physician, particularly when dealing with medications that present a high risk of dependence.

If you are concerned about the risks associated with a medication you've been prescribed, don't hesitate to share those concerns or ask about alternatives. In some cases, a less risky medication may be available. In others, treatment without medication, such as psychological or behavioral approaches, may be an option. If the medication is still the best treatment option for you, follow the prescribing physician's dosage instructions, continue your care, and do not stop or adjust your dosage without consulting with a healthcare provider first.

18 Sources
Verywell Mind uses only high-quality sources, including peer-reviewed studies, to support the facts within our articles. Read our editorial process to learn more about how we fact-check and keep our content accurate, reliable, and trustworthy. 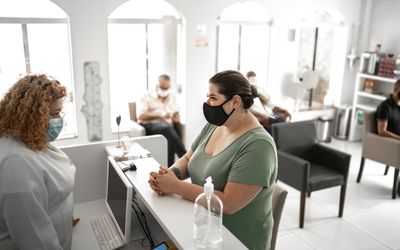 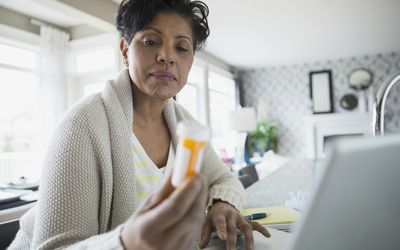 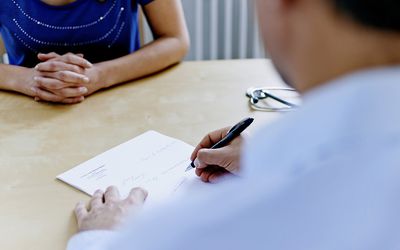