Strides continue to be made regarding neurodiversity, but the current framework for understanding autism is still largely centered around how it presents in boys. A recently published study in The British Journal of Psychiatry shed light on some key differences between connectivity patterns within the brains of autistic boys and girls.

In this study, 773 functional magnetic resonance imaging (fMRI) scans were analyzed, and differences were found in the motor, language, and visuospatial attention systems of the brain that differed between sexes.

These key differences in the brains highlight sex differences among autistic children, which may hold promise for more equitable diagnosis.

Since much of what is used as the criteria to diagnose autism comes from research that has been done on males, they are four times as likely as females to be diagnosed.

In this research, functional MRI scans showed different connectivity patterns based on sex among children with autism, as apparent in the motor, language, and visuospatial attention systems of the brain.

Researchers found that females with brain patterns that were most like males with autism had the most pronounced motor symptoms. Greater language impairments were also indicated among males.

Educational psychologist Roseann Capanna-Hodge, EdD, LPC, BCN, says, "Autism shows itself differently in boys and girls because the symptoms may be milder in females, so providers need to assess all children for autism regardless of symptom severity."

Capanna-Hodge explains that children with autism show differences in the regions of the brain that are related to the severity of clinical symptoms in behavior and functioning. "Boys show greater impairment in the motor, visual spatial, attention, and language areas of the brain," she says.

In this way, Capanna-Hodge notes how those differences may present in outward and more observable behaviors that males tend to have, which may make it easier to identify them with autism.

Children with autism have structural and functional brain differences that distinguish them from their neurotypical peers and moreover, these same differences are distinguishing characteristics between males and females with autism.

Capanna-Hodge highlights how this research shows the differences in how autism presents, including how important it is to be assessed by a highly skilled clinician so a child can receive the life-altering intervention needed.

According to Capanna-Hodge, "Autism is an epidemic that little is known about and that means that children aren’t being diagnosed, so the critical early intervention that these kids need is missing."

Capanna-Hodge explains, "Children with autism have structural and functional brain differences that distinguish them from their neurotypical peers and moreover, these same differences are distinguishing characteristics between males and females with autism."

Reflecting upon her own practice, Capanna-Hodge notes, "The best advice I could give any parent who is concerned about their child’s development is to search for answers and seek support from an experienced professional."

How Are Most Kids With Autism Doing? Really Well, Research Confirms

An autistic psychotherapist, Sharon Kaye-O'Connor, LCSW, says, "The diagnostic criteria for autism are largely based on observations of characteristics in boys, which has led to a very narrow perception of what autism can look like."

Kaye-O'Connor explains, "In girls, women, and non-binary folks, autistic traits often present differently, and outside of the stereotypes frequently relied upon for diagnosis. This is why autistic girls, women, and other AFAB individuals commonly go undiagnosed or misdiagnosed."

An autistic trait like having a special interest may appear differently in girls, according to Kaye-O'Connor. "Autistic boys often have special interests that differ from the interests of their neurotypical peers," she says.

Since girls often utilize strategies like masking or camouflaging autistic traits to better fit in or go unnoticed as different, Kaye-O'Connor notes that masking can sometimes take the form of copying others or adopting the mannerisms or persona of another person or character.

Much of the diagnostic criteria are based on what autistic people look like when struggling or in distress.

Kaye-O'Connor explains, "Masking can also include creating the expected facial expressions, making, or faking eye contact, and suppressing stims or talk of special interests. Masking can be extremely emotionally and physically taxing and lead to autistic burnout."

Given that current methods for diagnosing autism were mostly created by non-autistic professionals, Kaye-O'Connor notes, "The methods for identifying autism have so far been based on an "outside-looking-in" perspective, which leaves out the key element of what the individual's internal experience might be like."

Kaye-O'Connor explains, "Much of the diagnostic criteria are based on what autistic people look like when struggling or in distress. This is why autistic people who are happy and thriving might be less likely to receive a diagnosis."

As members of the autistic community become more engaged as clinical professionals, researchers, and advocates in the field, Kaye-O'Connor notes that the lens is shifting toward a more comprehensive and holistic understanding of what the internal experience of being autistic is like.

"Autism isn't a group of outwardly observable traits or behaviors - It's our internal operating system, and the way we are wired to perceive, process, and interact with our environments. So even if autistic traits may not be apparent or obvious to an observer, what is most significant is the individual's own internal experience of the world," says Kaye-O'Connor

The purpose of early diagnosis should always be to better understand and support the needs of the individual, not to change or "correct" neurodivergent traits. "The goal is happy, healthy autistic people - always," she says.

As the research demonstrates, there are key differences in connectivity patterns in the brains of autistic children, based on sex. Given that marginalized genders continue to be under-diagnosed in terms of autism, such findings may improve treatment in the future.

What’s It Like to be Diagnosed With Autism as an Adult? New Research Takes a Closer Look
1 Source
Verywell Mind uses only high-quality sources, including peer-reviewed studies, to support the facts within our articles. Read our editorial process to learn more about how we fact-check and keep our content accurate, reliable, and trustworthy. 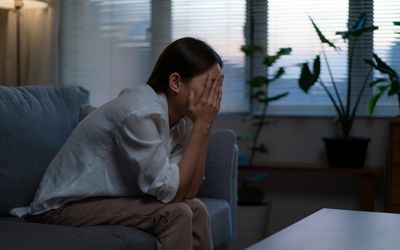 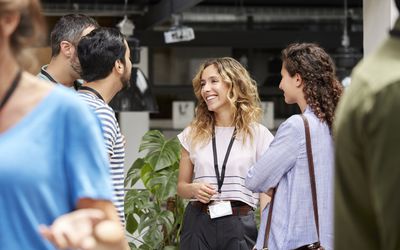