Traumatic brain injury (TBI) occurs when the brain is injured or damaged by an outside force such as a blow to the head or a gunshot. TBIs can occur as a closed head injury in which the skull and brain remain intact, like what is seen among professional athletes such as football players, or as a penetrating head injury in which an object penetrates the skull and brain.

Traumatic brain injuries can be caused by motor vehicle accidents, falls, other accidents, and firearms. Such injuries can cause a wide variety of cognitive issues. In addition to cognitive problems, if you've experienced a brain injury, you may also develop symptoms consistent with one or more forms of mental illness including obsessive-compulsive disorder (OCD).

Adults over the age of 65 are at a high risk of TBIs due to accidental falls. Statistically, men are more likely to get TBIs than women. TBI is often classified according to the severity of the injury—mild, moderate, or severe.

Most Common Types of TBIs

The most common type of traumatic brain injury is a concussion. Other common types of TBIs include stroke, infection, and broken blood vessels inside the brain.

According to the Centers for Disease Control, TBIs were responsible for more than 64,000 deaths in the United States in 2020. The most common causes of TBIs are falls, firearm-related suicide, motor vehicle crashes, and assaults.

Common symptoms of TBIs include a persistent headache, vomiting or nausea, lack of coordination, and increased confusion.

Symptoms of a traumatic brain injury vary depending on the type of injury, the severity of the injury, and the area of the brain that is affected. Some symptoms may appear immediately, while others may not become apparent for days or even weeks.

Symptoms of a mild TBI can include:

A moderate or severe TB may lead to symptoms such as:

Chronic traumatic encephalopathy (CTE) is a brain condition caused by repeated blows to the head leading to repeated concussions. It is strongly associated with participation in contact sports such as American football and boxing. It is progressive and leads to symptoms including memory loss, mood changes, problems thinking, and parkinsonism.

If you have experienced a TBI you may also notice a change in your cognitive functioning. After a TBI, your performance on everyday tasks requiring memory, language, and spatial or verbal ability may be negatively affected. This can be either temporarily or permanently.

If the TBI affects motor centers within the brain, mobility may also be impaired, and you may need a mobility device like a wheelchair or help with day-to-day tasks. TBI can also affect your behavior, causing changes in your personality. It is possible, after a TBI, that a previously calm person may become impulsive or aggressive. Likewise, an outgoing individual may become shy and withdrawn.

When you experience a traumatic head injury, your brain may undergo significant changes that can cause symptoms like confusion, headaches, and sensitivity to light and sound. With milder injuries, these changes will go away eventually.

But with more severe TBIs, the injury can cause brain swelling, which can lead to further symptoms. A person may experience increased hostility, aggression, or inappropriate emotions (i.e., laughing during a sad moment).

Inappropriate emotions may arise as a result of the part of the brain that controls "executive functions" in the brain, such as emotional regulation and impulse control, being affected by the TBI. In many cases, these symptoms resolve themselves in the months after a TBI is sustained, depending on the severity of the TBI.

Other factors can also contribute to changes post-accident or injury. Environmental factors and stress that occur after a TBI can play a part in some of the emotional/behavioral changes, including anxiety, obsessions, compulsions, and OCD.

A Concussion May Increase Risk of Opioid Use Disorder by 65%, Study Finds

In addition to changes in cognitive function, behavior, and mobility, TBI can trigger symptoms of OCD including obsessions and compulsions. OCD following a TBI usually occurs soon, if not immediately, after the event has taken place.

However, there have been reports of TBI-induced OCD being diagnosed months after the initial injury. In each case, localized brain damage may or may not be present when viewing a brain scan.

Research has indicated that OCD following a TBI is usually accompanied by symptoms of major depression. Whether this depression is a result of the TBI, the psychosocial stress caused by the injury, the onset of OCD, or a combination of these factors is unclear.

If you developed OCD after a traumatic brain injury, your doctor may recommend selective serotonin reuptake inhibitors such as Prozac (fluoxetine) or a tricyclic antidepressant such as Anafranil (clomipramine).

Psychotherapy for OCD following a TBI may also be helpful. However, since cognitive impairment is common among those with TBI, cognitive-based therapies may not be the best option for everyone and should be evaluated on a case-by-case basis. If you can, choose a supportive therapy that assists you and helps you cope with both the practical and emotional challenges associated with TBI and OCD. 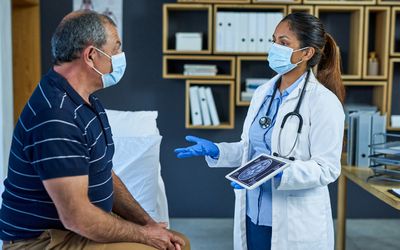 How a Head Injury Can Affect Your Mental Health 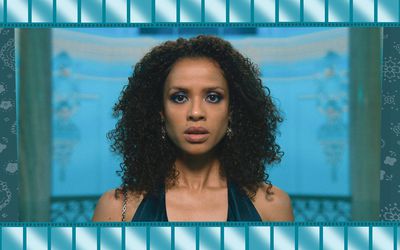 What Is Confabulation?
What Is Music Therapy?