How Reinforcement and Punishment Modify Behavior

What Is Operant Conditioning?

But operant conditioning is not just something that takes place in experimental settings while training lab animals. It also plays a powerful role in everyday learning. Reinforcement and punishment take place in natural settings all the time, as well as in more structured settings such as classrooms or therapy sessions.

The History of Operant Conditioning

Operant conditioning was first described by behaviorist B.F. Skinner, which is why you may occasionally hear it referred to as Skinnerian conditioning. As a behaviorist, Skinner believed that it was not really necessary to look at internal thoughts and motivations in order to explain behavior. Instead, he suggested, we should look only at the external, observable causes of human behavior.

Through the first part of the 20th century, behaviorism became a major force within psychology. The ideas of John B. Watson dominated this school of thought early on. Watson focused on the principles of classical conditioning, once famously suggesting that he could take any person regardless of their background and train them to be anything he chose.

Early behaviorists focused their interests on associative learning. Skinner was more interested in how the consequences of people's actions influenced their behavior.

Skinner used the term operant to refer to any "active behavior that operates upon the environment to generate consequences." Skinner's theory explained how we acquire the range of learned behaviors we exhibit every day.

If you raise your hand to ask a question and your teacher praises your polite behavior, you will be more likely to raise your hand the next time you have a question or comment. Because the behavior was followed by reinforcement, or a desirable outcome, the preceding action is strengthened.

While classical conditioning could account for respondent behaviors, Skinner realized that it could not account for a great deal of learning. Instead, Skinner suggested that operant conditioning held far greater importance.

Skinner invented different devices during his boyhood and he put these skills to work during his studies on operant conditioning. He created a device known as an operant conditioning chamber, often referred to today as a Skinner box. The chamber could hold a small animal, such as a rat or pigeon. The box also contained a bar or key that the animal could press in order to receive a reward.

In order to track responses, Skinner also developed a device known as a cumulative recorder. The device recorded responses as an upward movement of a line so that response rates could be read by looking at the slope of the line.

There are several key concepts in operant conditioning.

Punishment is the presentation of an adverse event or outcome that causes a decrease in the behavior it follows. There are two kinds of punishment. In both of these cases, the behavior decreases.

Punishment and its Influence on Behavior

Reinforcement is not necessarily a straightforward process, and there are a number of factors that can influence how quickly and how well new things are learned. Skinner found that when and how often behaviors were reinforced played a role in the speed and strength of acquisition. In other words, the timing and frequency of reinforcement influenced how new behaviors were learned and how old behaviors were modified.

In some of these examples, the promise or possibility of rewards causes an increase in behavior. Operant conditioning can also be used to decrease a behavior via the removal of a desirable outcome or the application of a negative outcome. For example, a child may be told they will lose recess privileges if they talk out of turn in class. This potential for punishment may lead to a decrease in disruptive behaviors.

While behaviorism may have lost much of the dominance it held during the early part of the 20th century, operant conditioning remains an important and often used tool in the learning and behavior modification process. Sometimes natural consequences lead to changes in our behavior. In other instances, rewards and punishments may be consciously doled out in order to create a change.

Operant conditioning is something you may immediately recognize in your own life, whether it is in your approach to teaching your children good behavior or in training the family dog. Remember that any type of learning takes time. Consider the type of reinforcement or punishment that may work best for your unique situation and assess which type of reinforcement schedule might lead to the best results. 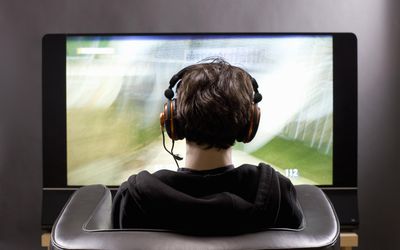