An Overview of Other Specified Feeding and Eating Disorder (OSFED)

Like other eating disorders, symptoms include behavioral, emotional, and physical aspects.

Behavioral symptoms of OSFED often include a preoccupation with weight, food, calories, fat grams, dieting, and exercise,﻿﻿ including:

The emotional symptoms of OSFED can include:

The physical symptoms of OSFED include:

OSFED is a complex illness and, while we don't know the exact cause, genetics and environmental factors both appear to play a role. When it comes to eating disorders, it's often said that "genes load the gun, but environment pulls the trigger.”

In other words, in those who are genetically vulnerable, certain situations and events contribute to or trigger the development of an eating disorder.

One problem with psychiatric diagnoses, in general, is that many patients do not fit neatly into the typical diagnostic categories. It’s not always clear-cut. Sometimes people meet most but not all of the criteria for a diagnosis.

One misconception about OSFED is that it is less severe or subclinical. This is not necessarily true, and it keeps many people from seeking help.

People with OSFED will experience health risks similar to those of the other eating disorders, including:

At least one previous study showed the mortality rate for OSFED (at the time, known as EDNOS) was as high as for people who meet the defined thresholds for anorexia.﻿﻿

Even if your symptoms and experience don't seem to fit a specific diagnosis, if you are experiencing distress related to eating, exercise, body shape, and weight, you should consult a professional as soon as possible. Research supports that early intervention makes a big difference in OSFED recovery.

In general, treatment recommendations will be based on the eating disorder that most closely resembles your symptoms. For example, if you're mostly showing symptoms of lower frequency bulimia, your treatment plan will involve the same therapies and medications used for bulimia.

Because eating disorders are mental illnesses, your treatment team should include a psychologist, psychiatrist, social worker, or other licensed counselor as well as primary care physician or pediatrician and registered dietitian.

While there are no prescription drugs specifically designated to treat OSFED, there are drugs that can be used to help manage symptoms and co-occurring depression or anxiety.

Medication is almost always used in conjunction with psychotherapy and nutrition therapy.

Cognitive behavioral therapy (CBT) is one of the most successful treatments for bulimia nervosa and binge eating disorder and is also used to treat OSFED, especially in people who have symptom profiles similar to bulimia and BED.

Dialectical behavior therapy (DBT), a type of CBT that teaches skills to live in the moment, cope with stress, regulate emotions, and improve relationships, has also been found effective in people with eating disorders, especially in those with binge eating disorder and bulimia nervosa. In DBT, the patient and therapist work together to resolve the seeming contradiction between self-acceptance and change in order to bring about positive changes.

Family-based treatment (FBT) is a leading treatment for adolescent eating disorders, including OSFED. In FBT, therapists don't try to analyze why the eating disorder developed nor do they blame families for the disorders. Instead, FBT views the family as experts on the child and an essential part of the treatment team.

Nutritional therapy, which is conducted by a registered dietitian, can help someone with OSFED repair physical health and normalize food intake and behaviors. After a dietitian assesses your nutritional status, medical needs, and food preferences, they will help you plan meals.

Staying healthy physically and emotionally will go a long way toward helping you cope with an eating disorder. In addition to talking to a therapist or joining a support group (like Eating Disorders Anonymous), enlist a trusted friend or family member who can help you along your path to recovery.

Another productive way to cope is to identify a few healthy distractions you can turn to when you find yourself obsessing about food and weight or experiencing the urge to turn to disordered eating or behaviors. Here are a few to consider:

How Yoga Can Benefit Patients With Eating Disorders

Recovery from OSFED can be challenging and while it will take courage, it is possible, especially with the right support system in place. There's no shame in getting professional help and reaching out to loved ones as you begin the journey toward a healthy relationship with food and yourself.

What's An Eating Disorder?
5 Sources
Verywell Mind uses only high-quality sources, including peer-reviewed studies, to support the facts within our articles. Read our editorial process to learn more about how we fact-check and keep our content accurate, reliable, and trustworthy.
Additional Reading 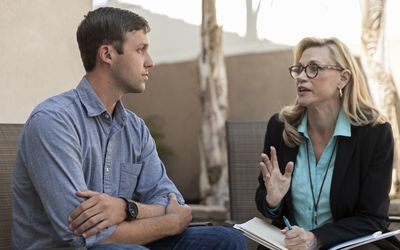 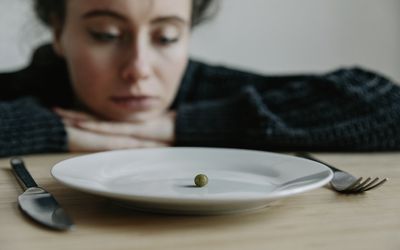 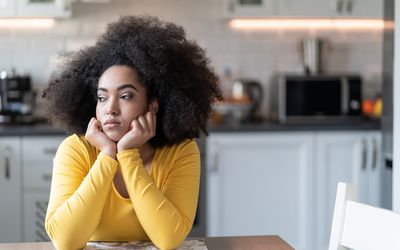