Post-traumatic stress disorder (PSTD) is a mental health condition that can occur after experiencing a traumatic event. It affects around 6.8% of the U.S. adult population, but it tends to occur at higher rates among those who have been in the military. According to the Department of Veterans Affairs (VA), the prevalence of PTSD among veterans was between approximately 12% and 30%, depending on the conflict where soldiers served.

History of PTSD Among Soldiers

War and conflict have existed for millennia. So has the trauma that these experiences inflict on the people who live through them.

However, post-traumatic stress disorder is a relatively young diagnosis. It was not until 1980 that PTSD was recognized as a distinct condition in the "Diagnostic and Statistical Manual of Mental Disorders," the manual that healthcare providers and therapists use to diagnose mental health conditions.

While PTSD may not have had an official name until fairly recently, throughout history, people have recognized that exposure to combat situations can have a profound negative impact on a person's mind and body. In fact, the diagnosis of PTSD originates from observations of the effect of combat on soldiers.

The grouping of symptoms that we now refer to as PTSD has been described in the past as "combat fatigue," "shell shock," or "war neurosis."

It is not surprising that high rates of PTSD have been found among soldiers from World War II, the Vietnam War, the Persian Gulf War, and the war in Iraq and Afghanistan.

According to the VA, the prevalence of PTSD among military veterans depends on the combat where they served.

PTSD Not Due to Combat

Prevalence statistics suggest that PTSD stemming from combat exposure is quite common. However, people in the military may also be at risk of experiencing other types of traumatic events.

Women in the military may be at high risk of experiencing sexual trauma, often referred to as military sexual trauma (MST). Statistics also suggest that many men experience sexual harassment.

Effects of War on a Soldier's Family

Not only is war difficult for military soldiers, but it is also incredibly difficult for their families. War can have a tremendous impact on the mental health of a soldier's loved ones.

Some common reactions that family members might experience include:

Social support can play a critical role in both preventing and treating PTSD. Because of this, interventions that address the entire family and work to repair communication and improve family dynamics can be beneficial.

When a Loved One Has PTSD

Causes of PTSD in Soldiers

PTSD occurs after a person has experienced a traumatic event. This can include combat stress, severe trauma, or life-threatening situations.

When faced with a stressful event, the body first mobilizes to deal with the danger. The fight-or-flight response is activated, which prepares people to defend themselves or flee the situation. It causes a cascade of physiological effects including increased heart rate, rapid breathing, dilated pupils, and increased muscle tension.

After the threat has passed, the relaxation response helps return the body to its previous state of equilibrium. People with PTSD, however, are unable to fully leave the state of heightened awareness and readiness, which results in a range of symptoms.

Symptoms of PTSD in Veterans

Symptoms that may emerge after a traumatic experience include:

What Increases Risk for PTSD?

People serving during wartime are likely to be exposed to numerous traumatic or highly stressful events. However, not everyone eventually goes on to develop PTSD.

A number of factors that have been linked to an increased risk of PTSD include:

Genetics, social support, neurological influences, and past experiences can all play a role in the development of PTSD.

There are treatments available for PTSD that can help alleviate symptoms. Getting treatment is important since untreated PTSD can interfere with a person's ability to function and the condition may become chronic.

One study of PTSD among military veterans found that it often becomes a chronic condition. At the outset of the study, 47% of participants were identified as having PTSD. When retested six years later, over 70% of those individuals still had PTSD.

Fortunately, help is available for those living with PTSD. A number of treatments have been developed and shown to effectively treat PTSD. Some options that are often recommended include:

Medications and psychotherapy can often help relieve the symptoms of post-traumatic stress disorder. It is important to get treatment for the condition to help minimize the distress and disruption that symptoms may cause.

The effects of war can be far-reaching. People in the military, especially during wartime, may be at high risk for PTSD. A soldier's family may also experience high levels of stress. However, help is available, and there are a number of resources for military soldiers and their families trying to cope.​

Coping With PTSD
9 Sources
Verywell Mind uses only high-quality sources, including peer-reviewed studies, to support the facts within our articles. Read our editorial process to learn more about how we fact-check and keep our content accurate, reliable, and trustworthy. 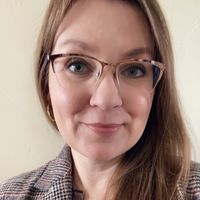 Learn about our editorial process
See Our Editorial Process
Meet Our Review Board
Share Feedback
Was this page helpful?
Thanks for your feedback!
What is your feedback?
Speak to a Therapist for PTSD
×
The offers that appear in this table are from partnerships from which Verywell Mind receives compensation.
Related Articles 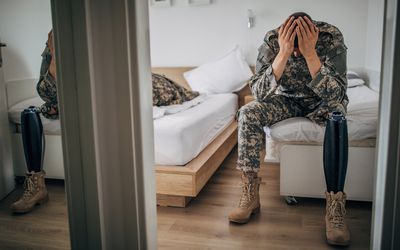 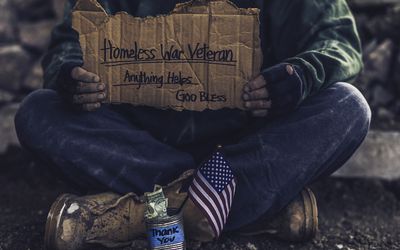 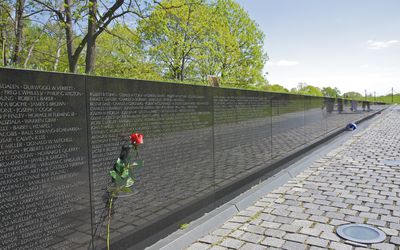 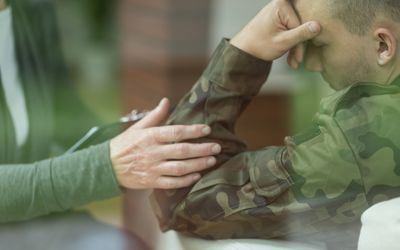 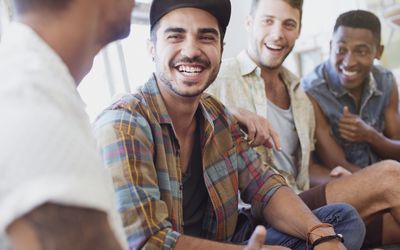 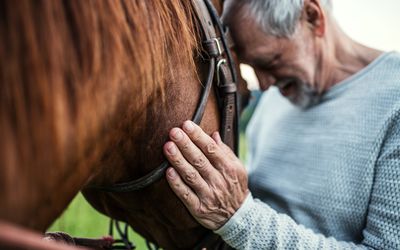