Pavlov's dog experiments played a critical role in the discovery of one of the most important concepts in psychology: Classical conditioning.

While it happened quite by accident, Pavlov's famous experiments had a major impact on our understanding of how learning takes place as well as the development of the school of behavioral psychology. Classical conditioning is sometimes called Pavlovian conditioning.

How did experiments on the digestive response in dogs lead to one of the most important discoveries in psychology? Ivan Pavlov was a noted Russian physiologist who won the 1904 Nobel Prize for his work studying digestive processes.

While studying digestion in dogs, Pavlov noted an interesting occurrence: His canine subjects would begin to salivate whenever an assistant entered the room.

The concept of classical conditioning is studied by every entry-level psychology student, so it may be surprising to learn that the man who first noted this phenomenon was not a psychologist at all.

In his digestive research, Pavlov and his assistants would introduce a variety of edible and non-edible items and measure the saliva production that the items produced.

Salivation, he noted, is a reflexive process. It occurs automatically in response to a specific stimulus and is not under conscious control.

However, Pavlov noted that the dogs would often begin salivating in the absence of food and smell. He quickly realized that this salivary response was not due to an automatic, physiological process.

Based on his observations, Pavlov suggested that the salivation was a learned response. Pavlov's dog subjects were responding to the sight of the research assistants' white lab coats, which the animals had come to associate with the presentation of food.

He opted to use food as the unconditioned stimulus, or the stimulus that evokes a response naturally and automatically. The sound of a metronome was chosen to be the neutral stimulus.

The dogs would first be exposed to the sound of the ticking metronome, and then the food was immediately presented.

After several conditioning trials, Pavlov noted that the dogs began to salivate after hearing the metronome. "A stimulus which was neutral in and of itself had been superimposed upon the action of the inborn alimentary reflex," Pavlov wrote of the results.

"We observed that, after several repetitions of the combined stimulation, the sounds of the metronome had acquired the property of stimulating salivary secretion."

In other words, the previously neutral stimulus (the metronome) had become what is known as a conditioned stimulus that then provoked a conditioned response (salivation).

To review, the following are some key components used in Pavlov's theory:

Pavlov's discovery of classical conditioning remains one of the most important in psychology's history.

In addition to forming the basis of what would become behavioral psychology, the classical conditioning process remains important today for numerous applications, including behavioral modification and mental health treatment.

Principles of classical conditioning are used to treat the following mental health disorders:

For instance, a specific type of treatment called aversion therapy uses conditioned responses to help people with anxiety or a specific phobia.

A therapist will help a person face the object of their fear gradually—while helping them manage any fear responses that arise. Gradually, the person will form a neutral response to the object.

Pavlov’s work has also inspired research on how to apply classical conditioning principles to taste aversions. The principles have been used to prevent coyotes from preying on domestic livestock and to use neutral stimulus (eating some type of food) paired with an unconditioned response (negative results after eating the food) to create an aversion to a particular food.

In one example, mutton was injected with a drug that produces severe nausea. After eating the poisoned meat, coyotes then avoided sheep herds rather than attack them.

While Pavlov's discovery of classical conditioning formed an essential part of psychology's history, his work continues to inspire further research today. His contributions to psychology have helped make the discipline what it is today and will likely continue to shape our understanding of human behavior for years to come. 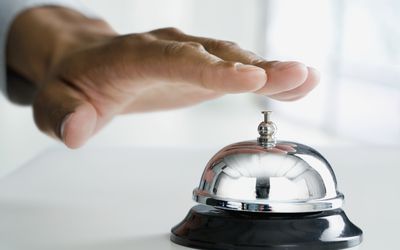