In simple terms, a phobic reaction is a reaction stemming from a phobia. Phobic reactions are symptoms of a phobia such as feeling intense anxiety or sweaty palms and may range from mild to severe. A mental health professional can use a person's phobic reactions to help make an accurate diagnosis.

What Is a Phobia?

Phobias are classified as anxiety disorders. They are characterized by an irrational fear that is out of proportion to the actual threat of a specific object or situation. There are many different types of phobias.

Anxiety disorders are the most common mental disorder, according to the American Psychiatric Association (APA).

A phobia can be paralyzing, making it so that a person struggles to function in their everyday lives. The person may take steps big and small to avoid encountering whatever it is they fear. Encountering the object of fear or even thinking about it can cause intense and uncomfortable phobic reactions.

According to the National Institutes of Health (NIH), psychological symptoms of a phobia include panic, fear, and an intense desire to leave or get away, and physical symptoms include trembling, rapid heartbeat, and shortness of breath.

There are three categories of phobias outlined in the "Diagnostic Statistical Manual of Mental Disorders, Fifth Edition" (DSM-5), which is the manual published by the APA that describes criteria for diagnosing mental disorders:

Symptoms of phobias, or phobic reactions, can be psychological (such as an intense feeling of unease or foreboding), cognitive (such as negative thoughts), physical (such as crying or gastrointestinal distress), or behavioral (such as avoidance tactics).

Social phobia, or SAD, is a fear of judgment by others. It's an intense fear of embarrassing or humiliating yourself in small or large groups.

Someone with SAD may avoid any situation they think will cause them to look foolish, make a mistake, or be criticized or laughed at. This can mean avoiding eating or drinking in front of others, going to work, or meeting new people. The fear can also manifest in performance situations, such as public speaking.

People with SAD commonly feel intense anxiety in anticipation of or during a social situation. Physical symptoms can include:

A specific phobia is an overwhelming fear of a specific object or situation that poses little to no real danger. If it does pose some danger, the person's reaction is out of proportion to the actual risk.

There are five types of specific phobia, but unlimited potential fears. For example, people with a specific phobia may fear a specific animal such as snakes (ophidiophobia), physical harm such as injections (trypanophobia), or even situations like washing or bathing (ablutophobia).

Phobic reactions for specific phobias can include:

As with all phobias, someone with a specific phobia will often use avoidance tactics to prevent encountering the object of their fear.

Agoraphobia is characterized by a fear of being unable to escape to safety or find help when you start having a phobic reaction. The physical symptoms match those of specific phobia.

Someone with agoraphobia may fear being in these situations because they're afraid they may experience a panic attack and not have help or experience embarrassment. Maladaptive thoughts are common cognitive phobic reactions in agoraphobia and can include thoughts such as, "I might lose control," or "I won't be able to escape."

The physical symptoms of agoraphobia, on the other hand, can be similar to those of a panic attack such as rapid heartbeat, hyperventilating, and dizziness. Someone with agoraphobia may also behave in certain ways, including needing someone they trust when going out or not being able to leave their residence for long periods of time.

All three types of phobias are highly treatable with help from a mental health professional. However, they tend to get worse over time without treatment.

Typical treatment for phobias includes cognitive behavioral therapy (CBT) techniques, which involves gradual desensitization, comparing your unreasonable fears to the actual risk, and changing your maladaptive thoughts into constructive ones.

Medications may also be prescribed as a part of treatment for a phobia. For example, antidepressants (specifically a selective serotonin reuptake inhibitor), beta-blockers, or benzodiazepines may be considered.

Your phobic reaction merits a trip to the doctor when your symptoms interfere with your life, including your ability to make money, maintain healthy personal relationships, and perform essential daily tasks, such as bathing or grocery shopping. 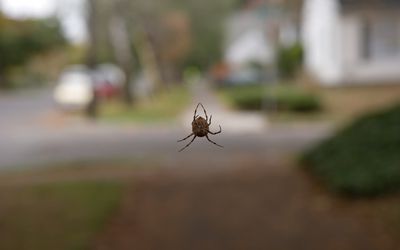 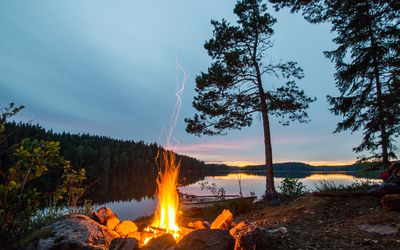 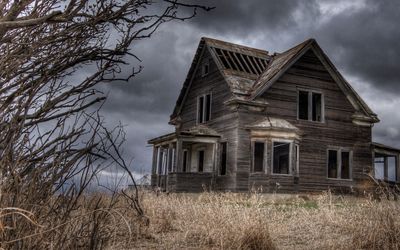 Fear or Phobia of Haunted Houses