Psychedelic drugs, such as psilocybin (magic mushrooms) and LSD, have long been a point of interest for researchers investigating potential therapies for the treatment of addiction, depression, and PTSD.

But more recently, the practice of microdosing these drugs has gained popularity as a means of potentially boosting cognition and improving psychological well-being.

A microdose is commonly considered about 10% of the recreational dose of a psychedelic drug and does not induce hallucinations. Typically, this dosage would be administered two or three times per week.

Anecdotal reports suggest microdosing can improve an individual's focus, mood, and levels of energy and creativity. But the findings from a recent study on microdosing published in Elife suggest these benefits might just be the result of the placebo effect.

The study set out to determine whether psychedelic microdosing can improve cognitive function and psychological well-being.

Researchers developed a novel citizen-science initiative with a self-blinding setup procedure that enabled participants to use their own psychedelics and implement placebo control and randomization without clinical supervision.

This method increased accessibility on a global scale and kept costs low, which allowed for 191 microdosers to participate. The experiment serves as the largest placebo-controlled study on psychedelics to date.

Participants were allowed to use any psychedelic substance and determined their own dosage amount. Most individuals microdosed with LSD or psilocybin-containing mushrooms.

We know (placebo effect) is a strong component. Brains are amazing at making changes to align with what we expect.

"Our data clearly shows that microdosing leads to improvements in a wide range of psychological measures, confirming many of the anecdotal claims about it," says lead researcher Balasz Szigeti, PhD.

Szigeti continues, "However, participants taking placebos experienced the same improvements as the microdose group, arguing that the mechanism behind the benefits is not pharmacological, but rather explained by placebo-like expectation effects."

The placebo effect is a phenomenon that's been well documented. The effect demonstrates the power of the human brain to facilitate healing, and, in fact, can be just as effective as actual treatment in some cases.

“We know (the placebo effect) is a strong component," says pharmacologist David Mokler, PhD. "Brains are amazing at making changes to align with what we expect.”

Mokler's work in the study of psychedelics has spanned 40 years. After leaving the field due to lack of funding, the revitalization in research has brought him back, and he now serves as advisor to Havn Life, a biotech company focused on research around microdosing therapies.

While it's not fully understood how the brain so often meets these expectations, the ritual of treatment and the attitude toward it both play an important role. Belief in the efficacy of a treatment can be a powerful influence on its success.

"The context surrounding the use of psychedelics as a therapy is emerging as a major contributor to the outcome," says psychologist Dustin Hines, PhD. "Positive and supportive contexts during the psychedelic experience appear to be a key factor."

Because the study sample was not random, but instead, self-selected, Szigeti points out that participants had positive attitudes toward microdosing and psychedelics in general. And as illustrated by the results, the belief about the content of the capsules was a more important determinant than the actual content.

"Such positive attitude likely increased the participants' expectation of a benefit, which is the key to a strong placebo response," he says.

Illustrating this sentiment, following the study, one study participant noted, "I have just checked the remaining envelopes and it appears that I was indeed taking placebos throughout the trial. I'm quite astonished... It seems I was able to generate a powerful 'altered consciousness' experience based only the expectation around the possibility of a microdose."

Our results are negative about microdosing, however this should not be mixed into the discussion of psychedelic therapy. Crucially, there is strong emerging evidence that macrodosing can be useful for a number of mental health conditions.

When asked if microdosing can still be considered a beneficial practice in light of potential placebo response, Szigeti returns to the role of belief, as well. If you believe in microdosing, he says, it will deliver benefits. But those benefits do not reach beyond the placebo effect.

To better understand this, future research might need to focus on the dosage amount and purity level of the psychedelics consumed by participants.

"Long term, placebo will eventually fail, so these types of studies really need to be done with well-documented quantities of each psychedelic over a longer duration to draw any conclusions about their effectiveness," says Jackie von Salm, PhD, organic chemist and co-founder of Psilera Bioscience. "It is also very important to remember that not every psychedelic is created equal and the indication can determine the necessary dosing."

The Future of Psychedelic Therapy

While psychedelic therapy and microdosing might be perceived as new-age or trendy areas of research and treatment, the use of psychedelics for psychological well-being is an ancient practice in many cultures.

"Because of the intersection between the great need for innovation and wider social acceptance, researchers have started to explore hallucinogens as novel treatments for depressive disorders, including work with compounds that have been used for millennia,” Hines says. “Humans have known about compounds like peyote, ayahuasca, San Pedro cactus for thousands of years. Western society is just becoming woke to this.”

It's important to note that the microdosing conducted in this study differs from the psychedelic therapies used to treat different psychological conditions.

"Both involve psychedelics, but that is the only similarity," Szigeti says. "Accordingly, the medical utility of these two practices should be evaluated independently. Our results are negative about microdosing, however this should not be mixed into the discussion of psychedelic therapy. Crucially, there is strong emerging evidence that macrodosing can be useful for a number of mental health conditions."

But as we're seeing a boom in psychedelic research, it's very possible that the full range of benefits has yet to be seen.

“Could it help with depression or PTSD?" Mokler says. "That’s where I think, therapeutically, we might want to go, whether low doses can help someone who couldn’t be helped otherwise.”

While microdosing psychedelics has been shown to improve psychological well-being, even if it is rooted in placebo, these same benefits could potentially be achieved through a mindset of belief alongside other, non-psychedelic, remedies.

Psychedelic-Based Therapy Blends Traditional and Alternative Treatments for Depression
2 Sources
Verywell Mind uses only high-quality sources, including peer-reviewed studies, to support the facts within our articles. Read our editorial process to learn more about how we fact-check and keep our content accurate, reliable, and trustworthy.
See Our Editorial Process
Meet Our Review Board
Share Feedback
Was this page helpful?
Thanks for your feedback!
What is your feedback?
Speak to a Therapist Online
×
The offers that appear in this table are from partnerships from which Verywell Mind receives compensation.
Related Articles 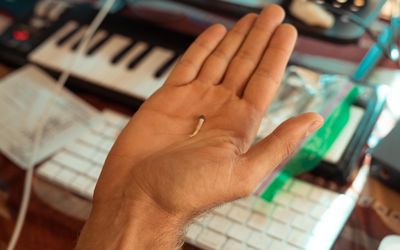