Priming and the Psychology of Memory

In psychology, priming is a technique in which the introduction of one stimulus influences how people respond to a subsequent stimulus. Priming works by activating an association or representation in memory just before another stimulus or task is introduced. This phenomenon occurs without our conscious awareness, yet it can have a major impact on numerous aspects of our everyday lives.

There are many different examples of how this priming works. For example, exposing someone to the word "yellow" will evoke a faster response to the word "banana" than it would to unrelated words like "television." Because yellow and banana are more closely linked in memory, people respond faster when the second word is presented.

Priming can work with stimuli that are related in a variety of ways. For example, priming effects can occur with perceptually, linguistically, or conceptually related stimuli. Priming can have promising real-world applications as a learning and study aid as well.

Priming is named as such to evoke the imagery of a water well being primed. Once the well has been primed, water can then be subsequently produced whenever it is turned on. Once the information has been primed in memory, it can be retrieved into awareness more readily.

There are several different types of priming in psychology. Each one works in a specific way and may have different effects.

Priming suggests that certain schemas tend to be activated in unison. By activating some units of information, related or connected units also become active.

So, why would it be useful for related schemas to become activated and more accessible? In many instances, being able to draw related information into memory more quickly might help people respond faster when the need arises.

For example, schemas related to rainstorms and slick roads may be linked closely in memory. When you see that it is raining, memories about possible slick road conditions may also come to mind. Because your mind has been primed to think of this information, you might be better able to think quickly and react rapidly when you encounter a dangerous, wet stretch of road on your drive home from work.

Priming has been observed in a variety of ways in psychology research labs, but what impact does it really have in the real world?

How You Perceive the World

The 2018 Yanny/Laurel viral phenomenon is one example of how priming can influence how you perceive information. An ambiguous sound sample was uploaded by an online user with a poll asking what people heard.

Some people distinctly heard "Yanny," while others clearly heard "Laurel." Some people even reported being able to switch back and forth between which words they heard.

Due to the aural ambiguity, psychologists suggest that people rely on priming effects to help determine what they are more likely to hear.

Research suggests that we do not hear by analyzing the frequencies of the noises that enter our ears and then determining the words that these frequencies form.

Instead, we utilize what is known as top-down processing. Our brains first recognize some sounds like speech. Then, our brains utilize context cues to interpret the meaning of these speech sounds.

This can help explain why people often misinterpret song lyrics. When the sound is ambiguous, your brain fills in the missing information as best it can. Priming effects can then come into play. If you are primed to interpret a lyric in a particular way, you will be more likely to hear it in a certain way based upon that priming.

In this case, factors related to sound quality and hearing ability also played a role. Younger people with less age-related hearing damage were more likely to hear "Yanny" because their ears are better able to detect higher frequency sounds. Those who heard Laurel tended to only hear lower-frequency sounds.

In one study, researchers implicitly primed participants with words commonly associated with stereotypes about elderly people. Upon leaving the testing booth, people who had been primed with words related to older adults were more likely to walk more slowly than participants who had not been primed.

In other words, bringing to mind stereotypes about elderly people being lonely and helpless actually led to people feeling lonelier and acting more helpless.

Researchers suggest that being exposed to such age-related stereotypes may lead to increased dependency and lower self-evaluations of ability and functioning in older people.

Teachers and educators can also utilize priming as a learning tool. Some students perform better when they know what they can expect. Tackling new material can sometimes be intimidating, but priming students by presenting information before a lesson is given can help.

Priming is often used as an educational intervention for students with certain learning disabilities. New material is presented before it is taught, allowing the student to become comfortable with it.

For example, students might be allowed to "preview" the books or materials that are going to be used as part of a lesson. Because they are already familiar with the information and materials, they may be better able to pay attention during the actual lesson.

How Does Attention Work?

While priming takes place outside of conscious awareness, this psychological phenomenon can play an important role in your daily life. From influencing how you interpret information to your behavior, priming can play a part in your perceptions, emotions, and actions.

What Is Classical Conditioning and How Does It Work?
15 Sources
Verywell Mind uses only high-quality sources, including peer-reviewed studies, to support the facts within our articles. Read our editorial process to learn more about how we fact-check and keep our content accurate, reliable, and trustworthy.
Additional Reading 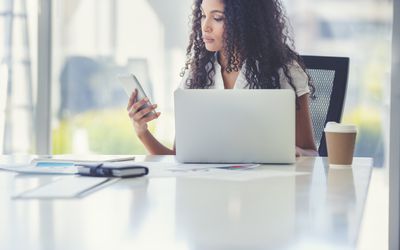